The Best Books About Hong Kong 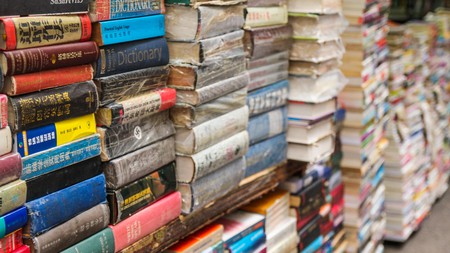 Vibrant, fast-paced, and full of stories, Hong Kong is a place where East and West have long intermingled. Growing from a fishing village to a bustling colonial trading port and one of Asia’s most powerful financial centres, Hong Kong has a colourful history and complex socio-cultural dynamics. The result is a city with an intoxicating, unique character that has captured the imaginations of both local and expatriate writers for decades. Here’s our guide to the best fiction and non-fiction books offering invaluable insight into Hong Kong.

British journalist and novelist John Lanchester spent much of his younger life in Hong Kong. His epic novel Fragrant Harbour, which spans much of the 20th century, begins in 1935. It tells the story of Tom Stewart, a young, adventure-hungry Englishman who journeys on the SS Darjeeling to Hong Kong, where he discovers a world of corruption and glamour. After settling in the city, Steward learns about the hidden world of warlords, drug dealers and Chinese triads, observing momentous events such as the Japanese occupation during World War II and the economic boom of the ’70s and ’80s that shaped the course of the city’s transformation. 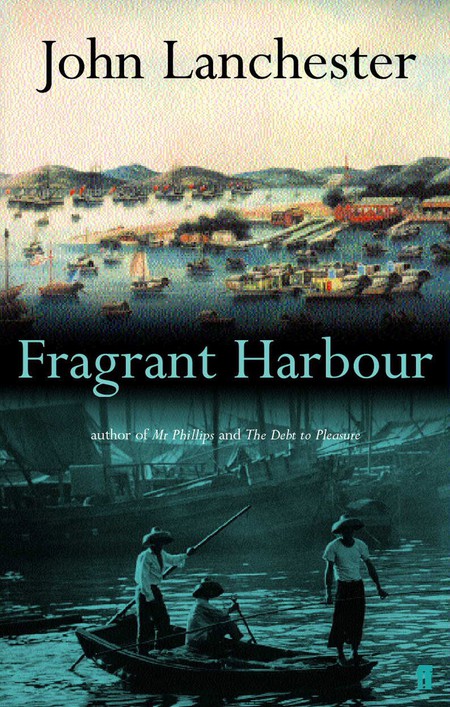 Loved and hated in equal measure, Hong Kong’s last British Governor, Chris Patten, was a controversial figure who introduced widespread institutional reform. While this was was strongly denounced by the Chinese government, it laid the foundations for the freedoms that the people of Hong Kong cherish. Published in 1998, the year after Hong Kong was handed over to China, this memoir provides an insightful glimpse into the last days of Empire from one of Britain’s last governors, and explains Patten’s fears and hopes for the territory as it entered a time of economic and political uncertainty.

Published in London in 1952, this novel by Chinese-born author Han Suyin is the inspiration behind the famous 1955 Hollywood movie and pop song, Love Is a Many-Splendored Thing. Set in Hong Kong, this cross-cultural love story charts the complexities of a relationship between a married British foreign correspondent and a Eurasian doctor, deftly capturing the clashing values of East and West.

Meaning ‘white devil’ in the local Cantonese language, ‘gweilo‘ is a racial epithet that refers to Caucasians in Hong Kong, and the title of this heartwarming memoir. Lancashire-born British novelist and poet Martin Booth, who grew up in Hong Kong during the 1950s, shares his experience of being a young expat in British-ruled Hong Kong surrounded by distinctly Chinese culture and values. From sampling local delicacies such as one-hundred-year-old eggs, to making friends with rickshaw drivers and visiting secret opium dens, Booth’s memoirs introduce a menagerie of intriguing and eccentric characters that illustrate the eclectic melting pot that is Hong Kong. 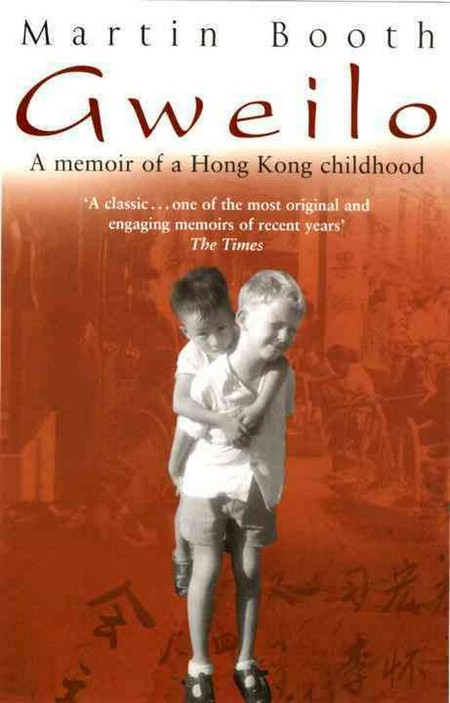 Hong Kong has a strong community of local and expatriate writers and journalists, many of whom are members of the non-profit Hong Kong Writers Circle. Each year the Circle publishes an anthology of short fiction written and edited by its members that addresses different themes pertinent to Hong Kong. Their latest anthology, released in January 2018, is Hong Kong Highs and Lows – a collection of short stories that looks at the chasm between the rich and poor in Hong Kong, and the dangers inherent in the unbridled ambition and greed that the city has been known to evoke. “I don’t know anywhere else in the world you can fly so high, so fast, and come down so hard,” writes Genevieve Hilton in Procurement, one of the anthology’s 21 tales.

Using research from both British and Chinese sources, Steve Yui-Sang Tsang’s A Modern History of Hong Kong charts the city’s journey from its beginnings as a small fishing village under the sovereignty of the Qin Dynasty, through its 156 years under British rule and its return to China in 1997. Also examining the changing relationship between the Chinese and expatriate communities and the emergence of a local identity, the book provides invaluable historical context to help readers better understand this fascinating city.

This global bestselling novel is set in Hong Kong in the 1940s and ’50s. It tells the story of an English piano teacher who begins an affair with the driver of the wealthy Hong Kong family she works for, and learns about a tragic romance from his past. Moving smoothly back and forth through time and offering a picture of life during the Japanese occupation of Hong Kong, The Piano Teacher is an adroit work of fiction that presents an intriguing picture of Hong Kong’s intricate social fabric. 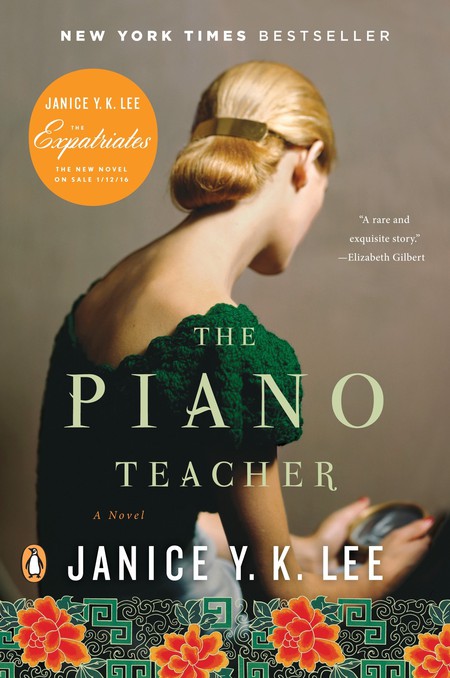 Author, activist and lawyer Jason Y Ng examines the Umbrella Movement – the pro-democracy protests that brought Hong Kong to a standstill and captured the world’s attention in 2014, so called due to the use of umbrellas as a means of passive resistance against the local police. The first English-language non-fiction book to chronicle this historic event, Umbrellas in Bloom looks at the causes, key players, events, and outcomes of this highly significant moment in Hong Kong’s recent history.

Set in the days leading up to the 1997 British handover of Hong Kong to China, renowned American novelist and travel writer Paul Theroux’s Kowloon Tong: A Novel of Hong Kong is, on one level, the tale of a middle-aged Englishman who frequents the “blue hotels” of Kowloon Tong, becomes romantically involved with one of his workers and embroiled in dealings with a shady and insistent Chinese businessman. On another, it is an incisive political fable about the anxieties surrounding the future of Hong Kong after the handover.

A story of financial intrigue, greed and corruption, James Clavell’s Noble House is a fictionalised account of the world of Hong Kong’s high-rolling moguls in the 1960s. Depicting Hong Kong as the playground of the rich and powerful, where powerful tycoons mix with political leaders and spies, Clavell plays up the city’s reputation as an unscrupulous world of financial ambition and avarice. 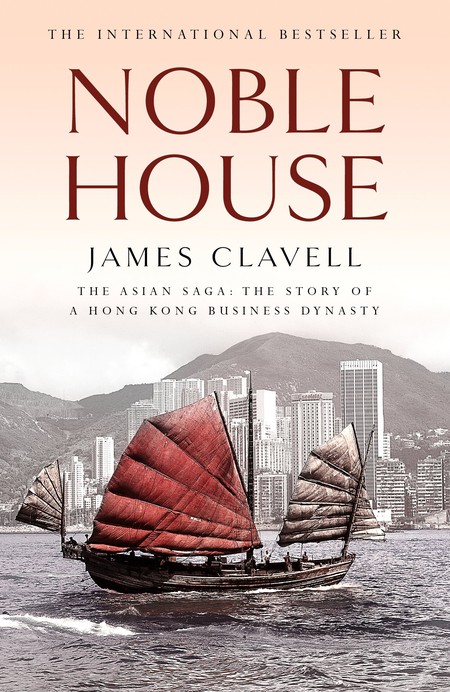 The uninitiated often think of Hong Kong as just an urban metropolis, packed with concrete high-rises and shopping malls. The territory is, in fact, also home to mountain peaks, verdant forests, waterfalls, beaches and rocky bays, and those who live here often spend their weekends out enjoying the abundant nature on their doorstep. Now visitors to the city are beginning to realise that exploring the area’s scenery is among the best things to do in Hong Kong. Guidebook author Pete Spurrier has picked out some of the best hiking trails in the territory, such as the Wilson and Lantau Trails – both of which take in spectacular views from low mountain peaks, and an altogether greener side to the city. In this book, Spurrier also notes things to look out for while en route: rustic coastal villages, tranquil reservoirs such as Wong Nai Chung, and World War II ruins.

For those considering a visit to Hong Kong, this pictorial travel book brings together text and images to offer an engaging snapshot of this dynamic city. Combining stunning images by photographer Ben Simmons with evocative text by author and columnist Nury Vittachi, this book presents readers with insight into the rich culture and history of Hong Kong, as well as inspiration for pre-trip planning.

This article is an updated version of a story created by Thomas Storey.