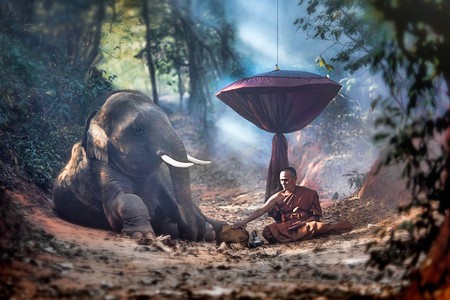 On October 19, 2016, members of China’s prestigious Peking University prevented Buddhist followers from releasing some 500 turtles into a campus lake. The Buddhist practice of live release, also known as Fang Sheng, is an increasing cause of concern due to the ritual’s potentially damaging effect on Chinese ecosystems. Here are the five basic facts you should know about this Buddhist custom.

In Chinese Buddhism, the tradition of Fang Sheng traces its origins back to at least the sixth century, when monks organized for worshipers to release fish and tortoises into temple ponds. Chinese Buddhists believe that the compassionate act of releasing captive animals will cleanse one’s sins and bring good karma.

During the Cultural Revolution of the 1960s and ’70s under Mao Zedong, Fang Sheng fell out of favor because it was seen as an outdated superstition. However, in recent years, the tradition has seen a resurgence, especially among younger generations. 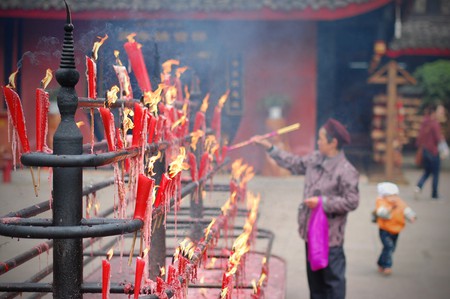 Millions of animals are set free each year

According to official estimates, around 200 million animals are ‘liberated’ in China each year. The animals released include fish, turtles, snakes, birds and even insects.

The introduction of invasive species can seriously disrupt existing ecological food chains, causing local populations to plummet. In other cases, the newly introduced species are unable to adapt to their new environment and quickly die after release. 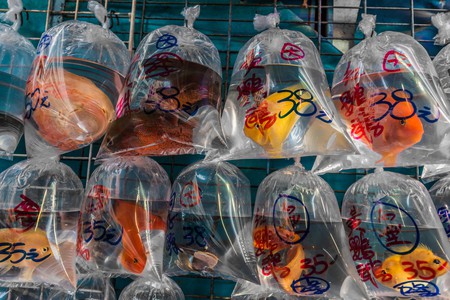 For instance, in Hong Kong, where 20 percent of the population is Buddhist, Fang Sheng practitioners often release fish and clams into Victoria Harbor, including the horseshoe crab, which is normally found in the local waters off the coast of Lamma Island and Lantau Island. When they’re released into the muddy and polluted waters of Victoria Harbor, they quickly die, unable to survive in their new environment. Conservationists worry that the ritual is putting already-threatened species at risk. 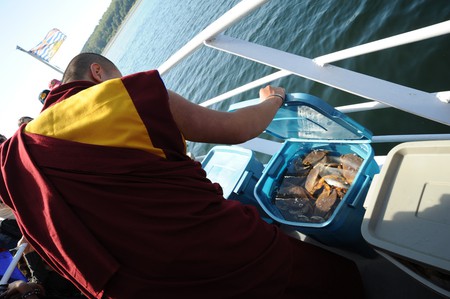 In China, it’s common for urban dwellers to travel to the countryside to release animals and then leave. Snakes are a popular choice; seeing as they are considered evil creatures in Chinese culture, their release is believed to confer an extra karmic boost. Consequently, villages in the provinces of Hebei and Liaoning have been terrorized by snake infestations in recent years, as the serpents found their way into villagers’ homes and caused at least one reported death.

Despite their good intentions, Fang Sheng practitioners are inadvertently supporting a booming, illegal wildlife trade, causing wild animals to be captured specifically for the purpose of then being released.

Poachers set up untold thousands of nets and traps in the wild, despite laws against illegal hunting, with around half of all captured birds dying in transit due to disease or mishandling. Sometimes, rare species near extinction also end up getting caught.

Activist groups point out that, clearly, Fang Sheng is causing much more animal suffering than it prevents, undermining the original point of the ritual. 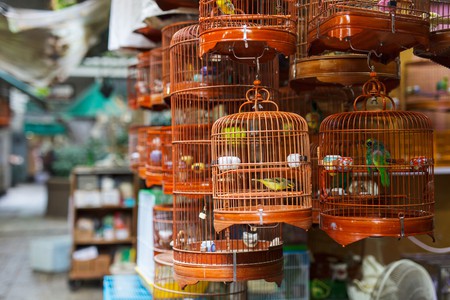