Beyond Hollywood: A Film Lover’s Guide to Hong Kong 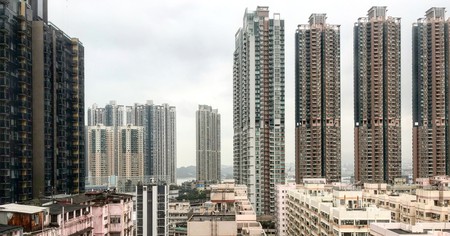 Chinese movies have transformed the film industry, from the heady days of ’80s action flicks like Police Story to Oscar-winning blockbusters like Crouching Tiger, Hidden Dragon (2000). We gathered the best spots for cinephiles to explore the vibrant homegrown film scene of Hong Kong, the world’s most visited city.

In our original series Beyond Hollywood, Culture Trip’s resident film editor Cassam Looch explores the cultures and film industries of stunning destinations around the world. In Hong Kong, we’re going back to the future as we trace the origins of martial-arts movies and look at how new technology could resurrect China’s domestic filmmaking.

Get around by public transit

For such a crowded city, transport is a surprisingly straightforward affair in Hong Kong. A great tip is to pick up an Octopus card as soon as you land. This electronic method of payment can be used on the metro, trams, buses and the Airport Express rail line. You can even buy food and drink with it.

Uber rides are available, and taxis are everywhere; they’re easily spotted as they’re painted with red bases and white tops. 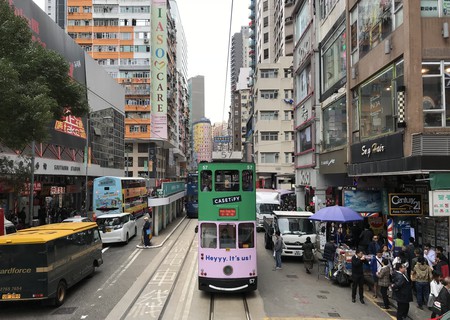 See the skyline from a DukLing boat…

When most tourists arrive in Hong Kong, the first thing they want to see is if the skyline they’ve been gazing at in so many films and TV shows actually lives up to the hype.

One of the best ways to take in the view is to hop on a DukLing boat and cross the harbour. If you time it just right, you can also experience the spectacular light shows that take place every evening. Hong Kong has the highest density of skyscrapers in the world, so your view is destined to be incredible. 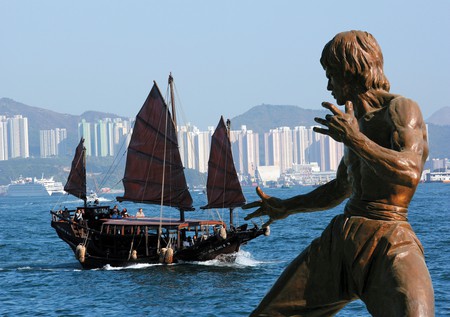 …or from the Sky100 Hong Kong Observation Deck

The International Commerce Centre (ICC) is the tallest building in Hong Kong, and you can head to the 100th floor to feel really above it all. There’s also a VR experience, allowing you to step back in time and see the legendary Bruce Lee in action in scenes reminiscent of the famous movies the star once appeared in. 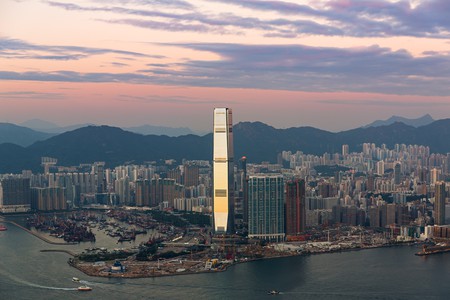 Get a sweet treat at the Kee Tsui Cake Shop

When it comes to Hong Kong’s street food, there’s something for everyone – as long as you’re feeling a little brave. For those with a sweet tooth (guilty), the Michelin-recommended Kee Tsui Cake Shop is an essential stop. The staff are friendly and will point you in the right direction whatever your needs may be. Best of all, the fried and baked treats are so fresh you can feel the heat as you tuck in. 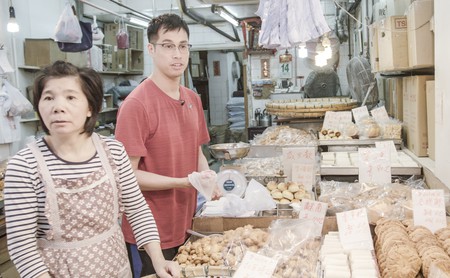 Satisfy your craving at the Kee Tsui Cake Shop. Still from the ‘Beyond Hollywood’ series, 2019 | © Culture Trip

Geek out at Cult Movie HK

A recent addition to Hong Kong, the Cult Movie HK memorabilia shop is a wonderful throwback to the golden era of Hong Kong cinema. The store’s owner, Alix, has spent decades putting together the collection and only now is ready to share it with the public. You can pick up some classic films like John Woo’s The Killer (1989) as well as discover some lesser-known titles and memorabilia such as cinema standees. 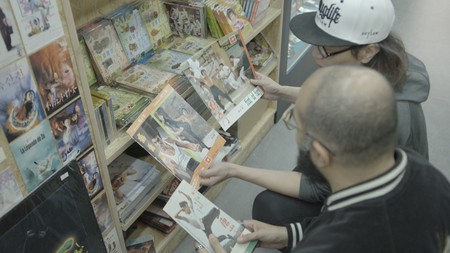 Take the express to Chungking Mansions

Besides action films, Hong Kong cinema’s other big movie export is Wong Kar-Wai, the critically acclaimed director. Chungking Express (1994) was shot on location near Chungking Mansions, and fans regularly search for the central plaza of the apartment complex to find the ultimate Instagram posting opportunity.

The trick is to remember that the film itself was predominantly shot in a neighbouring block, but the view you’re after is in Chungking Mansions. 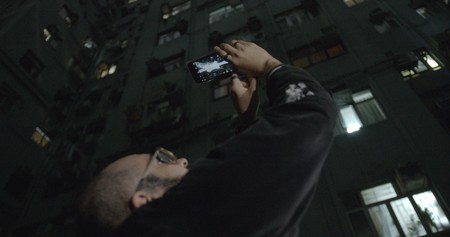 Chunking Mansions is one of the best Instagram spots in Hong Kong. Still from the ‘Beyond Hollywood’ series, 2019 | © Culture Trip

For excellent late-night browsing in Mong Kok, stop by Temple Street Market. The surrounding streets were previously an area of disrepute but in recent years have become a popular tourist destination. Locals will point you towards the food at Dai Pai Dong, which is about as authentic as you can get. Some of the city’s best-known fortune tellers are also found here, so look out for them. They’ll be expecting you… 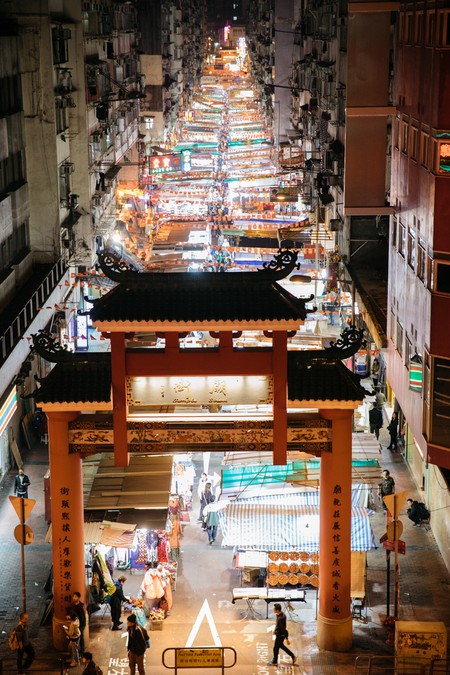 There’s a little-known Hong Kong experience, one that’s elusive even to most locals, that roughly translates in English to ‘petty person beating.’ Under specific road bridges at Ngo Keng Kiu close to the business district of the main island, you can find a number of small shrines where practitioners will literally “beat” bad vibes from your life. Simply write down the person or situation you feel is causing you misery and let your guide take care of the rest as they smash and burn your words in a ceremonial manner. 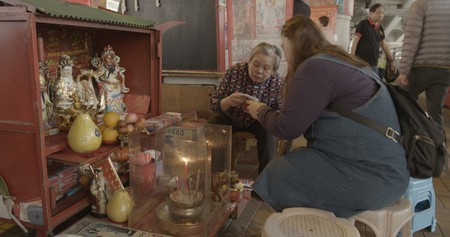 A visitor stops by for a petty person beating. Still from the ‘Beyond Hollywood’ series, 2019 | © Culture Trip

Make a pilgrimage to the State Theatre

If anywhere captures the decline of Hong Kong cinema in recent years, then it’s the State Theatre. Once a popular venue for movie lovers, with queues stretching round the block, the building is still standing but is now home to cheap stores selling everyday goods. There are plans for it to be refurbished, but for now it is best to head to the car park opposite and take in the view. The main building itself is still a joy to see. 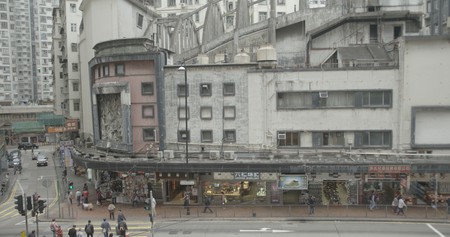 The State Theatre has seen better days. Still from the ‘Beyond Hollywood’ series, 2019 | © Culture Trip

Get (un)real at Playdium VR

The traditional cinema and storytelling we know from the past are almost gone entirely from Hong Kong, having transferred to mainland China. Innovation, however, offers a chance to experience creative narratives in a different way. Playdium VR and other virtual-reality arcades are springing up everywhere in Hong Kong, showing that technological advancements are changing the way we consume our entertainment. 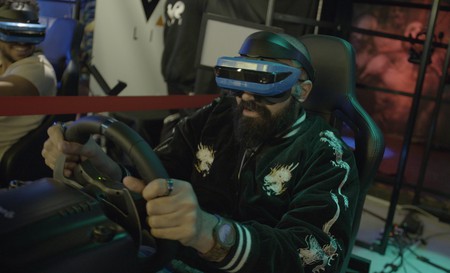