Best Tailors For A Bespoke Suit In Hong Kong 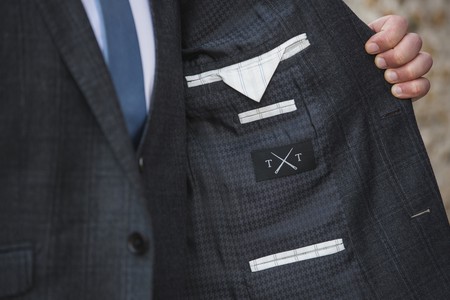 As an international business and finance hub, it goes to say that Hong Kong’s bespoke suit services are top-notch. The businesses on this curated shortlist have been around for decades, if not a century. Gentlemen looking to invest in a timeless, handmade suit should pay attention to the master tailors below.

Founded by W.W. Chan, a Shanghainese native, this renowned family business has been around since 1952. In the early 20th century, Chan was part of a generation of emerging Shanghainese tailors known as the Red Gang, known for fusing Russian, British, Japanese, and Chinese tailoring techniques.

With fabrics sourced from Italy and the UK, the faultless workmanship of W.W. Chan creations is immediately evident. Known for creating suits with clean lines, genuine horn buttons, and minimal shoulder padding, W.W. Chan is your best bet for a classic garment that’s a cut above the rest.

With 12 locations across the globe, including New York, Los Angeles, Manila, and Shanghai, as well as a clientele that includes French President Nicolas Sarkozy, this internationally lauded purveyor of sartorial excellence was first established in Hong Kong in 1953. Ascot Chang’s bespoke services entail premium workmanship and immaculate attention to detail, making everything from business suits to evening dress of all styles.

Each Ascot Chang creation features single-needle French seams, with 22 stitches per inch, as well as mother-of-pearl buttons sourced from Japan. There are 1000s of fabrics to choose from, including products from Ermenegildo Zegna, Holland & Sherry, and Loro Piana. In addition, customers can choose between 20 collar and cuff styles and 24 monogram styles.

Located in the supremely posh Mandarin Oriental hotel, A-Man Hing Cheong was founded in 1898 and has upheld the age-old traditions of English suiting for more than 100 years, making exquisite custom shirts, suits, and jackets. Stop by their showroom to check out over 1,000 premium fabric samples, primarily sourced from the UK. For a conservative, classic English suit with a clean silhouette, look no further than this luxury tailoring house. One suit takes about five days to complete.

This world-famous tailor was founded by Sam Melwani in 1957 and is now run by his sons and grandson. Sam’s Tailor was responsible for making the uniforms of colonial British troops in Hong Kong until the city ceased being a British colony in 1997, and the store’s A-list clientele has included the likes of Bruno Mars, Michael Jackson, Tony Blair, and Richard Gere. Popular among tourists, a suit made here costs a fraction of the price of the other tailors on this list, but with the same commitment to detail and sophisticated elegance.