Apartments in concrete pipes called ‘OPod homes’ are the latest proposal to try and tackle Hong Kong’s housing crisis, but will people really be happy to sleep in re-purposed drain pipes? We take a look inside.

Hong Kong has a space issue – it’s already known as the ‘vertical city’, where developers have built upwards to create more homes. This has resulted in more tower blocks and skyscrapers than anywhere else in the world. Living in shoebox apartments is commonplace in the city. Space comes at a premium; Hong Kong has held the title for the most expensive property market in the world for years.

With demand for living space on the increase, sky-high property prices show no signs of disappearing. So how does a city create more affordable housing? Hong Kong architect James Law believes that micro-homes made of concrete pipes could be the solution. He has created a prototype of what he calls an ‘OPod tube home’, which is low cost, can be stacked on top of another OPod, and slots neatly into gaps between city buildings. 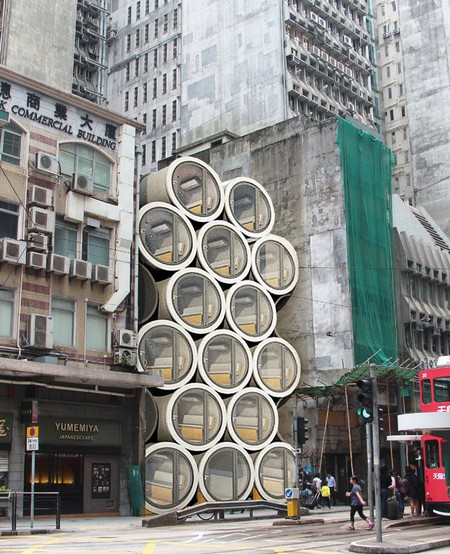 These OPod tube homes are just 2.5 metres (8.2 ft) wide and offer, in total, 9.29 square-metres (100 sq.ft) of living space. Designed as a micro-living apartment for one to two persons, to say that living in one of these concrete water pipes is ‘cosy’ would be an understatement.

Law’s vision is that tube homes will create affordable living spaces or ‘starter homes’ for young people trying to stay in space-starved Hong Kong. ‘Residents could live happily in the tubes for one to two years. They would appeal to young people who can’t afford private housing’, he said in an article in Dezeen.

The interior of the pipe contains facilities for living, cooking and bathing. Items include a bench that converts into a bed, a mini-fridge, storage spaces and a wooden floor to make it easier to move around. The rear of the pipe is screened off to form a bathroom compartment with a shower and a toilet. Law foresees the cost of buying one of these pipe homes to be just $15,300 (£10,700). 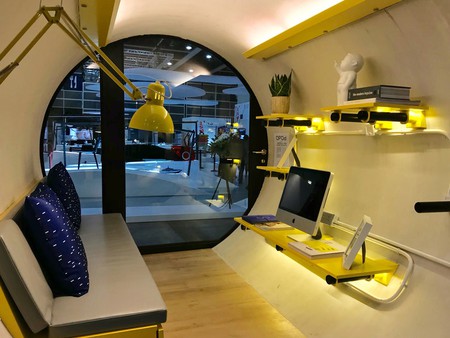 Currently, the project is in its prototype stage; however, Law is presently talking with local government with the intention to start installing and renting out OPod homes.

Law told Dezeen magazine that he doesn’t see his proposal as a permanent solution to Hong Kong’s housing crisis, but he believes his design could provide temporary relief for residents looking for something affordable in the short-term. 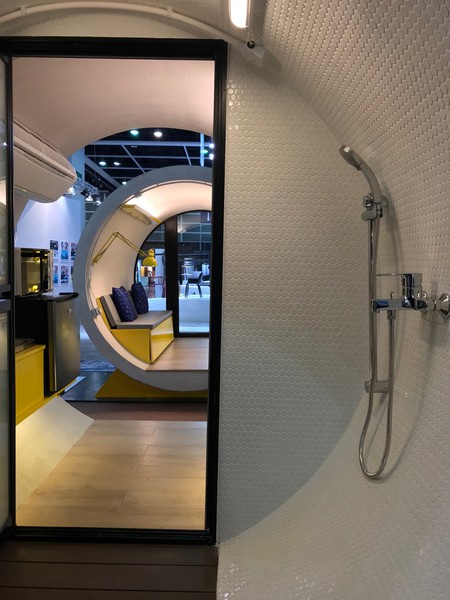 Not everyone has been enthralled by the idea of living in a converted drain pipe. Critics have labelled the design a ‘hamster wheel, but for humans’ and ‘inhumane’, with one netizen claiming ‘proper housing and living space should be a human right and a thing worth fighting for’.

Others have branded the OPod homes to be no different than Hong Kong’s highly criticised ‘coffin cubicles’ or ‘cage homes’. A staggering 200,000 people in the city are already thought to be living in tiny, low income apartments nicknamed ‘cage homes’ that are just 4.6 square meters (50 sq. ft.) in size, no bigger than half the size of a standard parking space. 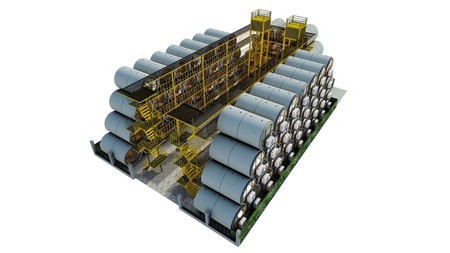 Could a converted drain pipe be the solution to Hong Kong’s housing crisis? One netizen remarked, ‘I’d be willing to bet the architect would not even think about living in it himself’. At least for now, we’ll have to wait and see whether or not the OPod will remain a pipe dream or become a reality.