Hong Kong, proclaimed to be a culinary paradise in Asia, bridges the gap between the East and West, offering a wide range of cuisines from different countries. As part of an ongoing series, Culture Trip Hong Kong brings you interviews with notable chefs and founders of restaurants in Hong Kong, introducing you to the most indulgent cuisine. This week we interviewed Executive Chef Chris Whitmore of Aberdeen Street Social – a restaurant founded by Michelin-star Chef Jason Atherton – offering a taste of modern British cuisine and cocktails.

Exposure to Great Ingredients at a Young Age

Chef Whitmore is originally from Burwash, a village in the South of England, halfway between London and Brighton. ‘I grew up in the countryside – it’s very pretty.’ Whitmore recounts that he and his mother would cook everything they ate and used the freshest ingredients, including vegetables from their garden. ‘For me, it’s normal. My mother would never use anything from a packet. We even have sheep, so lamb from the garden as well.’

It was only when he joined the restaurant industry that he found out what this childhood experience would offer him. ‘I suddenly realized I had this enormous knowledge of plants, food, ingredients,’ he says. Nowadays when he runs Aberdeen Street Social in Hong Kong, he goes far and wide to source the most suitable products in order to bring customers the real flavors of modern British food. ‘We do fish and chips every Friday,’ Whitmore says, ‘and I need to order the potatoes five days in advance from abroad. If I use the potatoes available locally, we don’t get the same effect.’ 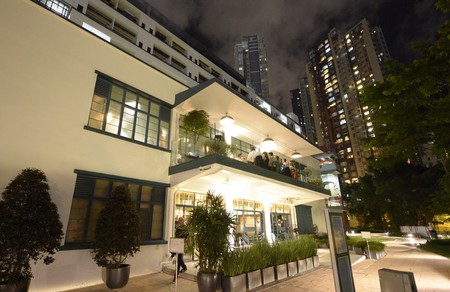 Aberdeen Street Social, whose name shares the same ‘social’ concept as Jason Atherton’s Pollen Street Social in London, encourages customers to be active and engage in social activities over drinks or a meal. The restaurant is located in the historic PMQ in Soho, a 1950’s building that was the former Police Married Quarters, now revitalized as a hub for creative and design industries. 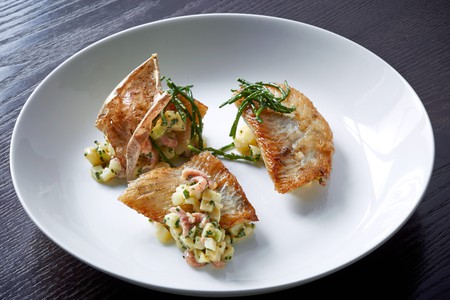 Although Chef Whitmore is very passionate about the restaurant industry, he did not start out as a chef. He worked as a real estate agent for five years after graduating from university with an aerospace engineering degree.

‘But then I was seeking something new,’ he says. He quit his job and flew to Australia on a working holiday visa; it was there that he found his passion. He was offered a job in a restaurant as a dishwasher and then helped in the preparation of the food. Eventually, he became a chef. ‘I really enjoyed working there. I really like the passion, that people enjoy what they are doing. Especially after an office job, it’s so refreshing to find somebody talking about their work with such intensity.’

In 2005, Whitmore returned to the UK and worked at Gordon Ramsay’s Maze in London for three years, standing by Jason Atherton when he received his first Michelin star. In 2009, he was then appointed Senior Sous Chef at the three Michelin star Restaurant Gordan Ramsay in Chelsea, London. 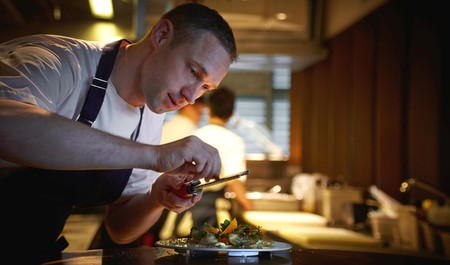 Since 2012, Whitmore has worked as an Opening Chef for the Jason Atherton Restaurant Group. He was part of the opening team of 22 Ships in Hong Kong, a no service charge, no reservation tapas bar. In May 2014, he became the Executive Chef at Aberdeen Street Social. ‘It was an easy decision for me. I didn’t need to think about it,’ he says. He wanted to bring Hong Kongers a taste of traditional British cooking.

Whitmore also manages the kitchen and 24 chefs in his own unique way. ‘I try to run my kitchen with education as opposed to shouting. For me, it’s better to educate people while they are doing things. A lot of these youngsters in Hong Kong might not know much about Western cuisine, so it’s nice for them to find out the reasons why you do certain things. I think that’s much more important.’ 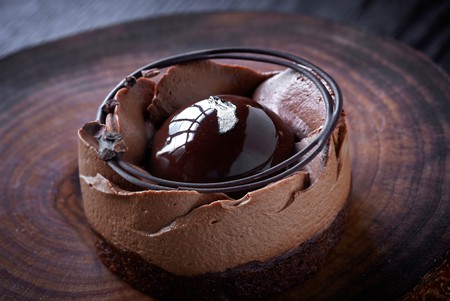 In March 2016, at the Taste Festival, held in Hong Kong for the first time, Chef Whitmore and his team provided a service for over 14,000 visitors over the four day event. ‘It’s something we don’t normally do in the kitchen. I get to get my guys out from the kitchen and into another environment. They get to see other people’s food. Super exciting.’ The festival started out in London in 2004 and has since been celebrated in 22 destinations including Paris, Rome, Dubai, Sydney and Cape Town. Taste of Hong Kong offered an exclusive experience of Hong Kong’s latest top tables and culinary trends, including renowned high-end restaurants such as Aberdeen Street Social, Amber, Arcane and the 24-hour London restaurant Duck & Waffle.