A Year in Hong Kong in 10 Festivals 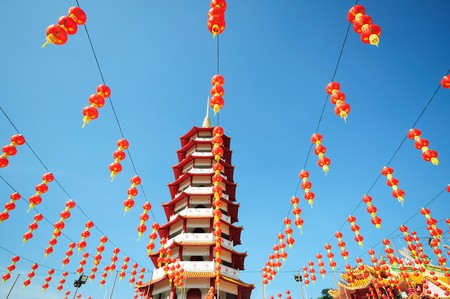 Festivals in Hong Kong take many shapes. Typical Chinese holidays are still widely celebrated, but so are contemporary music, art and wellness festivals. Here are the key events to look out for if you’re planning a trip to Hong Kong.

For many in this part of the world, the year only really begins on Chinese New Year. This two-week-long celebration follows the lunar calendar and usually occurs sometime in February. To welcome the year ahead, families traditionally flock to the end-of-year fairs to get new clothes, lucky flowers and good food. On the first night, Tsim Sha Tsui kicks off the celebrations with the annual parade. On the second day, you can find lion dance performances throughout Hong Kong, before heading to Victoria Harbour to watch the spectacular fireworks show. 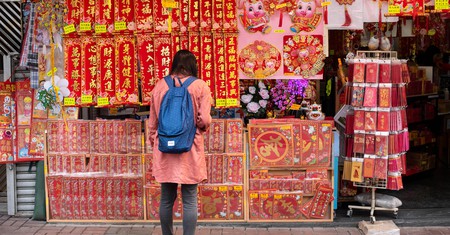 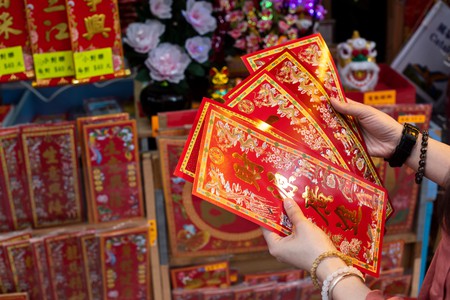 For art lovers, the best time of the year to visit Hong Kong is in late February and March, when two famous arts festivals come to town. The Hong Kong Art Festival was established in the ’70s to showcase the works of local and emerging talents. Lose yourself in Western and Chinese opera, classical and jazz music, and theatrical performances. You can also learn some musical skills of your own in one of the workshops and masterclasses. Late March brings in Art Basel, an international exhibition which takes place at the Hong Kong Convention and Exhibition Centre.

With morning parades, lion dances and a 500-foot luminous dragon dance, the Tai Kok Tsui Temple Fair offers a chance to be immersed in traditional Chinese folk rituals. Running for the 15th year, it is held in Tai Kok Tsui at Hung Shing Temple. The festival celebrates the Taoist sea god after which the temple is named, who was thought to bring protection to local fisherman. The fair only lasts for a day, with festivities running from 10am until 9:30pm. You can also try the traditional Chinese New Year basin meal, but you’ll have to reserve online. 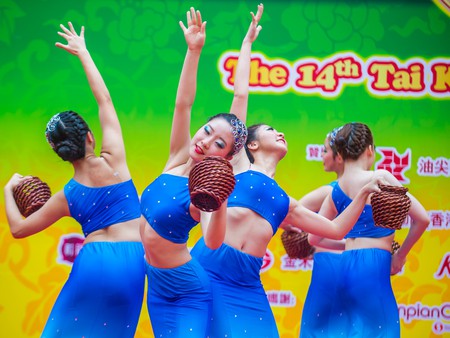 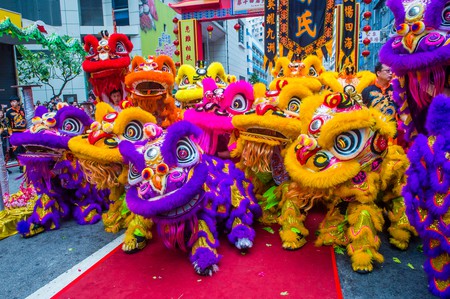 Tin Hau is another popular Taoist sea deity who has temples all over Hong Kong. Her birthday, on the 23rd of the third month of the lunar calendar, is celebrated all over the city through Fa Pau Raffles. Historically, these ‘fa pau’ consisted of bundles of firecrackers, and people would scramble over each other to grab hold of them for good luck. However, in the interests of health and safety, it is now just a typical raffle. The largest-scale celebrations take place around Tin Hau Temple, where a long procession of dragon dancers and drummers weave through the streets of Yuen Long. 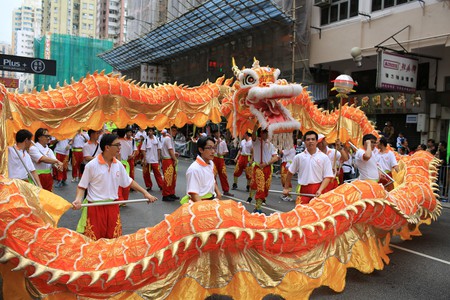 Every year from the 5th to the 9th of the fourth month in the lunar calendar, a series of religious ceremonies, lion dances and parades take hold of the island. The Bun Festival began in the Qing Dynasty as a ritual to stop a plague, when locals appealed to the god, Pak Tai, to save them from disease. Nowadays, the festival is famous for an event that takes place on the last day – the Bun Scrambling Competition. Competitors scale a three-storey conical structure covered by (now plastic) buns. The more buns they collect, the better their fortunes for the coming year. 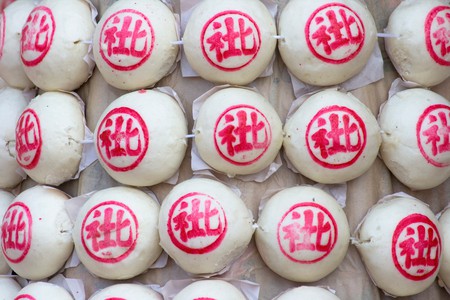 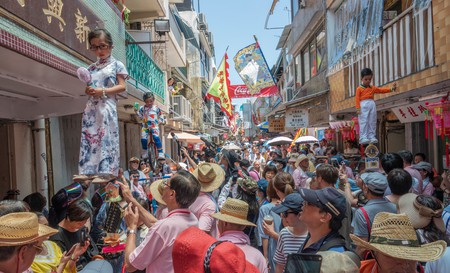 The Dragon Boat Festival is a traditional Chinese folk ritual that’s celebrated by eating dumplings and racing in boats decorated like dragons, to pay respects to the country’s most beloved poet, Qu Yuan. The celebrated poet was so upset after a military defeat that he threw himself into a river. Afterwards, people started rowing dragon boats to scare the fish and stop them from eating Qu Yuan’s body. Nowadays, the focus of Dragon Boat racing has shifted from custom to competition. The best place to watch the races in Hong Kong is in Stanley, Shing Mun River, or Victoria Harbour. Teams also tend to dress up for the event and it’s a lively affair for all involved. 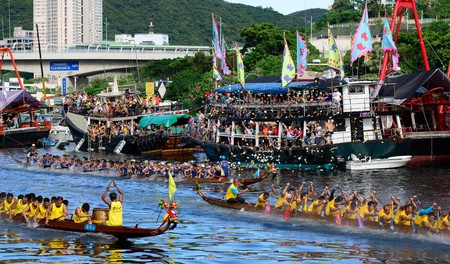 The Chinese Opera Festival celebrates the art form and all its regional variations through talks, exhibitions and performances. While the Cantonese style is native to Hong Kong, the two-month-long festival also showcases Shanghainese and Jiangsu styles. The event is spread over two months. Performances primarily take place at the Hong Kong Space Museum and Yau Ma Tei Theatre. 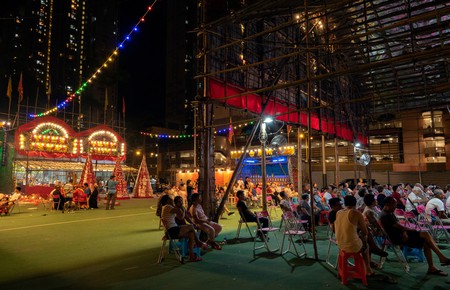 For three days during Mid-Autumn Festival, Hong Kong is enveloped by smoke and noise as a 67-metre-long dragon made up of 300 dancers and 24,000 incense sticks weaves its way through the back streets of Tai Hang. The dance began in the 19th century to disperse bad luck in what was then Tai Hang Village, and what is now Causeway Bay. The harvest festival also coincides with the full moon, which is celebrated through hanging lanterns, eating round fruits and gifting mooncakes. 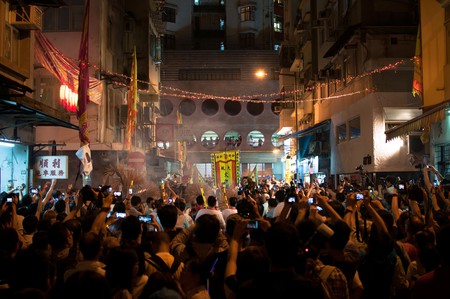 For wellness lovers and yoga junkies, Iris is a relatively new weekend festival which aims to promote healthy and sustainable living. With a series of workshops and panels held throughout the day, you can start off the morning with Vinyasa, then try acroyoga before taking a Bollywood dance class, and finally round off the day with a stretching class. There are fitness stations and healthy food stores, as well as pop-up stores selling yoga clothes and equipment.

A celebration of the local, regional and international music scenes, Clockenflap has become a big event since its inception in 2008. This three-day music festival aims to introduce international indie music to Hong Kong. Clockenflap has grown in size and scale over the years, and now occupies the prime Central Harbourfront Space. 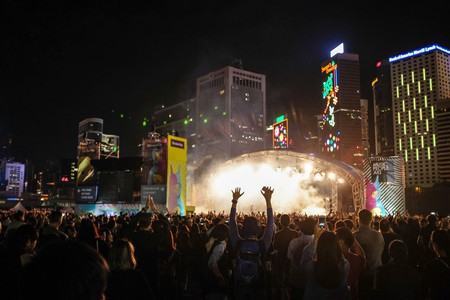