A Traveller's Guide to Lamma Island 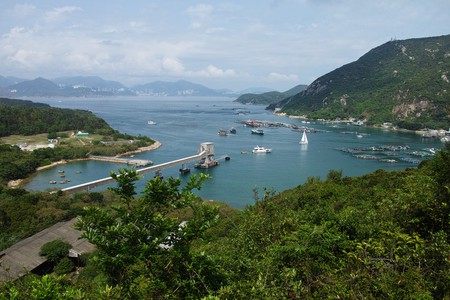 Lamma Island is the third largest of Hong Kong’s 260-plus outlying islands. It’s popular with day trippers wishing to escape the hustle and bustle of the city in favour of a relaxed day out. Explore Lamma’s rustic villages and coastal scenery, walking and hiking trails, or peaceful beaches, local temples and popular seafood restaurants. Here’s everything you need to know to get the most out of a trip to this beautiful island.

Hiking: A good place to start is with Lamma’s popular family hiking trail, which takes just over an hour to walk. The 3km trail connects Lamma’s two largest villages along concrete paths with ample opportunity to take in the island’s stunning scenery. The trail starts from the ferry pier at Yung Shue Wan in the north-west and leads to Sok Kwu Wan in the south where several of the island’s finest seafood restaurants await you. Alternatively, there’s the 2.5 hour Ling Kok Shan trail which circles around the southern half of the island and takes in Lamma’s rustic old villages and serene coastal scenery. 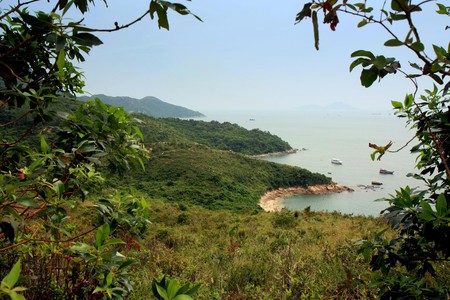 Tin Hau: Lamma is home to the 19th-century Tin Hau Temple. There is an abundance of temples in Chinese coastal areas dedicated to Tin Hau (Goddess of the Sea) but this one is particularly distinctive. The reason being that a pair of stone lions crouching at the gate of the temple were damaged in 1960 and later replaced by Western-style stone lions, which serious temple buffs will find amusing. 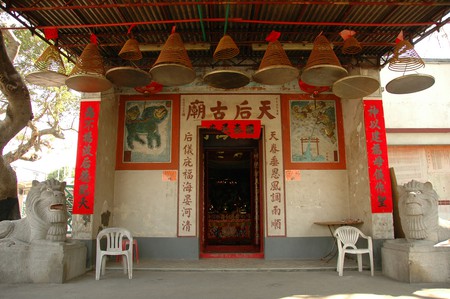 Beaches: Lamma’s two main beaches, Hung Shing Yeh Beach and Lo So Shing Beach both offer crystal clear water and golden sand, making them ideal for sunbathing and swimming. There are designated BBQ spots as well for those wishing to cook their own lunch. Interestingly, Lamma is also home to Sham Wan – a beautiful bay in the south of the island that is Hong Kong’s only regular nesting site for endangered green turtles. However, the beach is closed to the public from June to October in order to protect the green turtles and their eggs.

Kamikaze Caves: these caves are remnants from WW2 and were dug out by Japanese troops as hiding places for their boats and ammunition. The three caves occupy a series of tunnels along a trail from Lo So Shing to So Kwu Wan and although dark and a little spooky, they remain some of the more interesting historical sites on Lamma. 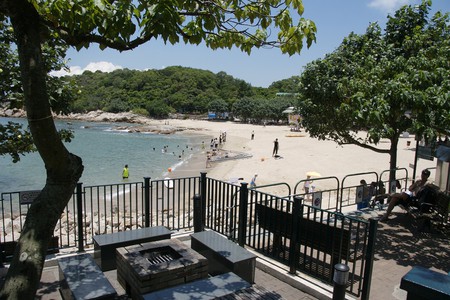 Since Lamma is traditionally a Chinese fishing village, it’s all about the fresh seafood here. There’s a multitude of fantastic seafood restaurants located close to the ferry pier at So Kwu Wan.

Lamma Rainbow is the largest seafood restaurant with 800 seats. The waterfront restaurant offers several specials including its famous rainbow fish (star garoupa), lobster and abalone. Portions here are large and perfect for sharing. They even operate their own ferries to shuttle guests back and forth from Central Hong Kong to Lamma Island.

Tai Yuen Restaurant is an unfussy family owned seafood restaurant which has a hidden-gem feel to it. Here the emphasis is truly on the food. Their seafood is exceptional and comes straight out of the tank ensuring it’s super fresh and cooked to perfection. They offer pleasant views overlooking the surrounding bay too.

Bookworm Cafe is a popular haunt for Hong Kong’s health conscious eaters as it offers a variety of organic vegetarian fare. Tasty salads, veggie burgers and even their own take on shepherd’s pie are all well worth a try. The cafe is also a second-hand bookshop.

The Waterfront Restaurant & Bar is, as the name suggests, located mere metres away from the lapping waves in a lovely spot overlooking the harbour. They offer a mix of seafood, Italian and Indian dishes. Reasonably priced and friendly staff make it a popular spot for a drink and bite to eat after a day’s hiking. 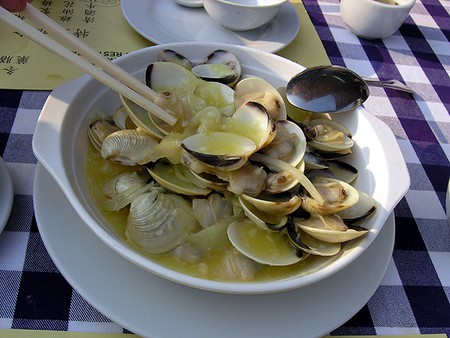 How to get Around

There are no vehicles or public transport on Lamma Island, except for emergency vehicles. It’s either bikes or walking, which can make for a nice change of pace!

Lamma Island is more commonly a place where visitors come for a day trip to hike, dine at its popular seafood restaurants or spend a day at the beach. However, there are a couple of options for those wishing to stay for a longer period.

The best of the bunch is Dayan Petit Resort – it’s a friendly B&B located just off Lamma’s Hung Shing Yeh Beach and offers 6 pleasantly decorated rooms each featuring a balcony or mini garden. Rooms are priced at HK$1,380 and upwards per night.