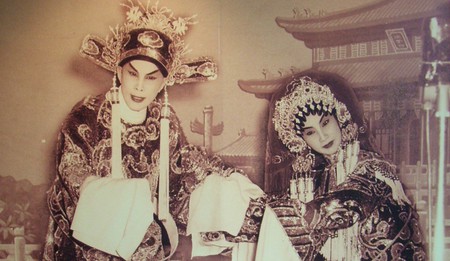 Hong Kong cinema was born long before the stardom of Bruce Lee and Jackie Chan, or the arthouse films of Wong Kar-Wai and Ann Hui. Instead, the story of Hong Kong’s film industry begins back in the early 20th century. Read on to follow the developments of the first era of Hong Kong cinema up until the 1970s.

The story of Hong Kong’s film industry begins during the silent film era with Lai Man-Wai, the ‘Father of Hong Kong Cinema’. Lai produced Hong Kong’s first feature film, Zhuangzi Tests His Wife (1913), with an American businessman named Benjamin Brodsky. The story centers around Taoist scholar Zhuangzi, who decides to test his wife’s loyalty to him by faking his own death, with Lai himself playing the role of the wife. Curiously, because Brodsky took the film to America with him, this Hong Kong first was screened in the States but not in the colony itself. 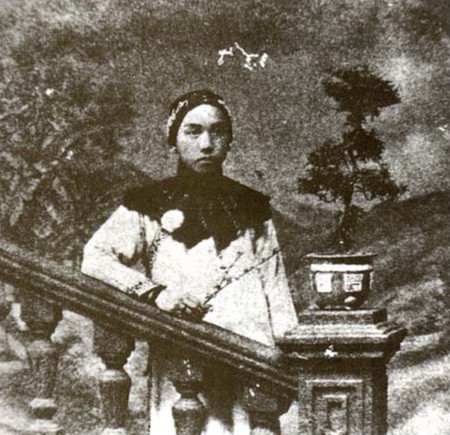 Twelve years later, Lai produced the romantic drama Rouge (1925), which was shot in Guangzhou. Rouge was well-received, but the outbreak of anti-imperialist protests caused most cinemas in the city to close down.

It wasn’t until the 1930s that the film industry picked itself up again with the rise of Cantonese-language talkies. The first of these talkies was White Gold Dragon (1933), produced by a Shanghai studio named Tianyi, the predecessor of the Shaw Studios film empire. The film’s success convinced the Shaw brothers to relocate to Hong Kong.

The buildup to and outbreak of the Second Sino-Japanese War in 1937 reoriented Hong Kong filmmakers, who began to make patriotic, anti-Japanese films. The first of these was Lifeline (1935), with war dramas like Behind the Shanghai Front (1938) following. At the same time, Shanghai’s film industry suffered because of the war, and as a result Shanghai’s filmmakers began to move to Hong Kong, then a British colony. This influx of talent was a huge boon to Hong Kong’s film scene, and an astonishing number of cinema houses were built in the colony around this time.

However, in December 1941 the Japanese invaded, halting the burgeoning film scene in its tracks. Studios were bombed, American films were banned and theaters could only show Japanese movies. The occupation affected the film industry so significantly that Hong Kong’s first postwar feature film, Flames of Passion (1946), was released a whole year after the city was liberated.

Postwar Hong Kong cinema boomed from the 1940s to the mid-1960s, with Cantonese opera rising to the forefront. In the 1950s, over 500 opera films were made, and the actors that performed in them were the colony’s biggest stars.

Of particular note is the masterpiece The Purple Hairpin (1959), directed by Lee Tit and written by celebrated librettist Tong Tik-Sang. The film follows the story of a courtesan in ancient China who loses her hairpin. The jeweled trinket is found by a scholar, and the two enter into a romance. The film starred Yam Kim-Fai and Pak Suet-Sin – two of the most revered performers in Cantonese opera history – as the romantic duo. Yam, who was a woman, was known for her ability to play both male and female roles thanks to her talent for singing in a lower register, and remains one of Hong Kong cinema’s most intriguing historical figures.

Around the same period, Hong Kong-produced Mandarin movies also proliferated, leading to hits like Between Fire and Water (1955) and big-budget spectacles like Soul of China (1948), which was directed, scripted and acted by Shanghai talent, and put Hong Kong on the map of Mandarin film production.

The Rise Of The Superstar

Between 1960 and 1970, Cantonese movie studios churned out almost a thousand feature films. However, by the mid-1960s traditional Hong Kong movies had fallen sharply in popularity. Having stuck to the same formula for decades, they failed to resonate with a younger generation raised on the Beatles and Mandarin pop hits from the mainland. Instead, the appearance of Taiwanese romantic films and kung-fu movies from Bruce Lee took center stage. It marked the end of an era in Cantonese cinema, and the beginning of a new one.