A History Of Po Lin Monastery In 1 Minute 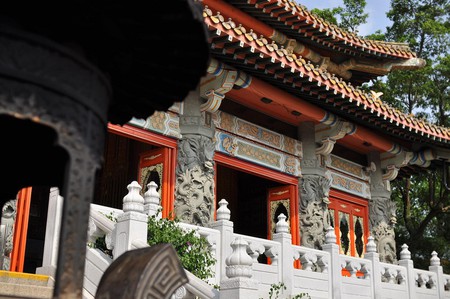 Over the course of a century, Po Lin Monastery transformed from a single thatched hut in the desolate mountains of Lantau Island into one of the most important centers for Buddhism in Hong Kong. Today, the complex consists of palatial halls and gardens, as well as the famous Big Buddha statue. Read on find out about the history and development of this monastery.

The monastery’s origins date back to 1906, when three mainland Chinese monks of the Zen school of Buddhism visited Hong Kong and fell in love with Lantau Island’s tranquil environs. They set up a thatched building in the mountains there, living off crops they grew outside.

Over time the monastery grew as pilgrims were drawn to the rural spiritual retreat, which was originally known as Tai Mao Pung, or ‘Big Thatched Hut’. In 1924, it officially became the Po Lin Monastery and its first abbot was appointed. 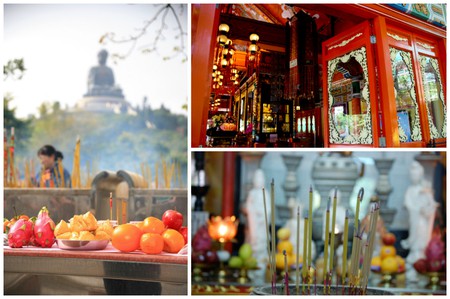 The monastery continued to expand throughout the next few decades, transforming into the complex of grand buildings and courtyards we see today. More than a dozen halls, pagodas, gardens and shrines were built as the number of worshippers and visitors swelled, including the Hall of Great Perfection, the Pagoda of the Lotus Sutra, and the Main Shrine of Big Buddha.

In 1979, a delegation from Po Lin Monastery traveled to mainland China to meet with members of China’s Buddhist Association. The establishment of strong ties between the mainland and Hong Kong Buddhist communities was integral to the construction of the Big Buddha, a major architectural feat. Construction of the Buddha began in 1981, and was completed in 1993. At 34 meters tall, the statue is the largest seated bronze Buddha in the world and is a major landmark and tourist attraction.

Po Lin Monastery continues to play a prominent role of Buddhist life in Hong Kong. Additionally, the monastery has endeavored to spread globalization and education, and has supported the building of over 300 schools in mainland China since 1994.