A History Of Hong Kong's Peninsula Hotel In 1 Minute 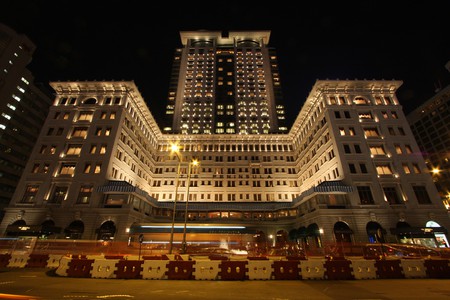 The glamorous Peninsula Hotel is the flagship hotel of the Peninsula Hotels group and the oldest hotel in Hong Kong, opening in 1928. It’s located on the southern tip of the Kowloon Peninsula in Tsim Sha Tsui, and over the years, the hotel’s name has become synonymous with white-glove service and Old World grandeur.

The Peninsula was founded by two brothers, Ellis and Elly Kadoorie, of the wealthy Kadoorie family from Baghdad. The hotel officially opened its doors on December 11, 1928, and was billed as the ‘finest hotel east of the Suez.’ It went on to be known in local parlance as the ‘Grand Dame.’

During World War II, Hong Kong was invaded by Japanese forces and fell into enemy hands. Once it became apparent that resistance was futile, the Governor of Hong Kong, Sir Mark Aitchison Young, surrendered in person at the Japanese headquarters in The Peninsula. Young was subsequently imprisoned in the hotel for two months before he was sent to a prisoner-of-war camp in Shanghai.

During the occupation, the hotel was renamed the Toa Hotel and used as the Japanese headquarters. But it only lasted until Britain regained control of Hong Kong in 1945. 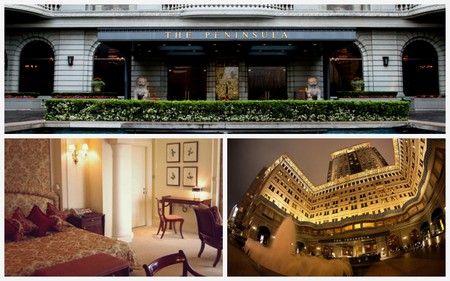 After the Second World War, the hotel’s ballroom was used to house hundreds of Jewish refugees from Shanghai. In the lead up to the war, tens of thousands of European Jews had fled to Shanghai and had to go to Hong Kong to collect their visas before being repatriated back to the West. The Kadoories (themselves a Jewish family) played a key role in providing accommodation and petitioning the Immigration Department on behalf of the refugees.

The end of the war allowed The Peninsula to return to its former glory. In 1953, the French restaurant Gaddi’s opened on the first floor of the hotel and remains one of the city’s most prestigious haute cuisine destinations.

A major expansion project in 1994 saw the addition of a new 30-story tower on top of the original six-story hotel, as well as a Roman-inspired pool, a rooftop helipad, and the legendary Felix restaurant and bar, which boasts spectacular views of Victoria Harbor from the 28th floor. Over a century after its opening, The Peninsula is still considered by many to be the best hotel in the world, as well as one of Kowloon’s landmark buildings.