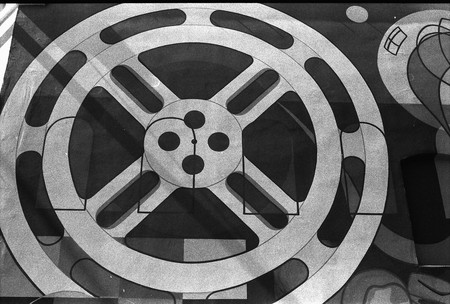 In the late 1970s through the mid-80s, a new generation of innovative filmmakers burst onto the Hong Kong film scene and became collectively known as the Hong Kong New Wave. Named after the French New Wave of the late 50s and 60s, these directors revitalized the city’s ebbing film industry and reoriented Hong Kong cinema as a whole with their experimental techniques, personal narratives and serious artistic visions.

Among the major figures of the New Wave, the most important names included Ann Hui, Tsui Hark, Allen Fong, Alex Cheung, Patrick Tam and Yim Ho. This generation of filmmakers shared common career trajectories: they were all in their 20s and 30s, were educated in film schools and abroad, and returned to Hong Kong to begin their careers at television stations before leaving for the film industry. As a result, they all had at least two things in common. Firstly, they combined their formal training in film with youthful willingness to take risks. Secondly, they took film as a serious art form rather than as a primarily commercial pursuit.

The Extra (1978), directed by Yim Ho and revolving around the struggles of a freelance actor, marks the beginning of the New Wave. It was quickly followed by films such as Ann Hui’s The Secret (1979), a supernatural thriller, as well as Tsui Hark’s wuxia film The Butterfly Murders (1979), and Alex Cheung’s action movie Cops and Robbers (1979). The success and novelty of these films quickly established the New Wave directors as a powerful emergent force.

The fledgling directors deviated from older films in that they addressed issues faced by contemporary Hong Kong society, or else concerned themselves with highly localized portrayals of Hong Kong culture, rather than following the thematic brushstrokes of mainland Chinese cinema. For instance, The Secret presents images of village life on Cheung Chau island as well as local death and altar rituals, with local superstitions playing an important plot point.

The New Wave directors did not have a common objective or vision, and many of their films differed wildly in terms of genre and style. Instead, their films were distinguished by a willingness to experiment with narrative and cinematographic techniques, as well as special effects.

The early 80s constituted the heyday of the New Wave. Masterpieces such as Tsui Hark’s violent cult classic Dangerous Encounters of the First Kind (1980), and Allen Fong’s Father and Son (1981) – which took home the award for Best Picture and Best Director at the First Hong Kong Film Awards ceremony – were produced.

The New Wave waned in the mid-80s, partly because the directors were absorbed into the mainstream, and partly because the resurgence of highly commercialized, mass-entertainment comedies drew attention away from the experimental, stylized New Wave films. Nonetheless, the New Wave directors successfully breathed new life into a stagnant industry, not only producing some of the best films in Hong Kong’s cinematic history, but broadening the possibilities of Hong Kong cinema.