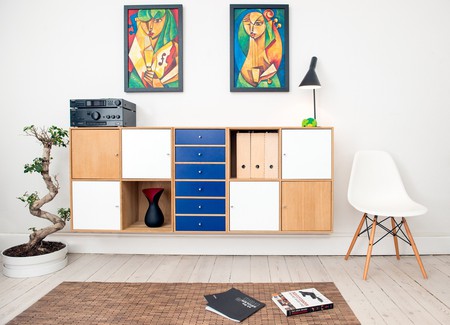 From iconic interiors to luxury and bespoke furniture shops, Hong Kong is full of delights and surprises for design lovers. If you take it seriously enough to dedicate a whole day to it, follow this guide to experience the best design-related destinations that the city has to offer.

The journey starts in the grand lobby of the Peninsula Hotel. Opened in 1928 and nicknamed “The Grand Dame,” the Peninsula is one of the city’s most revered institutions. Just speaking its name conjures images of grandeur. 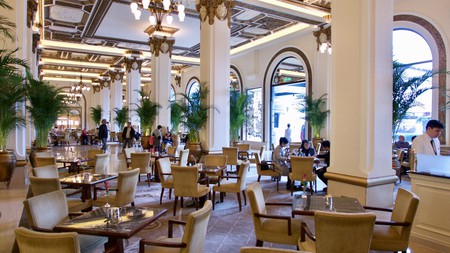 Keep an eye out for the two “Door Gods” on either side of the front entrance. According to Chinese folk tradition, these divine guardians protect the building against evil spirits. The magnificent pair of portraits at the Peninsula are gilded in gold leaf and installed between two plates of glass.

Next, take the cross-harbor Star Ferry to Central and make your way to PMQ, a creative hub that fosters and showcases the work of local designers. PMQ is short for “Police Married Quarters.” The complex was built in 1951 to house members of Hong Kong’s police force. In 2014, the site was revitalized and reopened as a hub for Hong Kong’s creative industry.

PMQ’s shops span all categories, but those of interest to design geeks include the leading British home décor brand Tom Dixon, artisanal homeware stores such as Bamboa home and Waka Artisans, as well as the studios of young, independent design companies such as Eravolution and STYLUS STUDIO. 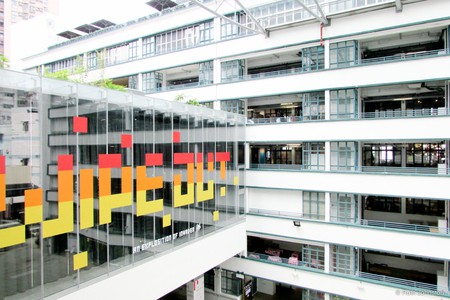 If you need a break, head to lunch at Aberdeen Street Social. Located within PMQ, this contemporary British restaurant is helmed by the Michelin-starred chef Jason Atherton. The elegant two-storey space was designed by Shanghai architecture firm Neri&Hu, with a bar and patio downstairs and a more formal dining room upstairs.

Take the MTR to Causeway Bay for a visit to Forbidden City. Founded in 2007, this place offers show-stopping contemporary Chinese furniture and interior design services. It’s been recommended by the Louis Vuitton City Guide for three consecutive years and counting.

Not yet sated? For the ultimate design junkie’s paradise, Horizon Plaza is your next destination. Located on the island of Ap Lei Chau, off the south of Hong Kong Island, this converted factory building houses 28 floors of furniture and fashion shops.

After returning to Hong Kong Island, you can end a day well spent with a meal and a drink or two at Iron Fairies, a restaurant and bar opened by celebrity designer Ashley Sutton.

Sutton is known for designing spaces after fantasy concepts, and Iron Fairies is arguably the most mind-blowing of his three Hong Kong projects. The underground space transports customers to a magical blacksmith’s foundry, incorporating iron furnaces, timber, brick and leather and six individually designed casting rooms in addition to the main dining space. There are metal-working tools on the walls, vials of “fairy dust,” and, most mesmerizingly, 10,000 real butterflies suspended from the ceiling. It’s a beautifully executed vision that makes for a surreal and immersive experience. 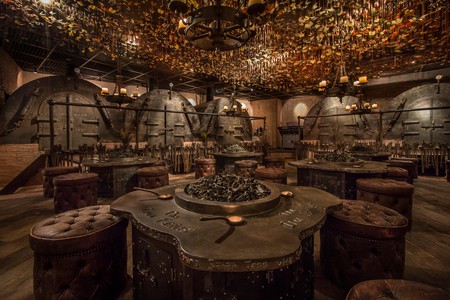 Iron Fairies | Courtesy of Spice Marketing Communications
Give us feedback