A Brief History of Martial Arts in Chinese Cinema 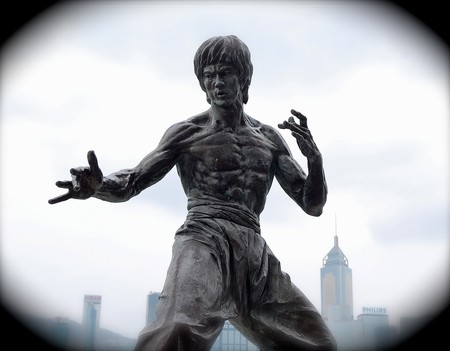 Chinese martial arts cinema is a diverse and exciting film genre that has drawn fans the world over. Read on to learn about its birth and development over the course of almost a century, as well as the difference between a wuxia and a kung fu film.

The Chinese martial arts film genre dates back to the 1920s, with the development of the Shanghai film industry. These first wuxia (martial arts) films were set in ancient China, and drew heavily on Chinese folklore and classical literature, featuring fantastical and supernatural elements such as beasts and spirits.

In the early 1930s, the Kuomintang government banned martial arts films, claiming that they promoted feudalism and superstition. The ban on wuxia films wasn’t lifted until the 1980s. Meanwhile the Shanghai film companies relocated to Hong Kong, a British colony where Chinese government censorship didn’t apply.

The True Story of Wong Fei-hung (1949) is a landmark early kung fu film. It starred Kwan Tak Hing in the title role of Wong Fei-hung, a character he would go on to play over 80 times throughout the 50s and 60s. Kwan was a bona fide martial artist, the first in a line of genuine martial arts stars that includes Bruce Lee, Jackie Chan, Jet Li and Michelle Yeoh.

The 50s and 60s represented a boom period for Hong Kong cinema. Local studios produced movies at a breakneck pace, outperforming Hollywood exports at the local box office. With the 70s came the rise of Bruce Lee, who as a child studied kung fu with the legendary master Ip Man. Enter the Dragon (1973) made Lee a household name the world over, and exposed Hong Kong cinema to an international audience for the first time.

After Bruce Lee came Jackie Chan, who together with director Yuen Wo-Ping infused comedy and slapstick into the kung fu genre. In Drunken Master (1978), Chan irreverently portrays the legendary hero Wong Hei-fung as a lazy, cheating rascal who discovers that his skills are at their best when he’s drunk. Stephen Chow, the creator of hits such as Shaolin Soccer (2001) and Kung Fu Hustle (2004), is directly inspired by this comedic kung fu film style.

Another key figure in the development of martial arts films is King Hu, who made films in the wuxia tradition and brought some of martial arts films’ first female protagonists to the screen. He originally worked in Hong Kong and directed the highly influential classic Come Drink with Me (1966). Later, he found breakthrough success in Taiwan with Dragon Gate Inn (1967) and A Touch of Zen (1971). Modern wuxia blockbusters, such as Zhang Yimou’s Hero (2002) and Ang Lee’s Crouching Tiger, Hidden Dragon (2000) owe much to the earlier films of King Hu.