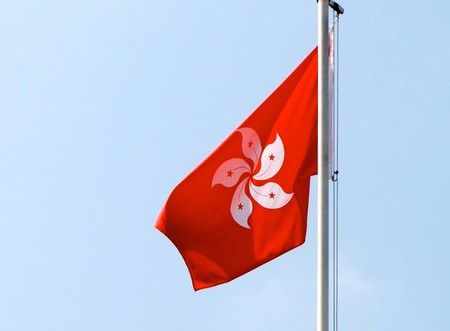 The flag of Hong Kong depicts a stylized, five-petaled, white orchid against a red field. It’s been Hong Kong’s official flag since 1997, symbolizing the ‘one country, two systems’ principle behind the city’s reunification with China.

The flag’s emblematic flower comes from the Bauhinia blakeana, also known as the Hong Kong Orchid Tree. The fragrant, purplish flowers are cultivated all over the city and bloom between November and the end of March. On the flag, the flower is illustrated in white as a symbol of peace and harmony. 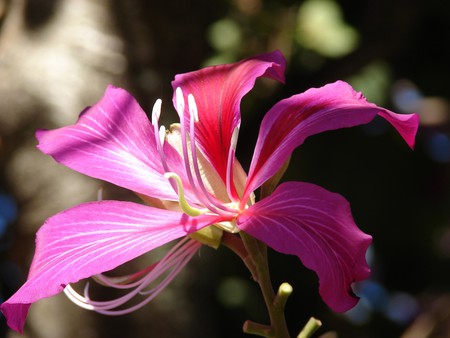 Each of the flower’s petals feature a five-pointed, red star that is a reproduction of the same five stars on the Chinese national flag and a symbol of the ruling Communist Party. The red background also symbolically couples Hong Kong and the mainland.

Prior to the adoption of the current flag, the colonial flag used by Hong Kong between 1959 and 1997 was a ‘Blue Ensign’ flag, featuring Hong Kong’s coat of arms on a white disk. The design included two Chinese junks, a naval crown and a lion holding a pearl, a reference to Hong Kong’s moniker as the Pearl of the Orient. 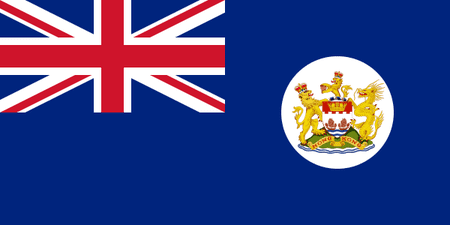 Before the transfer of sovereignty from the United Kingdom to the People’s Republic of China (PRC), a contest was introduced in the Chinese city, between 1987 and 1988, to design a new flag for post-colonial Hong Kong. Over 4,000 designs were submitted by the city’s residents but none were deemed acceptable by the PRC government. Instead, they asked one of the panel judges, esteemed architect Tao Ho, to come up with something new.

Ho was inspired by the symmetry of the Bauhinia flower and subsequently made it central to his design. The flag was adopted on April 4, 1990 at the Third Session of the Seventh National People’s Congress and officially hoisted during Hong Kong’s handover ceremony on July 1, 1997.