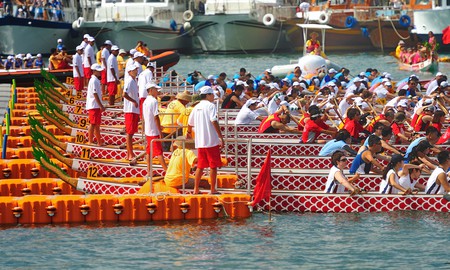 Dragon boat racing is one of Hong Kong’s most colourful, competitive summer events. This traditional Chinese watersport is held during the Tuen Ng Festival, occurring annually around May or June on the Western calendar. A dragon boat is long and narrow with a decorative Chinese dragon head, tail and scales printed on the hull. During races, teams of paddlers paddle furiously to the beat of a drum, providing spectators with a spectacularly exciting and colorful sight. 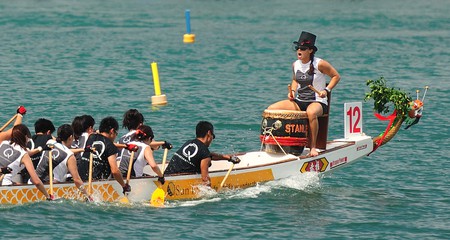 Dragon boat racing emerged as far back as 2,500 years ago, during the Warring States Period (402-221BC). Originating among fishing communities along the Yangtze River in Southern-Central China, it was initially a folk ritual designed to appease the rain gods, encourage rainfall and celebrate the summer rice planting.

The Tuen Ng Festival is associated with the myth of Qu Yuan, which emerged in written form as early as the 7th century AD. Qu Yuan was a poet and high-ranking official of the Warring States Period who was exiled from his state by a corrupt king. When he heard that his court had been destroyed by enemies, he drowned himself out of sorrow. It is said that villagers went out in the river with boats and drums to try to rescue his body and threw sticky rice dumplings (zongzi) into the water to prevent fish from eating his corpse, but they were unable to find him. The date of Qu Yuan’s suicide was the fifth day of the fifth lunar month, the same day that the Tuen Ng Festival is celebrated. In addition, zongzi are traditionally eaten on this day. 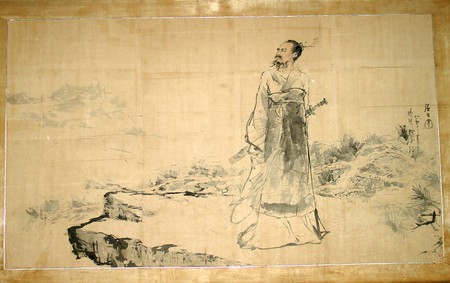 However, dragon boat racing fell out of fashion during the Chinese Cultural Revolution (1966-1976). The practice was associated with feudal superstition and deemed an outdated custom that aligned poorly with the revolutionary spirit of the time. Chinese dragon boat racing became banned for a while and its popularity was severely diminished.

It wasn’t until 1976 that dragon boat racing was revitalized, starting when the Hong Kong government (then under British rule), began to promote the sport in order to boost tourism. Thus began the modern era of the celebration. In 1991, the International Dragon Boat Federation (IDBF) was established along with a set of institutional rules and regulations governing the sport. Now, dragon boat racing is practised in over sixty countries around the world, including China, who boasts 50 million dragon boaters. The Hong Kong Dragon Boat Festival draws thousands of athletes from different countries every summer. 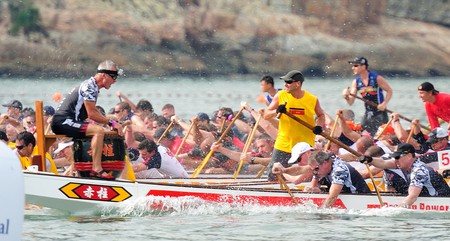