How the Handover of Hong Kong Put Cantopop on Mute 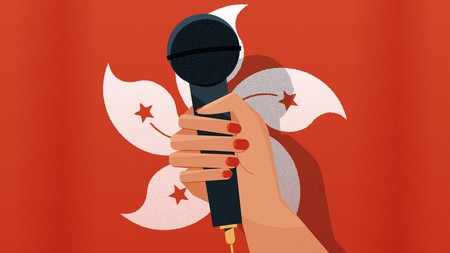 During its golden years, cantopop helped create a common cultural identity for Cantonese speakers across the globe. But with mainland China’s growing cultural influence, has HK pop changed its tune?

The first generation of cantopop songs – or HK pop – took a similar form to traditional Cantonese opera. They told tales of legendary historical figures, sung in melodic tones to the accompaniment of clanging gongs, screeching strings and the sharp twang of the guitar-like pipa. But by the 1970s, local tastes had changed: popular songs were crooned more than cried, and the percussion of Chinese instruments was replaced with soft rock from the West. The form of cantopop that we recognise today had been born. 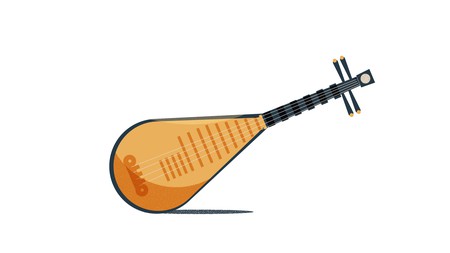 While the seed of cantopop lay in Cantonese opera, the sound wasn’t fully fleshed out until Hong Kong’s Elvis arrived on the scene. The father of modern day cantopop, Sam Hui and his band Lotus pioneered the use of Cantonese in contemporary songs. He started to sing about issues that were commonplace and did so in a vernacular that appealed to the working class. These songs echoed their own life experiences, unlike the English lyrics of Western rock, which had washed over the middle-aged population of Hong Kong in the swinging sixties.

Sam Hui recorded the title track for the Cantonese comedy blockbuster The Private Eyes, a film that he wrote and starred in with his brothers. The film’s theme song became a runaway success. The release of Fatal Irony, a period drama starring Chow Yun-Fat, spurred another title track to instant fame and from that point on, all TV shows had to have a cantopop song to accompany the opening sequence. 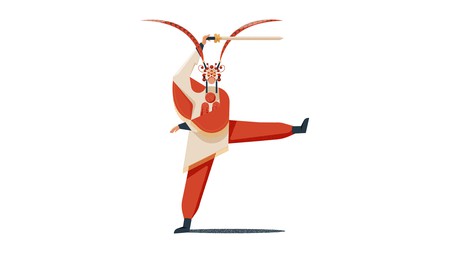 As Hong Kong emerged as Asia’s cultural powerhouse, churning out films and TV shows, cantopop’s popularity surged. The ’70s and ’80s, which birthed stars like Leslie Cheung, Alan Tam and the rock band Beyond, is remembered as the golden age of cantopop. In these two decades, the musical genre found fans in Taiwan, Singapore, and a diaspora community of Cantonese speakers across the world.

Competing broadcast networks began hosting singing competitions, which generated cantopop icons like Anita Mui – whose sultry dancing and outlandish costumes earned her the nickname ‘Madonna of the East’ when she played a sold-out show in London.

Throughout this period, China’s relationship with cantopop was mostly as a consumer. When the Communist Party of China established the People’s Republic of China in 1949, one of the first things they did was to ban all things Western, including films, TV shows and music. Its own cultural exports were mostly state-endorsed classical opera, but this was soon about to change.

How the handover changed cantopop

The ’80s were dominated by negotiations on how to return Hong Kong to Chinese rule, the majority of which had been ceded to Britain on a 99-year lease in 1898. A flurry of cantopop songs took the handover as a central theme and ruminated on the colony’s future.

‘Glorious Years’, a power ballad by Beyond, was inspired by the politics of Nelson Mandela, and was used as a protest song in Hong Kong throughout the ’90s. Sam Hui’s song, ‘Could Not Care Less About 97’, provided a counterpoint and encouraged people to adopt a more ‘come what may’ attitude towards the handover.

Worried about the uncertainty surrounding these seismic political changes, the Golden Age singers began to leave the music industry in Hong Kong, creating space for a new batch of stars to take their place. ’90s cantopop was defined by four crooning heartthrobs: Jacky Cheung, Andy Lau, Leon Lai and Aaron Kwok. The four soloists are still revered as cantopop’s Four Heavenly Kings – a nickname that plays on the title of four gods in Chinese Buddhism.

But after 1997, the production of Cantonese cultural exports took a nosedive. Hong Kong’s film industry produced 238 films in 1993. But in 1999, just two years after the handover, only 40 films were produced; the opportunity for cantopop title tracks plummeted. This pattern rippled across all Cantonese language media, driven by the ‘Action Plan to Raise Language Standards in Hong Kong’, which proposed various ways to encourage Hong Kongers to adopt Mandarin, the dialect most commonly spoken in mainland China. One proposal suggested encouraging pop stars to sing in Mandarin.

It was during this downward trajectory that Denise Ho, cantopop’s first openly gay songstress, emerged as the undeniable star of the post-handover musical landscape. And when the Umbrella Revolution emerged, her song ‘Raise the Umbrella’ became the anthem of the movement. But in the third month of protests, she was arrested. Her presence on Chinese social media and music streaming sites was wiped out and banned, and she was described by state media as a ‘poison of Hong Kong’. 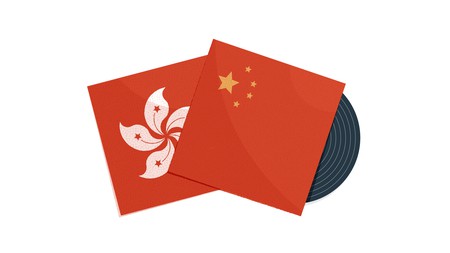 The final nail in cantopop’s coffin

In 2008 the Hong Kong music industry’s association slashed the sales requirements albums needed to reach in order to attain platinum or gold status. Cantopop record sales slumped from HK$1.6 billion in 1998 to just HK$200 million. Of course, record sales are plummeting worldwide, but cantopop’s decline is also reflective of Hong Kong’s waning cultural influence. The market for Mandarin-language songs, films and literature is much larger now. Mandopop is on the rise and K-Pop is leading the charge; some star bands from Korea’s music scene are even incorporating Mandarin singers into their fold. Meanwhile, the very language that defines cantopop is still being pushed to the fringes.

While cantopop may not find a place in the playlists of future generations, at least it will always have those glorious years.