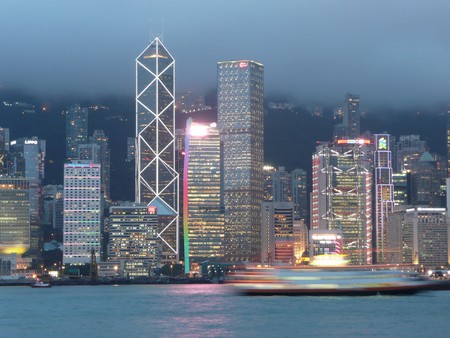 Feng shui (“wind” and “water”) is the ancient Chinese practice of aligning buildings and objects so that they attract good luck and ward off misfortune. In Hong Kong, feng shui experts play a major role in the city’s architectural development. Here are six examples of buildings that were influenced by feng shui.

Designed by British architecture firm Norman + Partners, this landmark building was built after extensive consultation with feng shui masters, and is considered to have excellent feng shui. Instead of a ground floor, the building has a high, hollow atrium that invites wind and positive qi (energy) inside. The escalators in the atrium are placed at an angle to the entrance, preventing wayward evil spirits from flowing upwards into the building. In addition, a pair of large bronze lions guards the entrance, symbolizing wealth and prosperity. 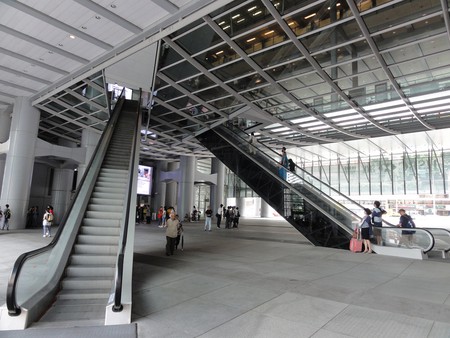 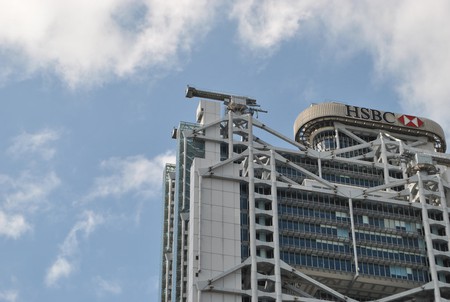 The Bank of China Tower is notorious for ignoring good feng shui principles. Designed by the celebrated architect I.M. Pei, the tower is in the shape of a triangular prism, mimicking the elegance of a bamboo shoot, and making for one of the city’s finest examples of Structural Expressionism. 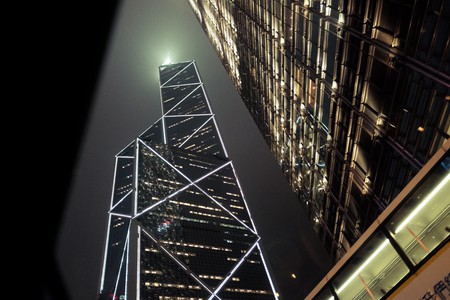 However, the prism’s angular structure goes against feng shui practices, as the knife-like edges “cut” good qi and give off negative energy to surrounding buildings. During the Bank of China Tower’s construction, a number of unlucky incidents added fuel to local superstitions about the building’s negative feng shui. These include the financial collapse of the original owner of the nearby Lippo Centre, as well as the death of the Governor of Hong Kong in the Governor’s House.

After the building’s bad feng shui was criticized by the public, some features were added to remedy the situation. A small waterfall was placed beside the building along with giant rocks imported from China, representing harmony and stability. Many plants and trees were also added around the building in order purify the environment and to cultivate good energy. 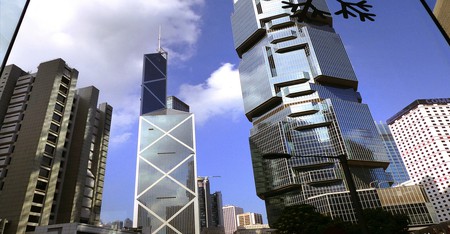 Opened in 1980, this 64-story building was the tallest in the city until it was overtaken by the Bank of China Tower a decade later. After consultations with a feng shui master, a circular swimming pool was added to the roof because the building’s slim, cylindrical shape was thought to too closely resemble a candle or a burning cigarette. This was considered a risk, as these images have connotations with fire and death in Chinese culture. Thus, the presence of water at the top of the building serves to “put out” any fiery negative energy. 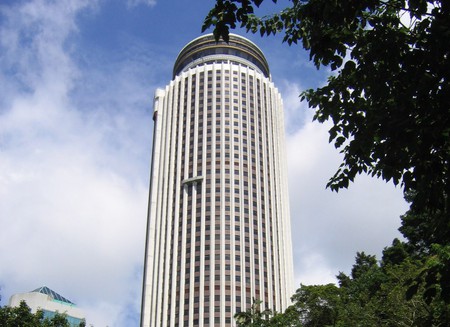 The Cheung Kong Centre was developed by Hong Kong billionaire property tycoon Li-Ka Shing in the ’90s. It sits right between the Bank of China Tower and the HSBC Building — caught between the negative energy radiated by the former, and the deflecting cannons mounted by the latter. That meant that the designers of the Cheung Kong Centre had to be extra careful when it came to managing feng shui.

They ultimately decided on an unassuming square shape with a reflective glass exterior, and an orientation that ensured that qi would flow smoothly around the building. These features served to balance out the negative energy in the environment and to immunize the building against bad qi. Even the building’s height was restricted, reinforcing the principle of harmonizing with the environment rather than competing with its more ostentatious neighbors. 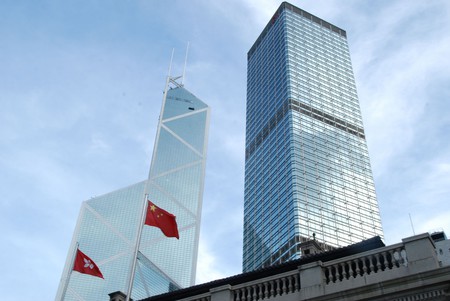 Hong Kong’s first skyscraper looks squat when compared to its more recently built neighbors, but Jardine House was the tallest building in the city when it was completed in 1972. The building’s 52-story façade is instantly recognizable, as it’s covered by identical rows of circular reflective windows — giving rise to the building’s rather unfortunate nickname, the “The House of a Thousand Arseholes.”

The circular windows are said to resemble portholes, a discreet nod to the maritime trading business of the historically powerful Jardine family. However, the windows are also considered an auspicious feature. According to feng shui principles, round shapes resemble both coins and the sun, and are thus associated with wealth and heaven. 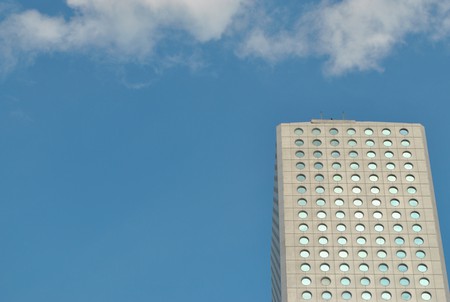 Hong Kong’s environment has naturally good feng shui, thanks to the dual presence of mountains and water. It’s believed that dragons — symbols of strength, nobility, and good luck in Chinese culture — create positive energy as they travel from their mountainous homes to the water to drink, a movement that can be felt when the wind blows toward the coast.

However, blocking the dragons’ path with skyscrapers gives rise to bad qi. To remedy this, many Hong Kong buildings feature holes called “dragon gates,” which invite the dragons pass through unimpeded. One of the most visually striking examples is The Repulse Bay, a residential and commercial complex on the southern coast of Hong Kong Island. 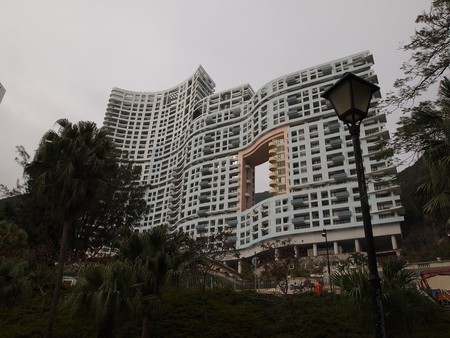