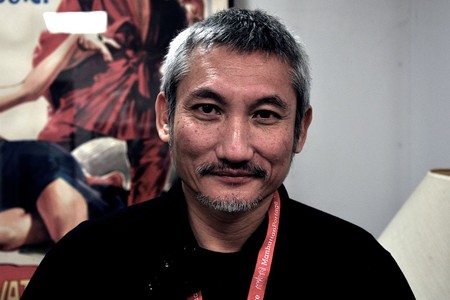 Contemporary Hong Kong cinema covers a spectrum of genres; from film arthouse dramas to martial arts comedies to action blockbusters. Collected here are some of the greatest modern talents to emerge from Hong Kong’s film industry. Some names on this list, such as Wong Kar-wai, have received international acclaim, while others are household names in Asia but lesser known in the West – either way, these six directors deserve the credit.

Wong Kar-wai is an arthouse auteur best known for his melancholy explorations of doomed love and lonely dreamers, such as Chungking Express (1994) and In the Mood for Love (2000). He started off as a commercial screenwriter and made his directorial debut with the acclaimed As Tears Go By (1988). His most recent film, The Grandmaster (2013) is a biopic of the martial arts master Ip Man, picking up 12 Hong Kong Film Awards and two Academy Award nominations.

This Vietnamese-born Chinese director is considered the ‘Steven Spielberg of Hong Kong.’ He first rose to fame during the New Wave period of the eighties, making the critically acclaimed Dangerous Encounters of the First Kind (1980). Known for action and comedy blockbusters, he was a key pioneer in the Asian animation and special effects industry. He’s most famous for the Once Upon A Time in China (1991-97) series, among the most popular franchises of Hong Kong‘s Golden Age of cinema. His more recent successes include Detective Dee And the Mystery of the Phantom Flame (2010), which won him best Director at the 30th Hong Kong Film Awards.

Ann Hui has achieved critical acclaim for her films of the 1970s and ’80s New Wave and is the first female director to be awarded the Hong Kong International Film Festival Society’s Lifetime Achievement Award. Among her earliest acclaimed works is her Vietnam trilogy, starting with The Boy From Vietnam (1978), which highlights the plight of Vietnamese refugees. The loosely autobiographical Song of the Exile (1990), a meditation on identity and the role of women in Asian society, is considered a Hong Kong cinema classic. More recently, Hui directed the much-lauded A Simple Life (2014), which won four awards at the 68th Venice International Film Festival.

Best known for his gritty crime films, Johnnie To’s four-decade career has drawn fans among the likes of Quentin Tarantino. Quintessential works include gangster films such as A Hero Never Dies (1998), Election (2005) and Election II (2006), a series of mobster films about a power struggle within the Hong Kong triads. But far from being just a crime film maker, To has dabbled in all genres, creating works such as the rom-com Running on Karma (2003) and the musical comedy film Office (2015).

Stephen Chow is the undisputed master of martial arts comedy films, specializing in a style of absurdist Cantonese humor called mo lei tau, which includes a mixture of lightning banter, wordplay, sudden juxtapositions and non sequiturs. Some of Chow’s most famous gut-busters include Shaolin Soccer (2001), Kung Fu Hustle (2004) and CJ7 (2007). His most recent hit, the Mandarin-language comedy The Mermaid (2016), smashed records by becoming the highest-earning Chinese film in history.

John Woo is a craftsman of action and kung fu films, and is best known for his gritty and highly stylized action sequences. He made his directorial debut with The Young Dragons (1974), which was choreographed by Jackie Chan, and his most important contributions to Hong Kong cinema include the blockbuster hit A Better Tomorrow (1986) – considered by many to be a masterpiece among Hong Kong action films – as well as the critically acclaimed The Killer (1989). He’s also directed popular Hollywood films such as Hard Target (1993) and Mission: Impossible II (2000).