Phrases You Should Learn Before Visiting Hong Kong 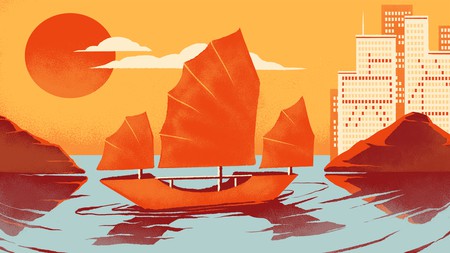 From everyday sayings to distinctive local colloquialisms, here are some essential Cantonese phrases you should learn before visiting Hong Kong.

Cantonese is the native tongue of many people living in Hong Kong, Macau and Guangdong Province, as well as a lot of diaspora communities living overseas. It’s a language peppered with slang words – so much so that what you write in Cantonese has very little in common with the way you speak it. While the written language shares the same grammatical structures and syntax as Mandarin, spoken Cantonese is much more complex and has nine tonal differences. Even so, Hong Kong locals still appreciate tourists’ sometimes ill-fated attempts at pronouncing some basic Cantonese phrases.

This phrase literally means “Have you eaten yet?” but it’s actually a common greeting in Hong Kong. It has the same function as“‘How are you?” in English. Eating well and eating properly are very important in Chinese culture, and expressing concern for whether somebody else has eaten is equivalent to expressing concern for their wellbeing.

If you’re asked this question, you should respond with “Sik jor” (“Yes, I have”) or “Mei sik” (“No, I haven’t”) depending on when you ate your last meal.

This versatile word means “please”, “excuse me” or “thank you”, depending on the context. It’s polite to drop a simple “mm goi” (“please”) when instructing a taxi driver where to go, and another “mm goi” (“thank you”) when you leave the cab. And if you walk up to a stranger and ask a question, you might want to begin with “mm goi” (“excuse me”).Hong Kong’s streets are famously crowded, so it’s not uncommon to let out an exasperated “mm goi” or “Mm goi jeh jeh” (“Please, let me through”) when someone’s in your way or walking too slowly.

“Doh jeh” also means “Thank you”, but it’s a more formal expression of gratitude. As a rule of thumb, “doh jeh” is used to thank people for gifts or special favours, whereas “mm goi” is used to thank people for services, usually in the course of doing their jobs. You should say “mm goi” to cashiers, drivers and waiters, but “doh jeh” when receiving compliments or gifts. If you want to go the extra mile, say “Doh jeh sai”, which means “Thanks very much”.

Most of Hong Kong’s shops have prices listed clearly, but it’s handy to know how to ask how much something costs, especially if you plan on doing some shopping in Mong Kok’s markets.

If you’re trying to haggle, you’ll need to know how to say that it’s too expensive before pretending to walk away. The term for expensive is “gwai” and “tai” means “too much”. The term “la” is used at the end of a sentence to turn it into an exclamation. In this case, “la” is used to express lighthearted exasperation.

At the restaurant or bar

Historically, the tradition of eating dim sum sprang from teahouses, which is why “yum cha”, which literally means “drink tea”, also means having a meal. If someone invites you to “yum cha” with them at a restaurant, depending on the context, they’re probably asking you to join them for brunch.

This means, “The bill, please!” When you’re ready to pay at a restaurant, simply wave your hand at a passing waiter and call out “Mai daan, mm goi!” Alternatively, waving one finger in the air in a circular motion will also do the trick.

Sometimes you will be asked whether the food tastes good, so remember to say “ho-may” when this happens.

Quite a few dishes in Hong Kong contain peanuts, so it’s best to ask beforehand if you are unsure. The term for allergy in Cantonese is “gui mun”, and “fa-sun” means “peanuts”. Some restaurants also use peanut oil, which is “fa-sun-yao”.

Learn how to say the numbers in Cantonese.

When looking for a “chee sor” in Hong Kong, the safest bet is to go to a mall.

One of the best things to do when you get lost in Hong Kong is to look for the metro station, which the locals call MTR (Mass Transport Railway).

This is extremely useful for when you want to get off the minibus. Don’t be afraid to shout it out if you’re sitting near the back – locals do it all the time.

Despite how frenetic the city can seem, most locals are happy to help you find the place you’re looking for. If you know the address or where it is on a map, point and ask, “Nee doh hai been?”

“Chi sin” means “crazy” or “idiotic”. The term literally refers to tangled or misconnected wires, implying that something’s gone wrong with someone’s neural circuits. It’s commonly used to express disbelief or scorn at someone’s behaviour. Hong Kongers throw this one around all the time, but don’t use it on strangers, as some might take offence.

Meaning “outstanding”, this expression is used to express admiration, particularly over something that requires skill or talent.

An alternative to “hou ging”, “jeng” means “very good”. You can also say “hou jeng” if something is awesome. This term is better for describing things or experiences. It can also be used as an exclamation on its own, such as “jeng ah”, meaning “sweet”.

The literal translation of “mo man tai” is “No question”, though the meaning of the phrase is closer to “No problem”. It is also a good response to “mm goi” (thank you) doubling up as “You’re welcome”.

This phrase means “All done!” or “Here you go!” It’s useful for alerting someone that you’ve finished a task, like reading this article – once you get to the end of this sentence, you can announce “Gau dim!”