10 Things To See and Do in SoHo, Hong Kong 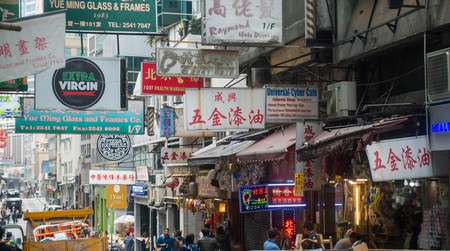 While SoHo has become an accidental collection of pop-ups in recent years – rents are so high in this part of town, and trade so competitive, that businesses arrive and close down again in rapid time – the best places have stood the test of time. Still, part of the thrill of the area is that if you don’t visit for a few months, you could miss the opening and closing of numerous boutiques (not to mention rare, vintage finds), restaurants and bars without ever knowing they existed. Always keep your eyes peeled when exploring SoHo, then, however well you think you know the place. 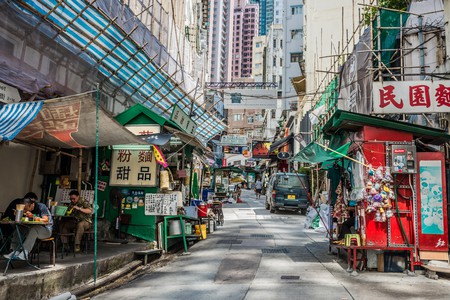 While Hong Kong might be better known for its fine-dining restaurants and wine bars rather than for its street food, there are still some incredibly cheap and delicious places to check out. Make sure you try the dai pai dongs that are scattered all around the city – outdoor plastic-chairs-and-tables affairs where the service is speedy. But at a reasonable rate you can have your fill of steaming broths, slurp-worthy noodle dishes, clams, beef balls and lots more. If you’re in need of inspiration, check out our guide to great street food places in Hong Kong. 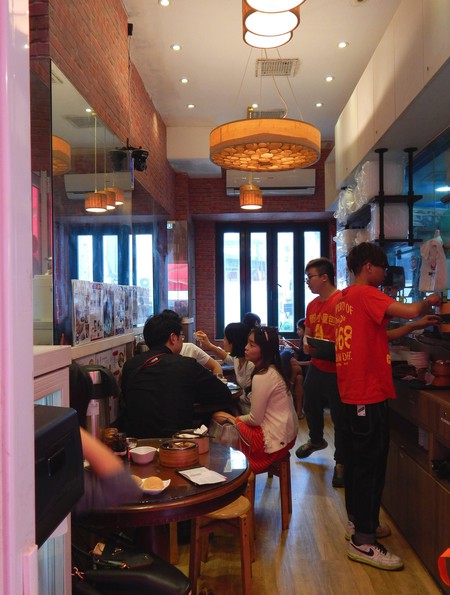 If it’s raining outside, or you’re here in the summer and prefer to eat at somewhere air-conditioned, a SoHo dim sum lunch might be the best option. This most Cantonese of cuisines started out as a way for people to have morning tea but has now expanded into full-on gut-bloating meals of everything from fried rice dishes to sliced pork belly strips, as well as traditional sweet items such as custard buns. Ding Dim 1968 on Wyndham Street is one of SoHo’s longest-standing establishments, and offers an extensive menu in both Chinese and English.

Shop for arty gifts at PMQ 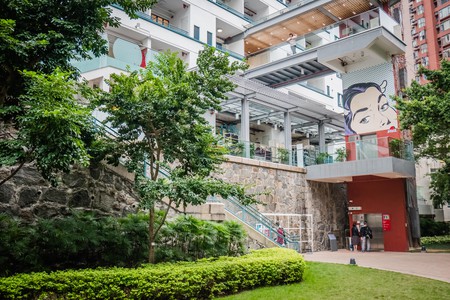 SoHo offers an alternative to the city’s luxury shopping malls in the form of boutique shopping space PMQ. Formerly a police dormitory complex (the name stands for Police Married Quarters), PMQ is a hub of craft and design boutiques, fashion stores, cafés, restaurants and tea houses, many of which are run by independent vendors. Much like Tai Kwun (see below), it’s also a nice space just to hang out in, with an interesting history; it started as a school, was severely damaged during World War II and rebuilt as PMQ, before operating in its current incarnation from 2014. 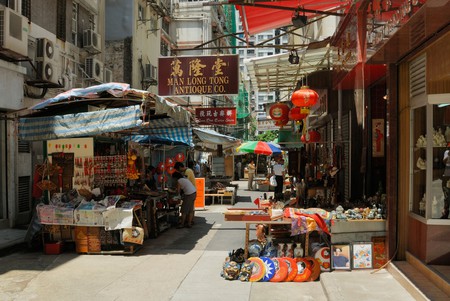 Known locally as Cat Street Market but actually situated on Upper Lascar Row, this fun little street can easily steal hours of your day as you browse stalls selling antiques, art and other trinkets that make for good souvenirs. No one knows for sure where the Cat Street name comes from, but theories include that it’s a reference to prostitutes, cat burglars, pirates or the street peddlers themselves. This is essentially Hong Kong’s version of a flea market, and while there’s fun to be had scouring for a bargain and haggling for the best price, be aware that most of the items for sale are reproductions, not originals. Therefore the experience of buying and haggling is as important as what you walk away with. 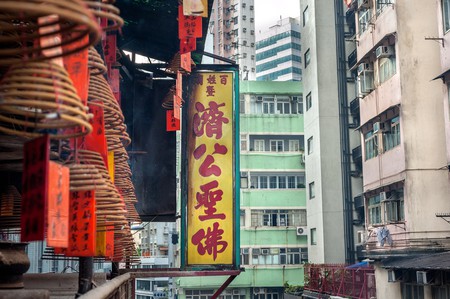 Pak Sing Ancestral Hall, also known as Kwong Fuk Ancestral Hall, is worth visiting not just for its Instagrammable qualities, but also for the insight it provides into the lives of early Hong Kong settlers. When mainland Chinese who had come to Hong Kong in search of better lives died here, tradition had it that they should be buried in their home towns in China. This temple was built in the 1850s to house the bodies of those awaiting repatriation. It also served as a public memorial hall for families who could not afford to send their departed home. Thousands of the memorial tablets made for these families can still be seen behind the altar.

Enjoy a moment of calm at Man Mo Temple 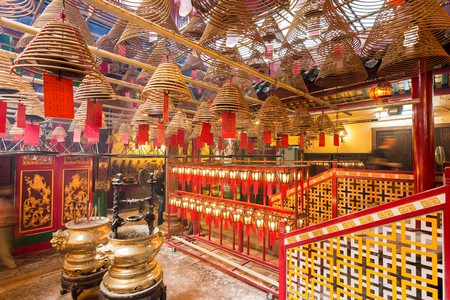 Man Mo Temple is an iconic destination for tourists in Hong Kong, so much so that it even has a cameo appearance in the video game Shenmue II. Built in 1847, the temple – now an official monument, meaning its architecture and decor must be preserved – comprises three main areas: one area to worship Man Cheong and Mo Tai (the Gods of Literature and War); Lit Shing Kung, for the worship of other Buddhist and Taoist deities; and Kung Sor, which acted as a kind of court to settle disputes between locals before the official judicial system was created. During festivals, the hanging incense coils, clouds of smoke and shards of sunlight combine to create one of the most atmospheric attractions in the city. 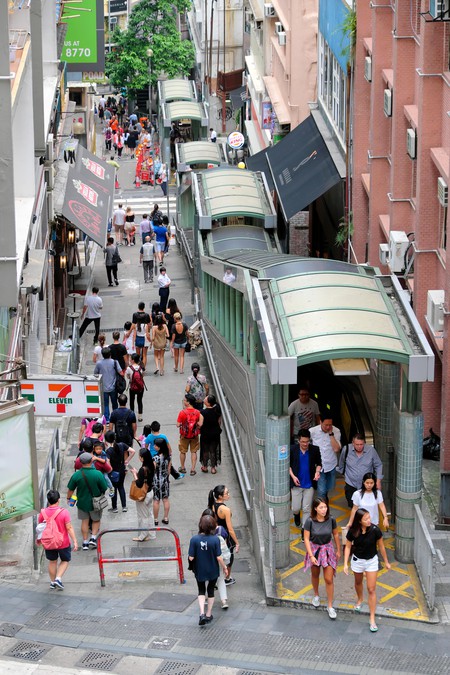 Said to be the world’s longest outdoor covered escalator system, the Central–Mid-Levels Escalator is one of the best (but least appreciated) ways to discover SoHo. Put simply, the elevator (consisting of 20 escalators plus three inclined travelators) is a functional piece of engineering designed to carry hordes of people up and down the Mid-Levels slopes. The entire ride from bottom to top takes about 20 minutes, passing nail salons, massage parlours, fitness gyms, dai pai dongs, art galleries, fashion stores, bars and fine-dining restaurants, as well as offices and homes. Good to know: the escalator travels downwards from 6-10am and upwards from 10am-midnight.

Explore everything Tai Kwun has to offer 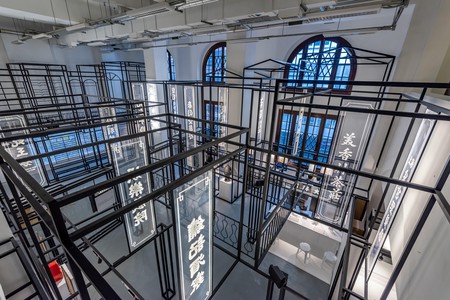 After an eight-year renovation, Hong Kong finally revealed Tai Kwan, a new art and culture complex that was formerly the city’s Central Police Station and Victoria Prison. Accessible via the Central–Mid-Levels Escalator as one of its entrances, the renovation turned the 170-year-old buildings into art exhibition and performance spaces, while adding nearly 20 bars, cafés and restaurants. This is an unusual spot in that it offers peace and tranquillity from the commotion of a congested city.

Drink and jive in SoHo’s bars 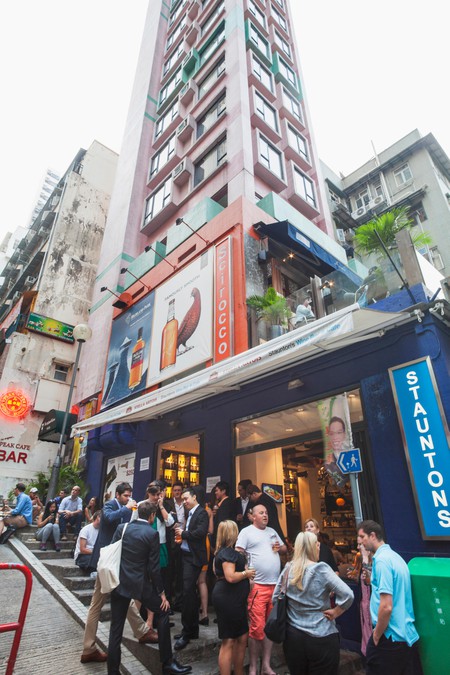 SoHo is definitely not shy of a party and a good time. Wyndham Street is chock-full of the see-and-be-seen kinds of places, while further west the ostentation dials down with bars you can hold conversations in. Some worthwhile options include casual and colourful Club 71, James Suckling Wine Central, which is cool and elegant with many top-notch by-the-glass offers, and Sense 99, which is one of the friendliest places in the area (assuming you’ve found the almost invisible door).

Check out the art scene 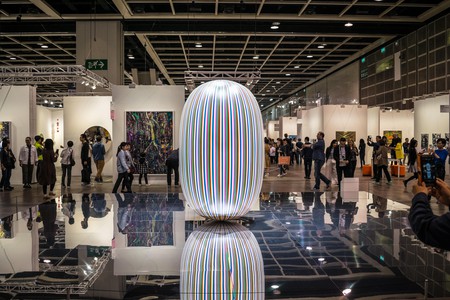 The ‘Ho’ of SoHo, Hollywood Road, is where you can get your fill of local art. Gallery follows gallery along this one-kilometre street. March is an unofficial ‘art month’ in Hong Kong and features Art Basel, though smaller events such as Art Week take place later in the year, too. To explore Asian art further, check out an exhibition at 10 Chancery Lane Gallery and the quirky multimedia work on display at Hanart TZ Gallery on Pedder Street.