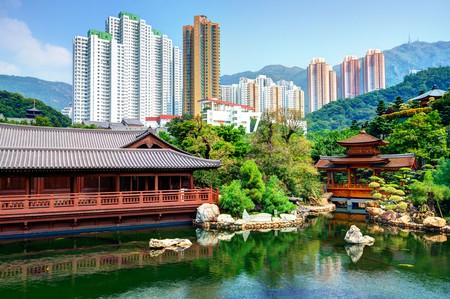 Make a wish at the Tin Hau temple in Lam Tsuen 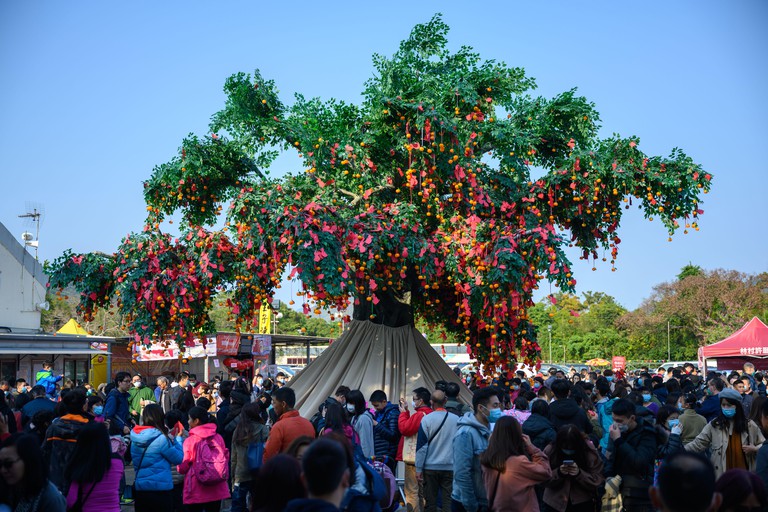 © MEMEME / Alamy Stock Photo
Among hundreds of Tin Hau temples around Hong Kong, the one located in Lam Tsuen is the most popular, partly thanks to the two wishing trees within its confines. The temple was built during the Qing Dynasty, 200 years ago, in honour of Tin Hau, the goddess of the sea. After praying, visitors can throw joss paper into the trees to make wishes – the higher branch the joss paper lands on, the more likely the wish will come true.

The combination of picturesque scenery, untouched nature and limitless expanses of grassland combine here to build a veritable paradise for nature enthusiasts. Travellers can take a stroll in the woods covered in waving weeds and grass, hop aboard the Nam Shan Wai ferry – the only river ferry in Hong Kong – and explore the area’s rich biodiversity, or just wallow in the out-of-town atmosphere afforded by these wetlands. 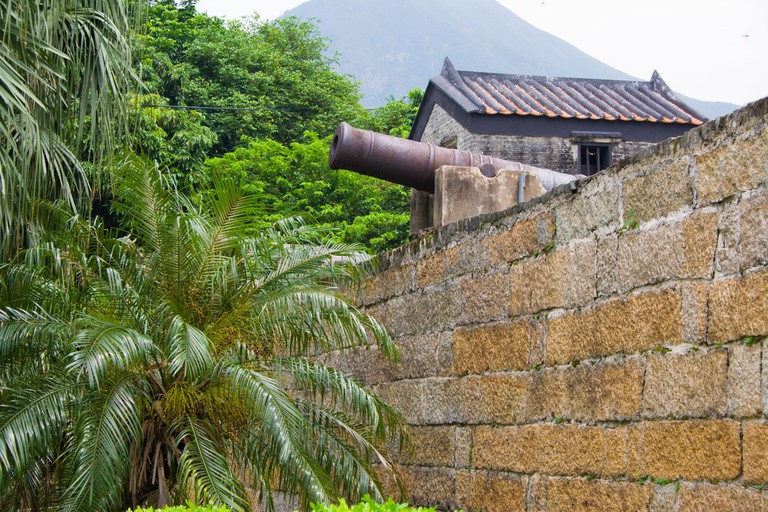 Dating back to the Shun Hei era of the Southern Song Dynasty, this fort was once the base of pirates during the Qing Dynasty and was occupied by Japan during World War II. Since smugglers brought salt from Lantau Island to Canto City and attacked the government, soldiers were sent there to re-fortify the position, and today old cannons and bulwarks illustrate its former tactical importance.

Natural Feature, Park
Facebook
Email
Twitter
Pinterest
Copy link
Share
Located on Cheung Chau, Cheung Po Tsai Cave is said to have been the notorious pirate, Cheung Po Tsai’s, stash house during the Qing Dynasty. The prolific warlord owned more than 600 ships and led 50,000 pirates. He caused great damage to Chinese fleets and threatened the military, too. However, instead of receiving sanction, he was given an officer position after his surrender. His legendary story is the theme of many movies. The main character played by Chow Yun-fat in the 2007 Hollywood movie Pirates of the Caribbean: At World’s End is inspired by Cheung Po Tsai.

Marvel at the beauty of the Hong Kong UNESCO Global Geopark 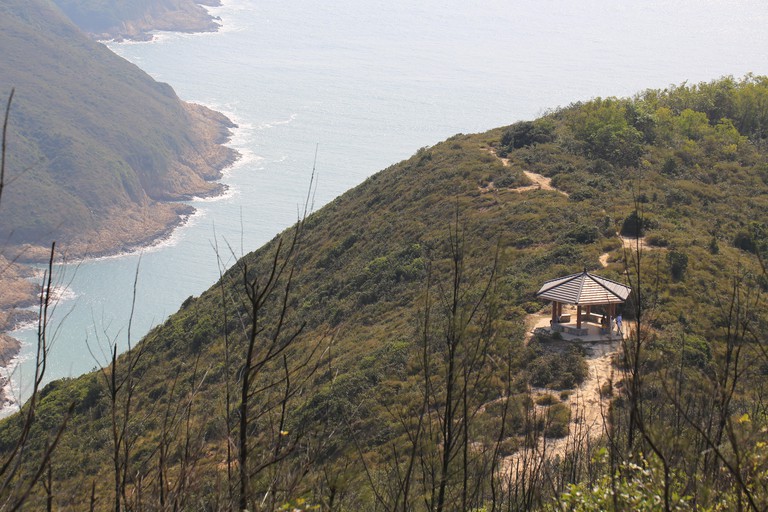 Hong Kong Global Geopark | © tse Pui Lung / Alamy Stock Photo
One of the biggest hidden secrets of Hong Kong is that the territory houses the biggest chain of hexagonal volcano rocks in the world. Hundreds of millions of years old and formed by the contraction of lava, rock debris and volcanic ash, these startling features now stand amid the Hong Kong UNESCO Global Geopark. 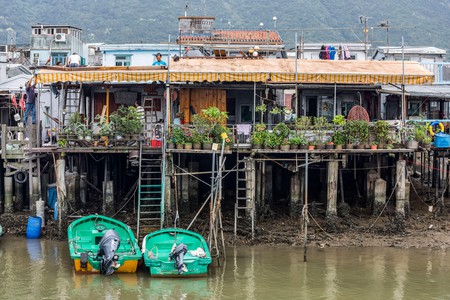 Tai O is home to the endangered Chinese white dolphin, so it’s the perfect spot for travellers longing to catch a glimpse of the elegant creature that cannot be found elsewhere in the world. The fishing village is also packed with interesting stilt houses (houses built above the water). 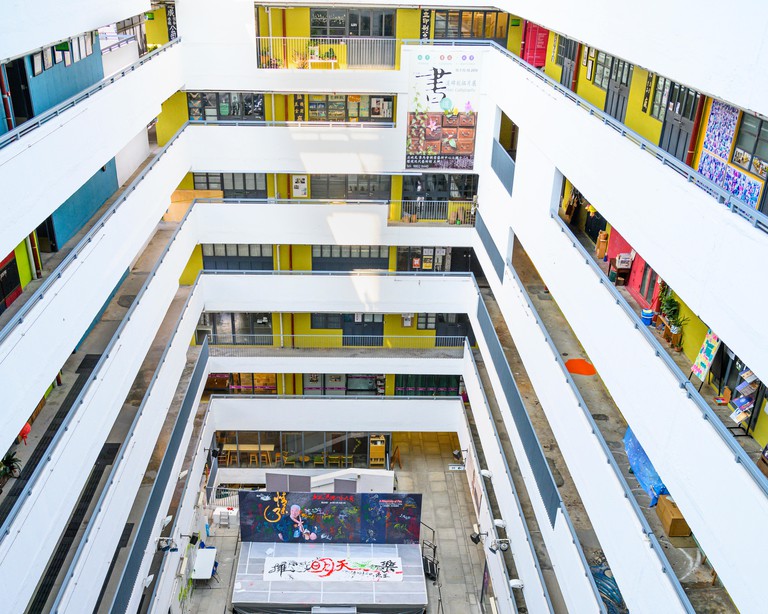 © VisualHongKong / Alamy Stock Photo
This centre is the creative hub of Hong Kong’s dynamic local art and culture scene. A wide range of exhibitions and workshops take place here. One highlight of the centre is the occasional handicraft market that encourages craftsmanship and local design. Booths are provided for local artists to showcase their works in and sell their products. Check out the schedule and pay a visit to grab unique souvenirs. 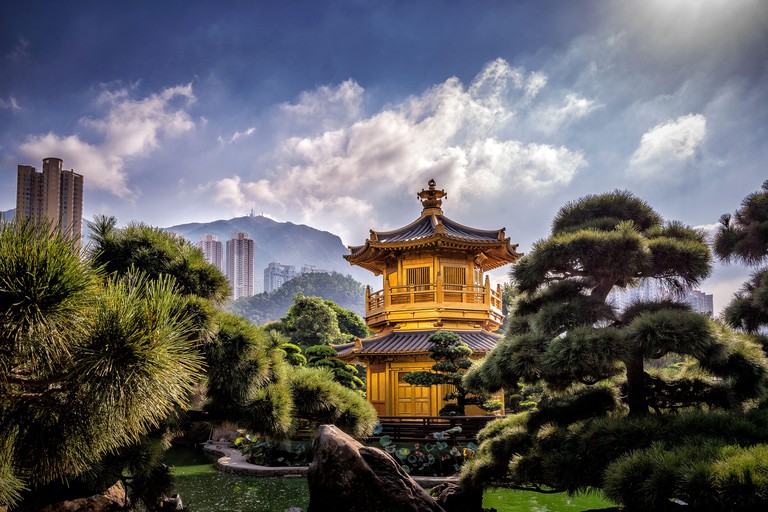 © Anthony Shaw / Alamy Stock Photo
Established in 1934 and renovated to match the Tang Dynasty style in 1990, Chi Lin Nunnery combines East Asian architectural styles and religious elements into one Chinese temple complex. The lotus pond here teams with bushy trees to create a peaceful environment for visitors to relax and meditate in. Travellers can also take a walk in the Nam Lian Garden. 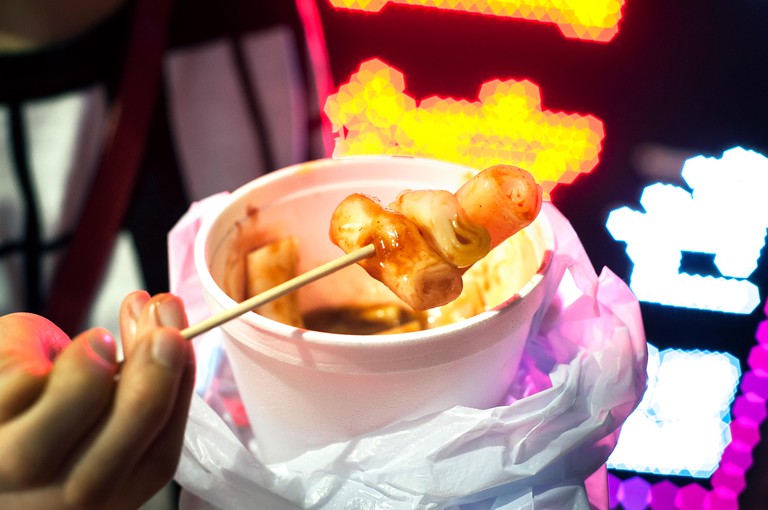 Hong Kong is renowned for its street food, but in most cases tourists only know about Mong Kok and miss out on the hidden snack paradise that is Kwai Chung Plaza. Aside from commonly found street foods, such as curry fish balls, squid tentacles and pig intestines, rare options like giant marshmallows, deep-fried ice cream and strawberry cream crepes are available.

Walk along Dragon’s Back 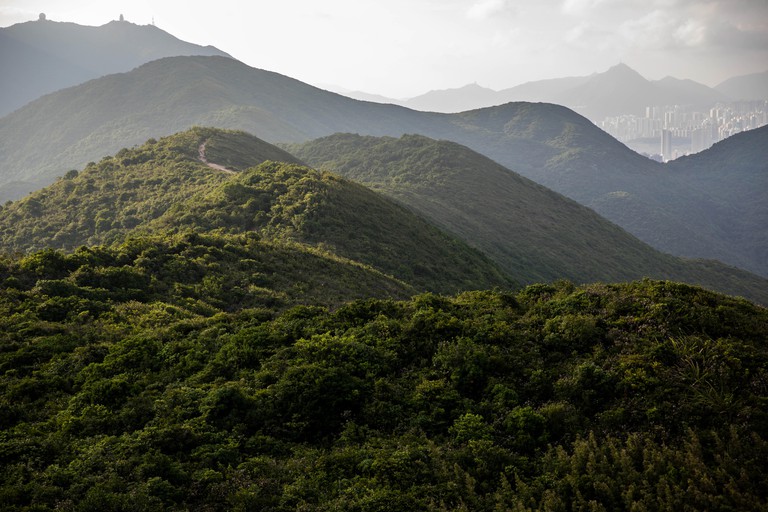 Dragon's Back Hiking Trail, Hong Kong | © Benedict Pheh / Alamy Stock Photo
Mountaineers can admire the stunning natural scenery of Shek O, Tai Long Wan, Stanley, Tai Tam and the South China Sea here. During the journey, walkers will come across a mountain gap in the trail, which is a fantastic spot for kite flying and paragliding. The end of the trail is connected to Tai Long Wan, literally meaning ‘beach with strong waves’, where travellers can finally take a break to enjoy the sun and the sand.
Give us feedback