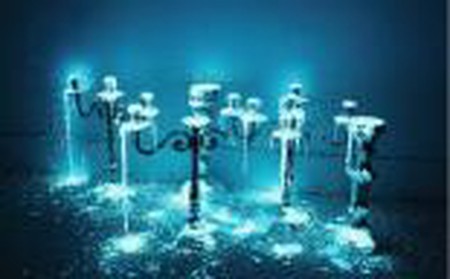 Another Light, a group show by Artshare.com, showcases a selection of outstanding emerging artists from China, all born between 1977-87. Built upon the Italian expression ‘Sotto un’altra luce’ (literally meaning ‘Under a different light’), the exhibition explores how greater clarity can be brought to a subject through assuming different angles of reflection. Another Light is curated by Roberto Ceresia, Director of Aike-Dellarco (Shanghai) and is on display from 19 December 2013 to 31 January 2014. 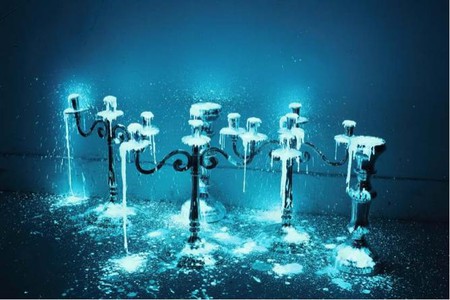 Everything Illuminates No.7 / Image courtesy of Artshare.com

What these distinguished artists share is a mind that is open to re-evaluation, which allows them to critically assess their environments through their practices. To comprehend under ‘another light’ is to understand the complex issues artists face, under the umbrella issue of contemporary art production in China. Through the myriad of references, one gleans that these complexities are derived from the multilayered nature of Chinese culture – where deep-rooted values and traditions intertwine with rising social issues and newborn problems that the country is facing for the first time in its ancient history.

Born in Chongqing, China, Chen Jie graduated from the Oil Painting department of Sichuan Academy of Fine Arts in 2004 and has exhibited widely across China. Chen Jie’s canvas is divided into countless little square blocks and then refilled with colour one by one. What may sound like a very tedious work, as the artist tenaciously following his own set of rules, results in a pellucid work of abstraction bearing hints of the waves of the sea and the endless expanse of the heavens; repetition, for the artist, is the first and foremost measure of the body in its journey to the other world. 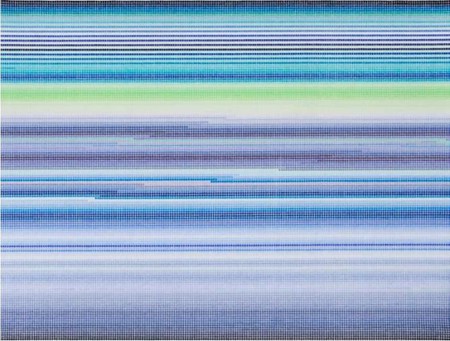 Chen Zhou graduated from Media Art Lab Department in China Central Academy of Fine Arts in 2009. Chen has exhibited widely both in China and around the world, in Madrid, New York, Beijing, Houston, and Prato. He lives and works in Beijing. In ‘Man Reading a Newspaper’, Chen Zhou describes a particular kind of social control. Under the surface of the subject’s mundane and repetitive daily routine, such as eating breakfast or reading the newspaper, his actions are in fact controlled by invisible social forces, much like strings attached to the limbs of a puppet, creating a conflict as personal desires are confronted with social norms. 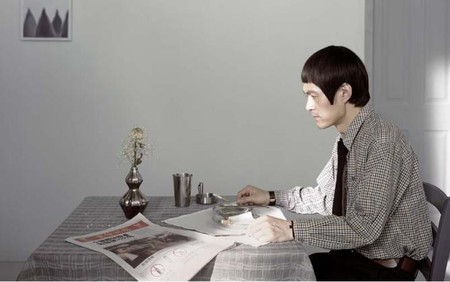 Born in Hunan Province, China, Jiang Pengyi graduated from Beijing Institute of Art and Design in 1999. His work has been exhibited in Moscow, Beijing, Shenzen, New York, Shanghai, Nantes, London and Brussels. In Jiang’s Everything Illuminates series, the mystique of autonomous objects is revealed in delicate depiction. He pours liquid wax mixed with fluorescent powder onto different objects, and lets the faint fluorescence trace the objects’ forms on film over time. Through the passage of time, these objects slowly take on their new forms on film and emit individual signals from their uncommon glow, as they emerge in a bewitching existence. 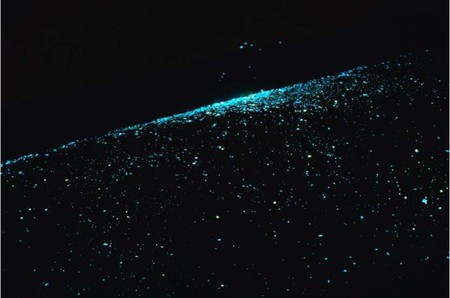 Everything Illuminates No.8 / Image courtesy of Artshare.com

Li Jingxiong graduated from Nanjing Arts Institute in 2009, and his work has been featured by a number of galleries across China. He lives and works in Nanjing, China. Li Jingxiong is particularly fascinated with the rigidity of lines, combination of colours and intricacy of details to reflect on the characteristics of abstract art. He believes that drawing is a manual process that realises the ideas one believes in. 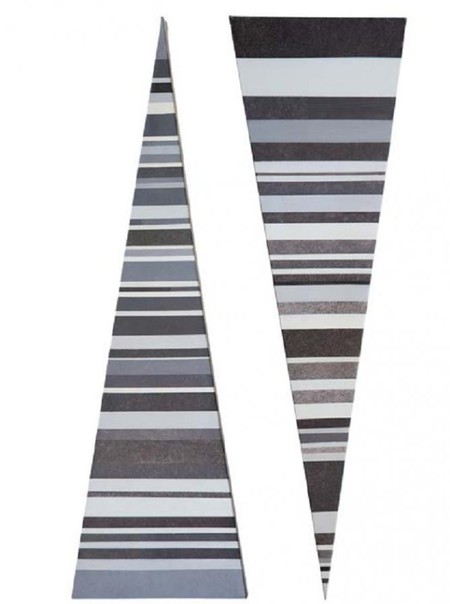 Li Shurui graduated from Sichuan Fine Arts Institute in 2004. She has exhibited her work at the Singapore Biennale, Art Basel Miami, Scope Basel, Scope Miami, Korea International Art Fair, Art Dubai and many others. She lives and works in Beijing. ‘Light No. 23’ is part of Li Shurui’s best-known series that she started in 2005. Always observant of her physical surroundings, Li is fascinated by light and the colour spectrum it produces, as well as light’s spatial relations with its environment. Often in large formats, her paintings are powerful not just because of their impressive scale, but also their immersive atmosphere. 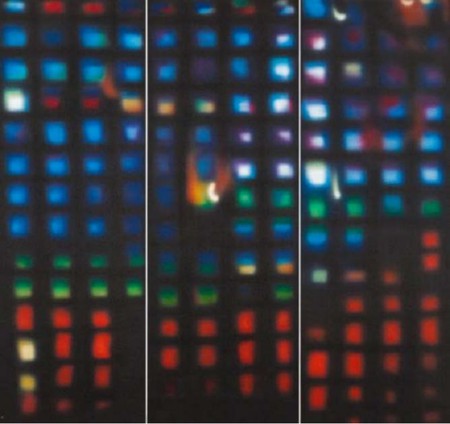 Light No.23 / Image courtesy of Artshare.com

Born in Hangzhou, Liu Xinyi graduated from China Academy of Fine Art in 2007 and Goldsmith College, London, in 2010 and has exhibited widely in Europe and Asia. In 2011, he was commissioned by the Chinese Arts Centre in Manchester to produce work for its First Step programme. Liu is interested in political knowledge and experience in today’s world; through a wide spectrum of media, he mixes political knowledge with common logic to create a new, at times strange, pathway to experience the world. Liu experiments with a range of visual media to disrupt dominant discourse, as he interrupts the generation of conclusion and besieges the purposefulness of knowledge production. Liu sees his practice as a way of achieving epistemic liberation. 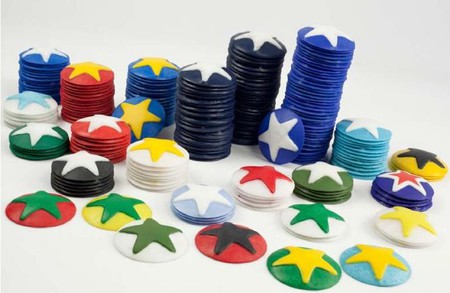 Tang Dixin graduated from the Oil Painting Department of Shanghai Normal University in 2005. He has exhibited widely across China and Hong Kong. He lives and works in Shanghai. Tang Dixin’s distinctive artistic style is characterised by loose brush strokes, his attention to intricate details, and an enigmatic narrative that gives rise to subjects from an imaginary world. 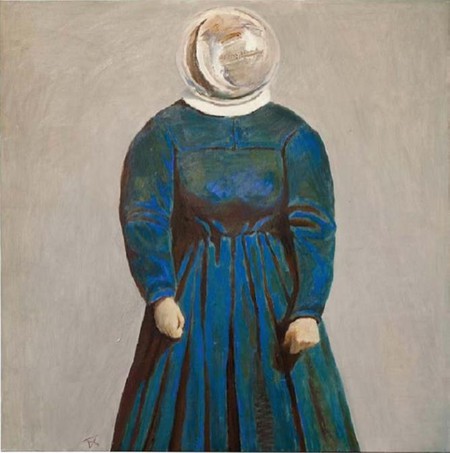 Xie Fan is fascinated by the semi-translucent quality of silk. The artist applies layers of paint on silk to create a dreamlike landscape that carries an aura of seclusion and calamity. Though he often depicts unfamiliar, fantastic sceneries, his portrayals of the national world range from birds, roads, shadow of trees and forests, waterfall, mountains and more. In his works, Xie Fan has successfully created an eerie ambience as the semi-translucent quality of silk further mystifies them. 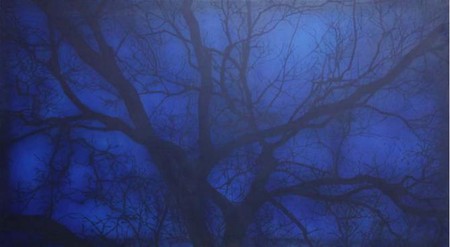 Born in Inner Mongolia, China, Yu Honglei lives and works in Beijing. Her artwork has been exhibited widely across Asia and Europe. Yu draws inspiration from the everyday objects that he collects, which bring out and create an array of new discursive possibilities. Yu’s work often conveys a strong narrative that results from making visible the concept of ‘recurrence’ – a daily phenomenon and a mental way of understanding a revelatory sense that inhibits both life and art. 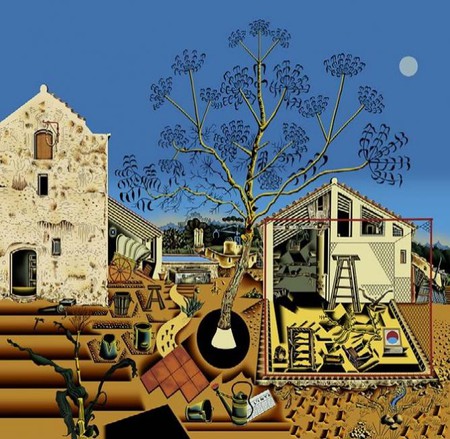 Born in Chongqing, China, Zhou Siwei graduated from Sichuan Fine Arts Institute in 2005. She has exhibited in cities as diverse as Shanghai, Luxembourg, Singapore and Hong Kong. Zhou’s natural and harmonious works have continually demonstrated an innate sensitivity to his surroundings and a clear display of his artistic language. His artistic goal is to create something ‘wild and beyond imagination’ and the process he employs is much like filling up a glass of water to the point of overflowing. Zhou works and reworks the shapes and lines of a work until they become formless and unrecognisable. It is precisely this repetitive and painstaking practice that best reflects Zhou’s creative and artistic power. 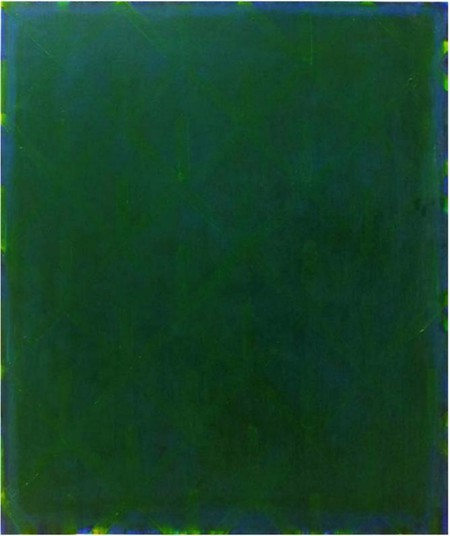 Pineapple 2 / Image courtesy of Artshare.com
Give us feedback