You Can Once Again Get Your Favorite Cheeses in China 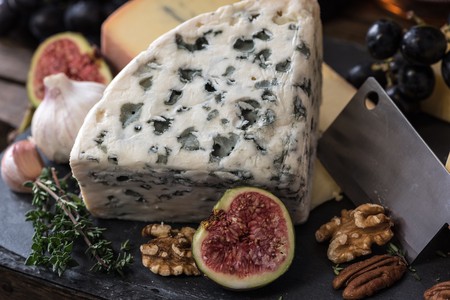 “Say cheese” is once again guaranteed to produce a smile in China, now that an import ban on soft and blue cheeses has been lifted.

China recently went several weeks without some of life’s most delicious foods—namely, soft and blue cheeses like roquefort and gorgonzola. An import ban was imposed on these types of cheeses early last month because the strains of bacteria used in making them hadn’t been officially approved by the Chinese authorities, reports the BBC. Hard cheeses, such as cheddar and manchego, were not affected by the ban.

Over this past weekend, Chinese authorities met with officials from the E.U. and lifted the import ban. According to the BBC, the EU Delegation and the French Embassy will be organizing meetings between European and Chinese experts in order to update standards, to try to avoid similar bans in the future. Cheese imports are expected to resume immediately, but the country may be looking at another several weeks before the newly lawful cheeses make their way through the import procedures and supply chain, and are once again found at markets and restaurants.

The ban had such a large effect on the country because more than 90 percent of the cheese sold in China is imported, according to the BBC, with the majority of it coming from Australia and New Zealand. A research company called Euromonitor predicts that cheese sales in China will reach $800 million this year, up more than 20 percent from 2016. Will cheese go the route of prestigious wines, or expensive scotch, or even coffee, with China coming to dominate the global marketplace? It’s definitely possible, especially after being plunged into a brief but massive cheese withdrawal, that the country’s luxury market will come to appreciate these most delicious of cheeses even more than ever before.