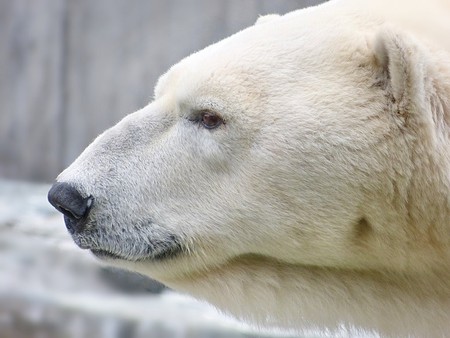 A polar bear named Pizza, who is known on the Internet as ‘the world’s saddest polar bear,’ has been temporarily relieved from the tiny display case in Grandview Mall in Guangzhou, China, where she lives. Pizza attracted global attention in March 2016 when numerous animal advocacy groups denounced Grandview Mall for keeping her captive for the sake of entertaining shoppers.

On November 12, 2016, the Grandview Mall Aquarium announced via its WeChat account that three-year-old Pizza would be temporarily moved back to her birthplace, a zoo in the northeastern province of Tianjin, while the mall makes renovations to her enclosure.

Pizza’s plight first gained widespread notice when the Hong Kong-based advocacy group Animal Asia posted a video of her titled ‘The tragic bear that suffers for selfies,’ which shows Pizza lying on her side in her cramped enclosure. Animal Asia’s online petition to close the Grandview Mall Aquarium – which also houses arctic foxes, whales, and belugas, among other species – has so far garnered over 800,000 signatures.

According to one expert who studied clips of the bear, Pizza was showing signs of ‘mental decline,’ judging by her repetitive pacing, head swaying, and other behaviors, which are indicative of stress.

Following the news of Pizza’s transfer to the Tianjin zoo, animal rights groups have called for her to be able to remain there permanently, calling her imprisonment at Grandview Mall ‘cruel and heartless.’

In September, the UK-based Yorkshire Wildlife Park made a public offer to home and rehabilitate Pizza in a specially created habitat for polar bears. However, Grandview Mall declined. 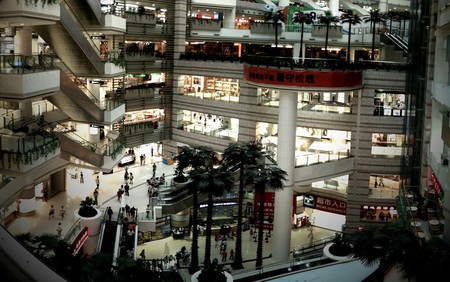 In November, the mall released a five-minute documentary in Chinese that claims that Pizza is doing well in her current home. The clip shows a Grandview Mall Aquarium staff member named Sasa giving Pizza toys, feeding her, and keeping track of her weight.

The video concludes with Sasa saying: ‘Pizza is like family to me. Everything we do, we do it so that she can have a better life… I love Pizza. I love these cute animal companions.’