Why Everyone Should Visit Yunnan at Least Once in Their Lifetime 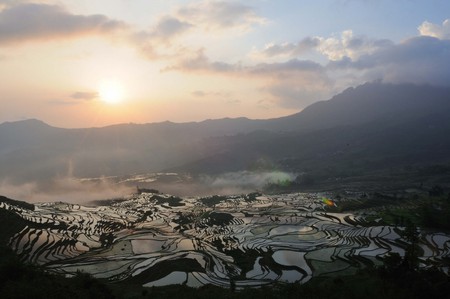 With both natural beauty and an amazing array of ethnically diverse cultures, Yunnan province has it all. While travelers in China often eschew Yunnan in favor of more famous places like Beijing and Shanghai, those who do choose to put it on their itinerary are rarely disappointed, and many later name it one of their favorite places in China. Here are some reasons why you should visit Yunnan.

Simply put, Yunnan is stunning. Where else can you find snow capped mountains, glistening rice paddies, and tropical rainforests all in one province? Yunnan is a dream come true for hikers and bikers, with well trodden trails along the Tiger Leaping Gorge, as well as more unusual track treks in places such as the Nujiang Valley. Down south in Xishuangbanna, trek through jungles that rival anything Southeast Asia has to offer, and far north, scale peaks that could give Everest a run for its money. Not an adventure traveler? You can enjoy the natural beauty of the province by simply gazing out over Yuanyang’s rice paddy terraces from the comfort of your room in your cozy guesthouse.

Home to 26 ethnic minorities, Yunnan is a place where you can experience cultures other than that of the dominant Han Chinese. Chinese ethnic minorities have their own languages, festivals, and cultural traditions, some of which are incredibly unique and interesting. The Naxi people, for instance, still practice a form of Shamanism. The influence of ethnic minorities is apparent in the local musical traditions of Yunnan, which are some of the most unique in China, and which are even influencing popular Chinese mainstream music. 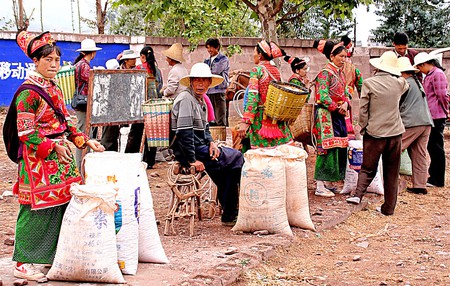 Yunnanese food is an amazing blend of flavors from mainland China, Southeast Asia, and Tibet. Those who like it spicy won’t be disappointed at all, as the Yunnanese like it hot, although most dishes can be made without spice if your taste buds aren’t up to the challenge. The food of the Dai people, from Xishuangbanna, incorporates a lot of lemony-sour flavors, and is similar to Thai or Laotian food, while the food of northwestern Yunnan has more bread and barley than most Chinese cuisine, and often involves yak meat or yak milk. The food of Yunnan as a whole is a flavorful mix that makes it some of the tastiest in all of China. If you’re an adventuresome eater, Yunnanese specialties like fried grasshoppers, live shrimp, and raw pork are musts for your “to-try” list. A fan of street food? No trip to Yunnan would be complete without a visit to a night barbeque, where an endless array of fresh vegetable and meat kebabs will quell those late night cravings. 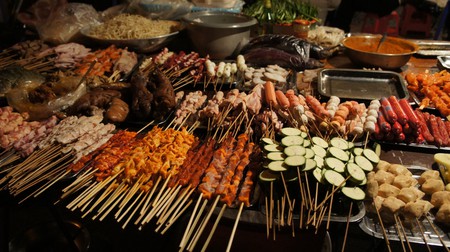 Yunnanese people are a friendly bunch, and their distance from Beijing has given them a bit of a laid back, devil may care attitude that many find endearing. The saying in Yunnan goes that “the mountains are high and the emperor is far away,” which is a way of explaining why people here have a much more relaxed way of viewing politics and official policies, as well as a bit of a nod to their generally irreverent sense of humor. Yunnanese hospitality is also something every traveler should experience, whether in the back alleys at a local Kunmingese rice-noodle shop, or a far flung mountain village. The locals may not speak the pristine Mandarin Chinese of Beijing or Shanghai, but that won’t stop them from dragging you inside for a cup of tea, cigarettes, and some shots of baijiu if you’re lucky. 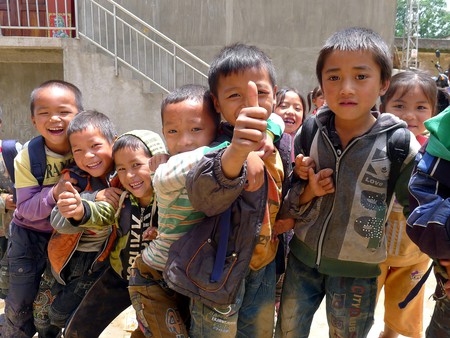 Kunming is not known as “The Spring City” for nothing. Owing to it’s subtropical latitude combined with its high altitude Yunnan has moderate climates all year round, with even the hottest summer temperatures rarely breaking 30 degrees Celsius. Winters are mild as well, with lows rarely dropping below freezing and sunny winter days are often that perfect temperature where you can wear a coat, or not, and still be comfortable. While there is a brief rainy season in late summer to early fall, it is nothing compared to Southeast Asia or India’s monsoon season. 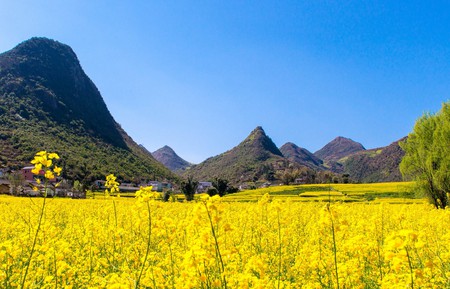 If half the reason you came to China was to shop, Yunnan will not disappoint. From the prized and expensive pu’er tea, to exquisite minority handicrafts, Yunnan has something for everyone. The Miao people are known for their intricate embroidery, the people of Jianchuan for their woodworking, the people Dai people for their weaving and the people of Heqing in the Northwest for their delicate silverwork. Part of the fun of walking through Yunnan’s old towns of Dali and Lijiang is certainly browsing the many shops that line the streets and picking out souvenirs for the folks back home, and to remind you of this special and unforgettable place. 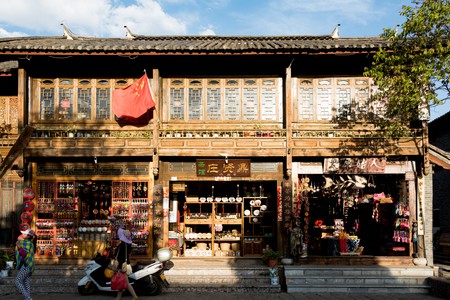