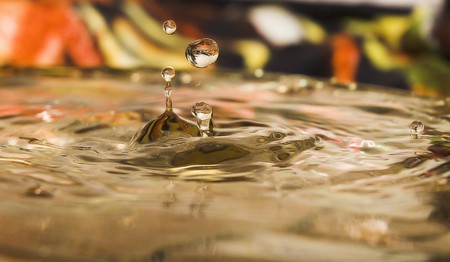 In China, not only is water best served piping hot, drinking it is also seen as a cure-all for ailments from the common cold to cholera. Why don’t the Chinese seem to mind burning their tongues every time they take a sip? As with most questions, the answer lies in history. Here’s everything you need to know.

The Chinese custom of drinking hot water goes beyond simple preference. According to traditional Chinese medicine, every human body is made up of yin elements and yang elements. A person remains healthy when the yin and yang are balanced. However, if the yang gets too strong, the body’s internal temperature rises, and that person becomes susceptible to any number of illnesses.

To treat these illnesses, the person must get rid of the extra yang, or the excess heat. The best way to do so is by consuming food and drinks in the yin category. Hot water, for example, is a yin beverage. It is believed to actually lower the body’s internal temperature, restoring the balance and, with it, the person’s health. 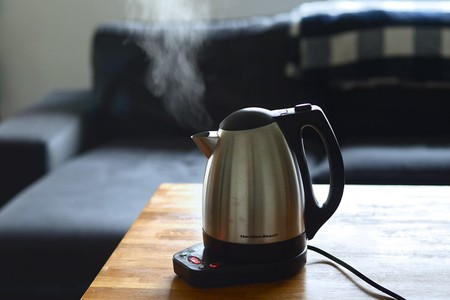 Though it seems counter-intuitive to put more heat into the body when the root issue is too much heat, there exists a historical precedent for China’s obsession with drinking hot water for its health benefits.

The Chinese have been drinking hot water since at least the 4th century B.C. At that time, hot beverages were seen to expel humidity from the body, while cold beverages could, naturally, cool the body down. But not everyone had access to the luxury of fuel for a stove. Thus, hot water was reserved for those who needed it the most, namely pregnant women, the elderly, and the sick.

And so, gradually, there grew to be a connection between health and hot water. 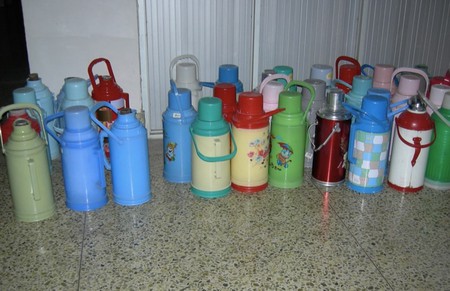 It wasn’t until 1862, however, that this connection was cemented as the golden rule of traditional medicine. That year, a cholera epidemic broke out in Shanghai, killing up to 3,000 people a day, many of whom were refugees from the ongoing Taiping Rebellion. From Shanghai, the disease spread northward, reaching the capital of Beijing.

The south, on the other hand, remained untouched by the disease. It was well known at the time that southerners drank more hot water than northerners. And while hindsight has made it clear that the real cause of cholera’s northward travel was mail boats, the myth that hot water had spared the south spread as fast as the disease itself. 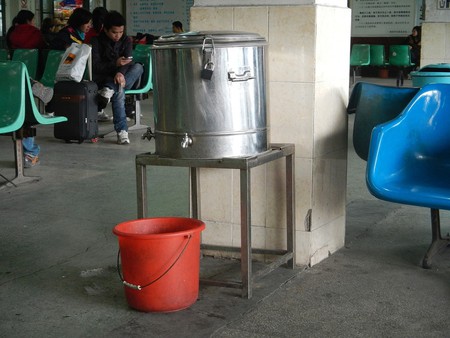 By the time of the Communist takeover in 1949, drinking hot water had already become a widespread preference among people of every geographic position and party affiliation. The Nationalists even promoted it in their 1934 guidebook Essentials of the New Life Movement.

In 1952, the new Communist government launched their nationwide Patriotic Health Campaign, with posters hung in schools declaring that “Children should cultivate the habit of drinking boiled water three times a day!”

And still today, it’s hard to find a Chinese person without a thermos in hand and even harder to get cold water in restaurants. Doctors give advice to drink hot water no matter the severity of the patient’s illness, and even as the popularity of traditional medicine declines, drinking hot water remains China’s strongest vestige of the past.