Why Do Chinese People Cut in Line? 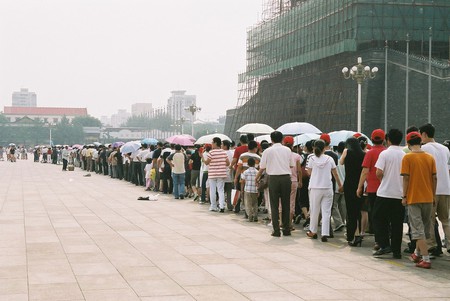 Line-cutting, queue-jumping, call it what you will: it’s the thing that expats love to hate about China, and the one thing that seems to stick in the minds of Westerners about Chinese who travel through their lands. Many dismiss the behavior as a mark of uncivility, using it as added fuel for their uninformed beliefs – but can it really be written off in such a way?

Aside from bucket hats, fanny packs, and zoom-lens cameras, line-cutting is typically what people point to when identifying a Chinese tourist. But why has the unsavory behavior become so synonymous with Chinese mainlanders, while their Hong Kong and Taiwanese counterparts escape such complaints unscathed? Why is it that seemingly everyone in Chinese cities can line up perfectly on the arrows in front of the subway door but as soon as the car pulls up and the doors open, a frail-looking old lady comes scurrying right past the line, pushing against the amoebic glob of people trying to exit, using strength from an unknown source to elbow others out of the way, and finally leaving barely enough time for the patient waiters to climb in after her?

While most Chinese people seem similarly disgusted and confused by the behavior, there is a possible explanation that helps put everything into perspective. 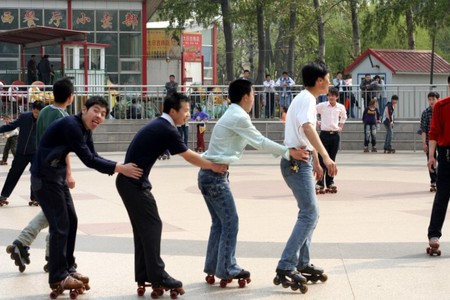 Most modern Chinese cities are made up in large part by migrant workers, people of lower economic standing from the west of China who move to the east for better opportunities. In fact, in places like Shanghai, migrants make up as much as a third of the total population.

In their rural countryside hometowns, the migrant workers were unbound by skyscrapers and convenience stores on every block, living instead on their own tracts of wide open land. There, although the farming profits were minimal, they could work for themselves and answer to no one but the turning of the seasons. In the cities, everything is different. The air is stifling and the people endless. Queues are formed for everything from buying a train ticket to waiting for a milk tea. For someone who grew up only looking out for himself, it’s understandable that the new arrival is unfazed by the new social customs staring him in the face. He cuts the line; he gets to the front faster.

That doesn’t mean the blame rests solely on the shoulders of migrant workers, of course. If you look at the expat population in Shanghai or Beijing, even while they ceaselessly complain about the line-cutters, they’re pushing ahead of people themselves. It’s natural to follow the bad habits of others, and when everyone else around you is doing it, it almost becomes necessary to do it yourself lest you get lost in the crowd and thrown back by the constant onslaught of people. 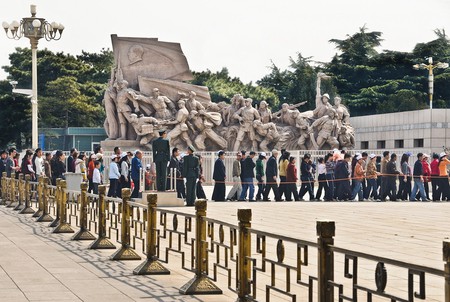 Though such a theory may appear overly simplistic, it holds water when used as a lens through which to look at Hong Kong, where the demographics are very different. Hong Kongers have a culture of hiring foreign domestic workers, but those people only make up about four to five percent of the special administrative region’s total population and cannot be called migrant workers, as they come from outside of China (usually Indonesia and the Philippines). Anyone who has been to both Hong Kong and the mainland knows that the cultures are very different. Therefore, it appears not only rude but racist say that all Chinese people are uncivilized, because it is simply not true. Hong Kongers, despite going by that term, are also Chinese. Line-cutting is not a matter of ethnicity. It is a matter of demographics and survival.

As for the little old lady shoving people out of the way to get a seat on the metro, she’s likely doing that because more and more young people refuse to give their seats up to her. They look down at their phones, engrossed in their Chinese historical dramas. They may see the woman, but their phones provide a convenient excuse for hogging the seats. And besides, doesn’t someone who lived through the China of the ’60s and ’70s deserve a break every now and then?