Why China is Rebuilding Europe in its Own Image 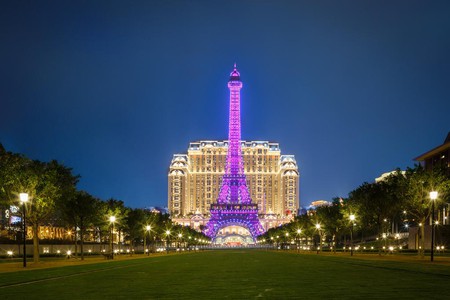 In the past decade, hundreds of Western-style copycat towns and buildings have popped up in China. So why are they being built? And how long before visitors will be unable to tell where Europe ends and China begins?

Who knew that a mini-me of Europe existed in China? Starting in the early 2000s, imitations of famous Western towns and cities began popping up all over the country.

So far, the biggest of these Western-style urban developments has been Shanghai’s “One City, Nine Towns”, which opened in 2001. Here you’ll find several towns, each built in the architectural style of a different Western country.

Among them, Thames Town – a traditional English style village complete with Edwardian town homes, a high street named after London’s “Oxford Street” with its own mock-Tudor pub, a fish-and-chip shop and even Britain’s iconic red phone boxes standing next to quaint corner shops. 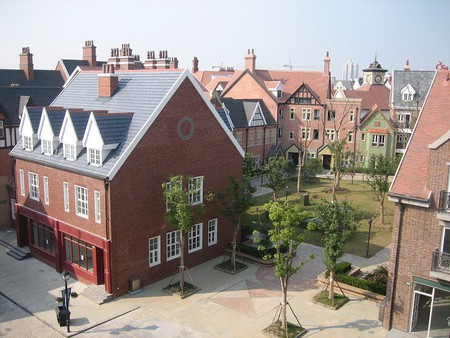 About US$330 million was spent over three years on Thames Town alone. No expense was spared either – actual lampposts were imported from England and a scale replica of a picturesque Gothic parish church was built on the town square.

Thames Town’s neighbours include similar Western-themed developments modelled on the design and architecture of places in Italy, Spain, Canada, Germany, the Netherlands, and Scandinavia. 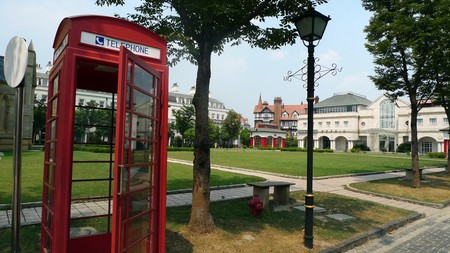 The former Shanghai mayor, Chen Liangyu, came up with the idea to build the project in response to growing concerns of overpopulation. His solution was to turn suburban areas into satellite towns, creating much-needed residential space while allowing local and foreign architects to experiment with new design initiatives.

Alas, the likes of Thames Town were constructed and, from there, the trend exploded. Today China is home to so many Western-style buildings and towns that they reach into the hundreds, if not thousands. 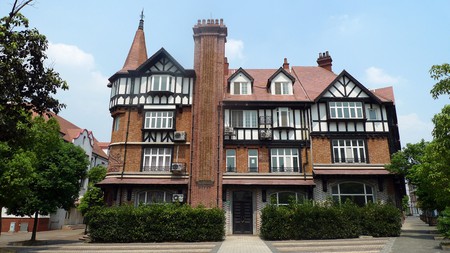 It’s a unique phenomenon because although many countries around the world are known for copying single buildings or imitating a particular architecture style, China is copying entire cities. This has never been seen before.

Take, for example, the Tianducheng development in Hangzhou which is China’s version of Paris. Built in 2007, it’s a luxury real estate development with its own replica of the Eiffel Tower, a main square called Champs Elysées, filled with grand European buildings and wide walkways.

Thanks in large part to global media attention, tourists from around the world now flock to see these Western-style cities just for their novelty value, with some even considering them tacky. However, for the Chinese, architectural mimicry is often viewed differently. Having emerged from strict communist living, these new developments, or “duplitecture” as they’re often referred to, are seen as symbols of the new power of choice and wealth that China is now experiencing.

“Some might argue that it’s tacky, but at the same time it’s cool in a country where there used to be a lack of choice, that people can now choose and vacation, even on the same island, in a Venice or a Paris and they never have to leave China,” says Bianca Bosker, author of the book Architectural Mimicry in Contemporary China, in an interview with the South China Morning Post.

6,000 miles from France in a ghost town in China, there's a copy of Paris. #Tianducheng

In a way, these Western theme towns are not direct copycats. Instead, they are fantasy versions of the West built through Chinese eyes. They are the West’s best bits; the greatest architectural hits of the West that present an image of wealth, worldliness, and sophistication.

It’s this fantasy image that is key to why so many Chinese are keen to buy properties in these theme towns. For them they serve the same purpose as a Gucci logo on a designer purse – they are status symbols that convey an air of worldliness and accomplishment for the people living within. 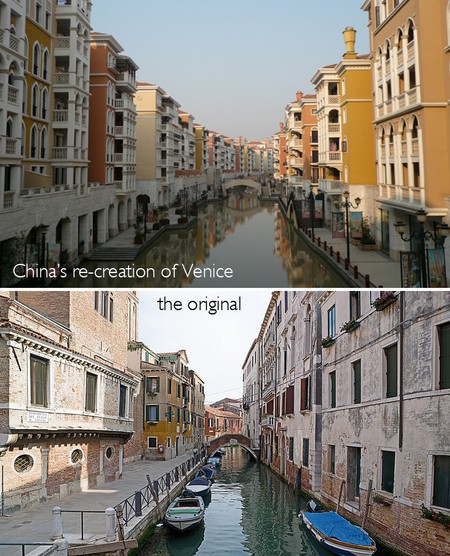 For the developers, building these Western-themed towns and housing developments is not so much a tribute to the West, but simply because they sell well.

Even though many of the theme towns have been dubbed “ghost cities,” nearly every piece of property has been sold, often for millions of dollars. It’s clear that the Chinese want to buy into these theme towns because the architecture evokes an entire lifestyle. In effect, they’re buying the appearance of success. 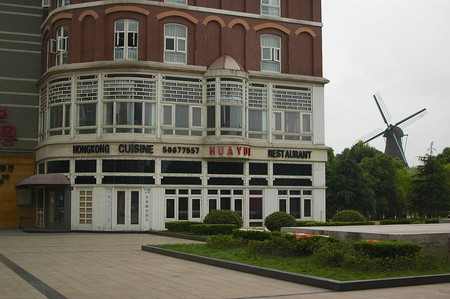 Compared to many conventional Chinese cities, it also helps that these theme towns are pleasurable places to be. They tend to have vast open green spaces, very little traffic, street-side cafes, tight-knit communities, and a calm, peaceful ambiance.

So whilst the real Europe adjusts to modern upheaval and uncertainty, the Europe in the middle of China is rather an idyllic place to be. Who would have imagined?