Who Is Xander Zhou? Five Things To Know About China's Premier Streetwear Designer 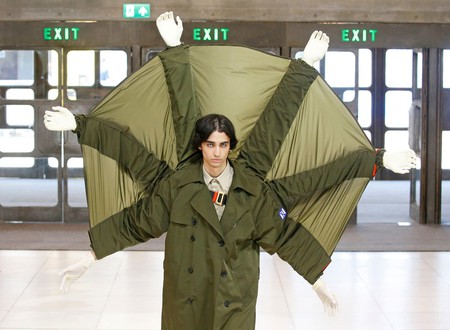 Zhou’s SS19 show was a statement on technology’s potential effects on humanity, featuring cyborg-style sunglasses and multilimbed human-alien hybrids. The designer is known for his anti-establishment tailoring, reminiscent of new-wave Japanese designers such as Junya Watanabe and Rei Kawakubo – and his latest offering is no exception. In a backstage interview with WWD, Zhou confirmed that he isn’t concerned with trends. ‘[The show is] my vision of the future,’ the Beijing-based designer said. ‘I wasn’t designing based on fashion elements – that’s not the right world for me.’ Instead, New World Baby saw men take to the catwalk in prosthetic pregnant bellies. 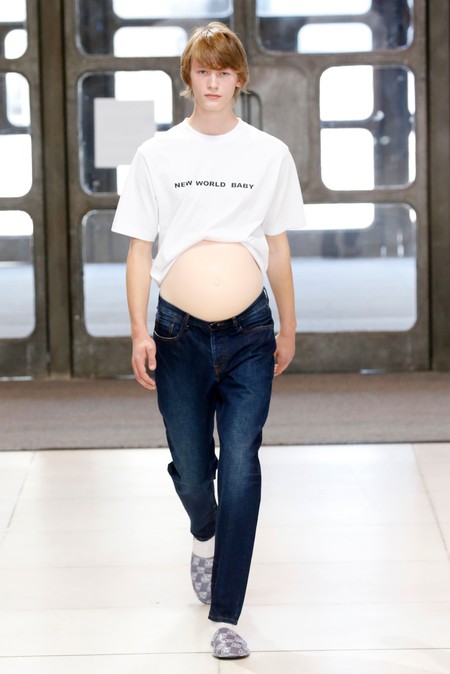 Zhou studied industrial design in China but ended up dropping out in order to study fashion design in The Hague. He then returned to China to launch his label in 2007, according to Business of Fashion. ‘It is harder to achieve success as a young fashion designer in Europe than you would imagine,’ Zhou told China Radio International in a 2008 interview. ‘It’s much quicker to put your idea into practice in China, as there is a lot of space to create here at home.’ 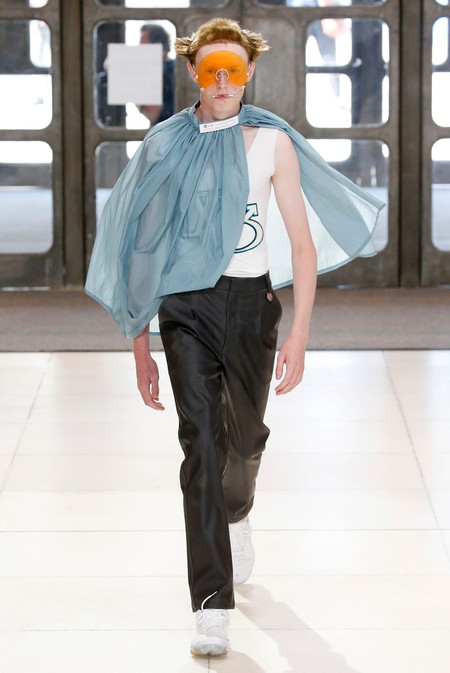 His mum is his biggest fashion inspiration.

In a statement on his website, the 35-year-old writes that he ‘gets inspired by things I encounter in daily life, especially during travels.’ He goes on to note that his mum ‘with her 100 pairs of high heels has had a longer lasting influence on my fashion sense than any other style icon.’ His own nightlife has also inspired his streetwear aesthetic. ‘I am always very into parties and other gatherings of young people,’ Zhou told Metal Magazine. ‘I have partied with three generations of young people. When I am new to a country or a city, I will start to explore it by going to parties, and not by looking at its ancient history.’ 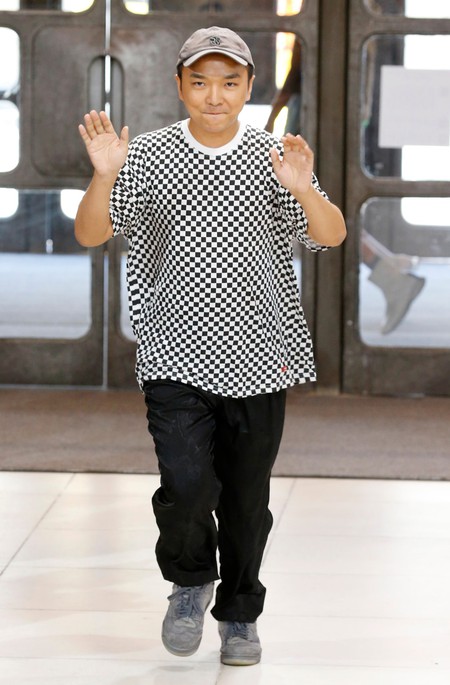 He redefines what it means to be a Chinese designer

‘Some people think that only clothes that have dragons or peonies on them are “really Chinese,”‘ Zhou states on his website. As his SS19 collection illustrates, the designer steers his aesthetic away from traditional Chinese fashion. ‘I think it is wrong to suppose that anything coming from China should [by] definition be distinctly Chinese,’ he writes. Zhou’s aesthetic is a blend of streetwear and couture, pushing the boundaries of what’s considered wearable.

His label has a robust international following

Business of Fashion notes that Zhou’s line is sold at 20 stores globally, including Opening Ceremony (Japan and the US), Machine-A (UK) and Boon the Shop (South Korea). Collaborations with brands such as Nike and buzzy Korean label Gentle Monster have helped bring the label to a wider audience, with Zhou telling Business of Fashion that the tie-ins were ‘well received by the advertisement and fashion industries.’ This reception recalls the success of streetwear brand Supreme’s collaboration with Louis Vuitton, which was one of the most coveted product drops in recent history.