Where to Watch Dragon Boat Races in Macau 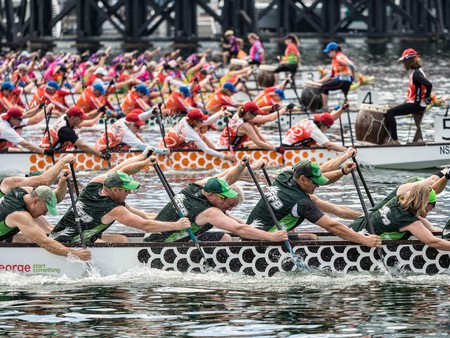 Every year since 1979, Macau has played host to a Dragon Boat Races tournament. Now more popular than ever, the competition attracts dragon boat athletes from around the globe who descend on the city for three days of back-to-back races, culminating in two main international races on the final day.

Macau’s picturesque Nam Van Lake is where the action takes place, as teams compete in colourful paddle-powered boats, often decorated with dragon heads, to see who will make it first across the finish line. Crowds gather to cheer on their favourite teams, enjoy festive food, and soak up the party-like atmosphere. 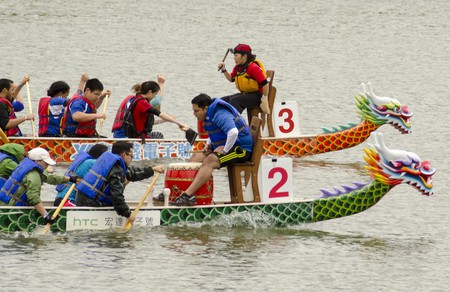 Teams from all over the world compete in paddle-powered boats, often decorated with dragon heads. | © kyle tsui / Flickr

The Dragon Boat Festival, known as ‘Tuen Ng Festival’ in Chinese, takes place annually on the 5th day of the 5th month of the Chinese Lunar Calendar. With origins dating back more than 2,000 years, it’s held to commemorate Chinese scholar, Qu Yuan. Dissatisfied by the corruption that plagued his country, Yuan drowned himself in 278BC by leaping into a river.

When news emerged of Yuan’s drowning, legend has it his fellow countrymen paddled out to the river and drummed on their boats to scare off evil spirits. This episode of racing to search for his body eventually evolved into the cultural tradition of dragon boat racing. The annual festival marks the anniversary of Qu Yuan’s death.

Sunday, June 17: 500m qualifiers for teams trying to get into the international competitions.

Teams from around the world will be vying for the esteemed medals, including the United States, Canada, Indonesia, Singapore, Thailand, the Philippines, Myanmar, Hong Kong and China. 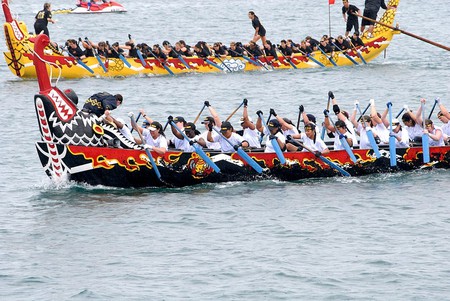 The most traditional snack to eat at Dragon Boat Festival is zongzi – a glutinous rice dumpling, steamed in bamboo leaves, and usually filled with egg yolk, pork, and mung bean. The tradition of eating these dumplings dates back to the festival’s origin. 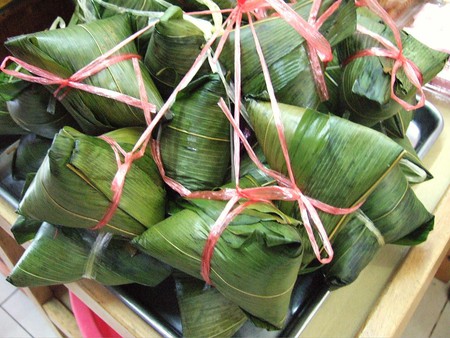 According to legend, when Qu Yuan’s drowned body was discovered, he was so beloved by his people that they threw rice dumplings into the water so that the fish would feed on the rice and not his body. Eating zongzi has been a tradition at the Dragon Boat Festival ever since.

You’ll find several well-equipped food stands in and around the Nam Van Lake Nautical Centre selling these traditional dumplings. In addition, a variety of souvenirs and dragon boat memorabilia are sold at various pop-up booths. Meanwhile, various artistic performances and parades from local dancers and magicians provide entertainment in between races.