Where to Buy the Best Tea in Beijing 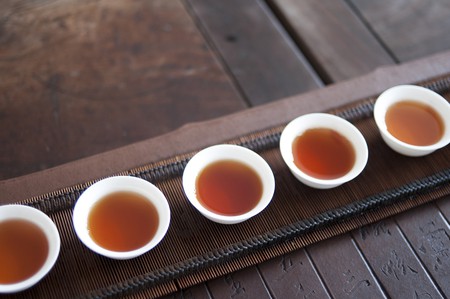 Old Beijingers love jasmine tea. Unlike black tea, the preferred drink of the upper classes in Britain, Beijingers’ tea has always been associated with the lower classes, and is regarded more like a life philosophy than simply just a beverage. A good cup of tea should never take up more than 70 percent of the vessel it’s being served in, symbolising the respectful space people leave for each other. It’s said that the stronger the tea, the more welcome a guest will feel. Here’s a list of where to buy the best tea in Beijing.

With over 200 branches all over Beijing, this tea shop, dating back to 1887 is no doubt the flagship of the business. The brand’s founder, Wu Yutai, brought some tea leaves from his hometown in Anhui Province with him while escorting a candidate to Beijing for the imperial examinations. His brew became an instant hit among his Beijing neighbors, who then encouraged him to start his tea business in the city. Wuyutai Tea is known for its Anhui teas, including the Qimen Black Tea, Lu’an Melon Seed Tea, and Taiping Houkui Green Tea. Some branches have even begun to sell green and jasmine tea flavored ice cream.

Founded in 1900, Zhang Yiyuan is another Beijing institution. Its founder, surnamed Zhang, was also from Anhui Province, and brought the tea from his hometown to Beijing. Legend has it that “Yiyuan” is borrowed from an old verse from I Ching: “Yi Yuan Fu Shi, Wan Xiang Geng Xin,” which has an auspicious meaning: Everything has a fresh start in the beginning of a new year. The jasmine tea served here has an unforgettable taste. 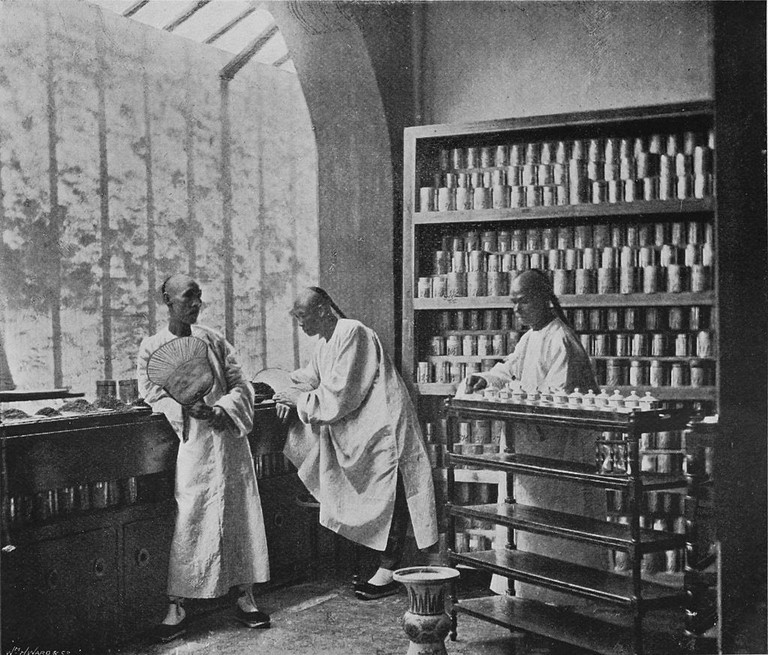 Chinese Tea Dealers in the 19th century | © John Thomson / WikiCommons
The Yong’an Tea House in Beijing has risen to fame because of its “Men Bao”, small packets of around six grams of jasmine tea leaves, specially designed for people who wanted to drink tea while visiting the public bathhouses. Nowadays every household has its own bathroom, and few people would go to a public one, but the small packets have remained a popular product at the Yong’an Tea House.
Open In Google Maps
1 Mei Shi Jie, Xicheng Qu Beijing Shi, China
+861063132156
Give us feedback

Tea Room, Tea , Chinese
Facebook
Email
Twitter
Pinterest
Copy link
Share
Map View
Although having branches in Beijing, Zheng Xingde is actually from Beijing’s neighboring city Tianjin. Founded in 1738 by a man of the Hui ethnic group, Zheng Xingde is one of the few Muslim tea brands. The jasmine tea at Zheng Xingde is made from spring tea leaves carefully selected from the north and east of Fujian Province. Other scented tea, as well as black tea, green tea and white tea, can also be bought at Zheng Xingde.
Open In Google Maps
5 Niu Jie, Xicheng Qu Beijing Shi, China
+861063558399
Give us feedback

Building
Facebook
Email
Twitter
Pinterest
Copy link
Share
Map View
There is a street specializes in everything related to tea, from over 3,000 kinds of tea leaves from across 16 provinces in China, to teapots and even tea tables, in southwest Beijing’s Maliandao Road. You’ll also find Maliandao Tea City located on this street, a building in which three floors are filled with tea vendors, with the fourth floor selling cameras. For those who are new to the world of tea, it’s recommended that you buy your first brew at a well-established tea house before going to Maliandao, where you’ll be surrounded by a multitude of options once you’ve become more familiar with Chinese tea.
Open In Google Maps
11 Ma Lian Dao Lu, Xicheng Qu Beijing Shi, China
+861063438550
Visit Website
Give us feedback
Give us feedback