When Is the Best Time of Year to Visit Macau? 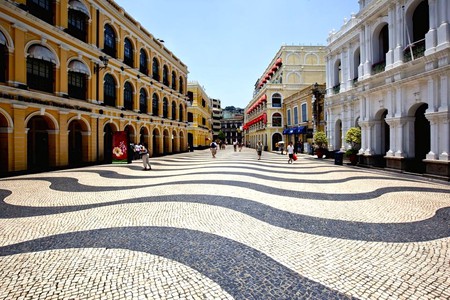 Though Macau is a popular place to visit all year round, some months are more suitable than others – depending on the nature of your visit. Here’s all you need to know about when, and how, to get the best out of your trip.

A trip to Macau, the world’s most successful gaming capital, is well worth the gamble. It’s not just the multibillion dollar casino resorts that attract visitors, it’s also the city’s unique mix of Chinese and Portuguese cultural influences – a blend that you won’t find anywhere else. Plan ahead and you’ll find you can make the most of your time away.

Macau has a subtropical climate. In other words, it gets particularly humid and sticky during the sweltering summer months (June-September) and begins to cool down from October onwards. Average humidity tends to reach between 75-95% – very high. 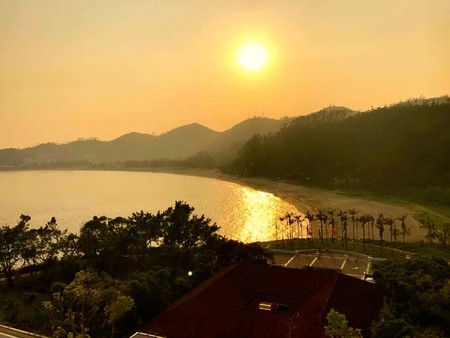 Spring in Macau (March – May) or autumn (September – November) are the best seasons to visit weather-wise. The average temperature during Macau’s spring and autumn is a comfortable 22°C (72°F). It’s still shorts and t-shirt weather, but you can comfortably spend time outside without feeling like you need to take a shower every 30 seconds, which is the case in the intensely hot and humid summer months.

Macau, especially the Historic Town Centre (which was designated a Unesco World Heritage Site in 2005) is very walkable. Therefore, if your intention is to venture around the city and see the real Macau beyond the casinos, then it’s best to visit between March – May, or September – November. However, if you plan to visit Macau just to visit the casinos, then since these multibillion dollar resorts are well air-conditioned, then any time of year is fine. 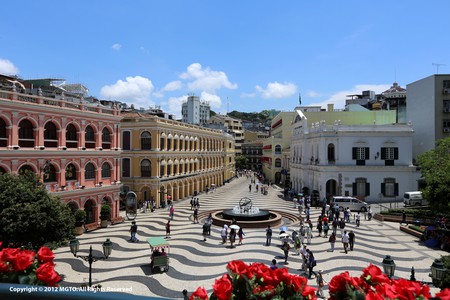 January: Winter in Macau is from December to February when the climate is cold and dry. The average temperature is 15°C (59°F), but it can fall as low as 5°C (41°F), which often feels colder, especially as nowhere has central heating. You’ll need to bring a coat if you’re visiting in January.

It’s fun to celebrate New Year’s Day in Macau (January, 1) as a huge fireworks display is held at midnight at the the Nam Van Lake. January is also host to the annual city Fringe Festival – Macau City Fringe Festival is a non-mainstream art festival featuring alternatives and experimental performances and art activities. 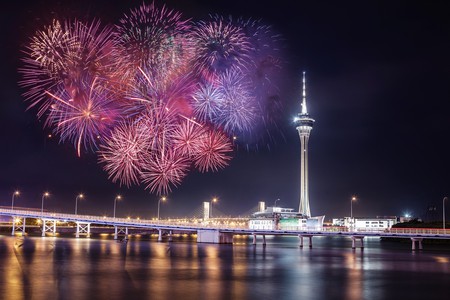 February: The celebrations usually step up a gear in February as it tends to be the month that the biggest festival of the year is celebrated – Chinese New Year, aka Lunar New Year. Typically, CNY falls between January, 21 to February, 20. Usually, three to four days are public holidays, and the streets come alive with a mixture of colourful and lively parades, traditional lion and dragon dances, and fireworks displays – not to be missed!

March: Spring has sprung and with it comes the Easter holidays. Since Macau was a former Portuguese colony for close to 450 years, the Easter holidays are still a festival celebrated by many in the city. Attending a Good Friday or Easter mass at one of the Catholic churches can be very meaningful. In addition, many local shops and patisseries sell special Easter items, including chocolates, Portuguese folar egg cake and others. 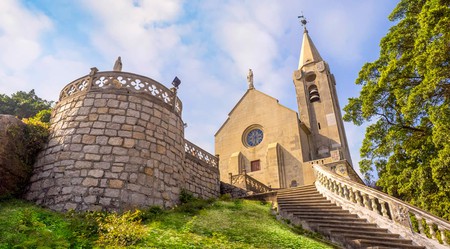 April: The Feast of Pak Tai is one of the major festivals celebrated during April. The festival honours Pak Tai – the Taoist god of the sea who, according to legend, conquered the Demon King, who was terrorising the universe. Every year performances of Chinese opera are usually held in a mat-shed at the Pak Tai Temple in Macau’s Taipa Village.

May: Celebrated in early May is the A-Ma Festival. During this festival, locals visit Macau’s oldest temple, A-Ma Temple, to pay homage to the city’s most popular deity, the Goddess of Seafarers, from whom Macau is said to derive its name. 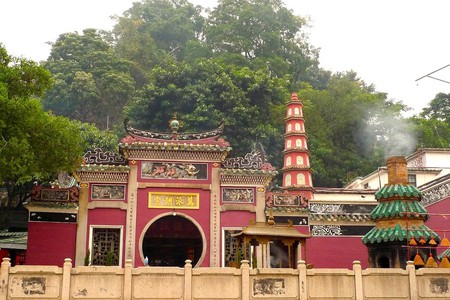 June: With the start of the sweltering summer months, visitors will not want to venture outside for too long. However, there is one exception that is worth braving the heat for – the Macau International Dragon Boat Races. Held annually at the end of May or early June, it’s one of the city’s most colourful, competitive summer events. Over three days, teams of paddlers row furiously to the beat of a drum in boats shaped like dragons, providing spectators with a spectacularly exciting and colourful sight.

July & August: Usually the hottest months in Macau – if you have to venture outside, it’s best to do so early morning when the heat and humidity are at their lowest. However, many of Macau’s 40 casino resorts are like destinations within themselves, with plenty to keep you occupied – and they have great air-conditioning. The summer is best spent at one of the city’s numerous outdoor swimming pools. 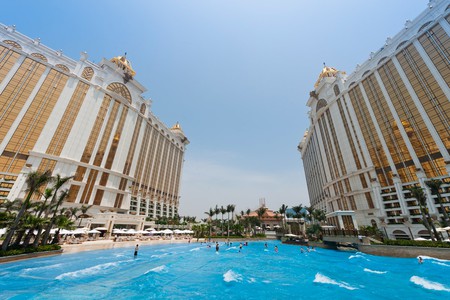 September: If you’re visiting Macau during September, be sure not to miss the annual Macau International Fireworks Display Contest. In the past, Macau used to be the biggest exporter of firecrackers in the world. These days, the city plays host to one of the most spectacular fireworks contests in the world. Top teams from around the globe compete to win the grand trophy with an entire week dedicated to dazzling displays.

October: As Macau begins to cool off from the intense summer heat, music takes a front seat. The city attracts hundreds of thousands for the annual Macau International Music Festival. Now in its 32nd year, it typically features opera, orchestral and chamber music, Chinese folk music, jazz, Broadway numbers and a dynamic mix of all things musical from every corner of the globe. Stunning heritage venues like Dom Pedro V Theatre, Mount Fortress and St. Dominic’s Church serve as inspiring settings for various concerts and performances. 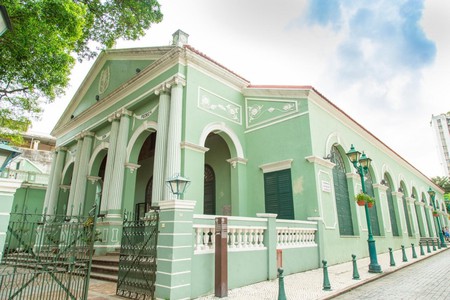 November is also the best time for foodies to visit the city as it plays host to the annual Macau Food Festival. A big hit with locals, it brings delicious Asian, European, mainland China and local delicacies to the city.

December: Macau’s most festive month is host to the annual Macau International Parade – the parade showcases Macau’s unique cultural characteristics through street performance troops from around the globe. The parade winds its way through the streets of the city and serves as an annual celebration of Macau’s handover back to China.

In addition, Macau is illuminated during the month of December. For the entire month the streets of the city are lit by various light installations with different themes each year. Admiring all the twinkling lights is uplifting and is the perfect way to inspire some festive spirit. 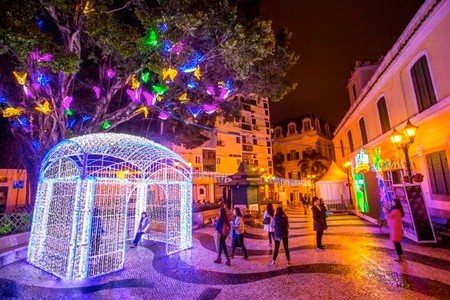