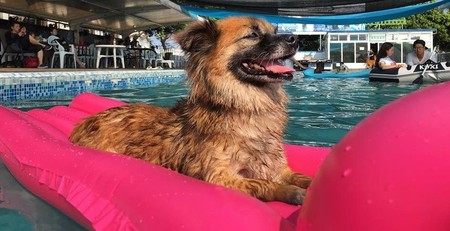 China’s love of dogs is ever on the rise, but is it the dogs themselves who are loved or the idea of them and the status they bring?

Though China has a reputation among the world’s ill-informed for being a dog-eating country, such a notion paints a narrow and often false picture of the relationship between man and dog in the Middle Kingdom. Sure, the extreme south and extreme north have a history of putting dog on the menu, but the majority of the country stays away from dog when it comes to their culinary preferences. Instead, a large chunk of the population sees dogs as pets, a status which affords the four-legged creatures more protection than they may once have had.

Indeed, dogs have been bred in China for thousands of years, with some archaeological evidence even suggesting the relationship goes back to the Neolithic period, when people kept dogs for protection, hunting, and yes, food. It wasn’t until the last Chinese dynasty, however, that dogs became pets. Breeds like the Pekingese were kept by members of the imperial court as a sort of status symbol, and though owning a dog has since extended to the middle class, their status as accessory has not adapted to the times. 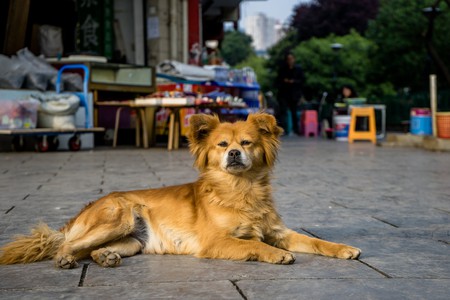 Walk down any street in Shanghai or Beijing and you’re sure to see little brown poodles dressed more extravagantly than their owners, schnauzers with impressive beards, and shiba inus that look like they’ve been ripped straight from a meme. Little old ladies are more likely to be seen with a dog buggy than a baby buggy, and Uncle Ma is able to impress his friends with his samoyed, as if it were a Bulgari watch.

Because dogs are now the accessory du jour, pure breeds are valued more highly than mutts, often filling the role of surrogate child after a couple’s one human child has flown the nest. Such owners want the best for their four-legged son or daughter, perhaps as much as they want for their own flesh and blood. This leads to a flourishing pet product market and frequent pet expos in the big cities, where customers can buy anything from premium dog food to fur-dyeing products.

Dog ownership is on the rise. There are an estimated 100 million registered dogs in China, with the real number being likely even higher. Unfortunately for the dogs themselves, though, they are not always afforded the status of family member. A huge number of careless owners let their dogs roam outside like they would a cat, giving the impression that they are street dogs, even though they have a warm bed to come home to at night. These dogs are typically not spayed or neutered and have the potential of producing real street dog offspring. 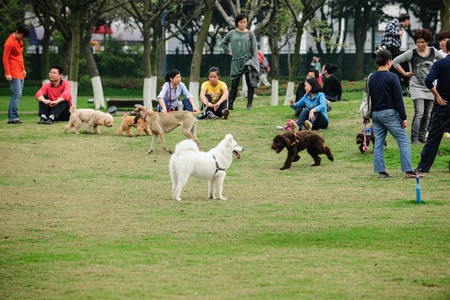 For the responsible owners walking their dog on a leash, this can mean fighting off the unwanted “advances” of unkempt, often aggressive neighbor dogs. The faux-street dogs have the run of the roost, so to say, and have never been taught proper behavior. That means that “no” won’t get them to stop their pursuit.

Of course, there are still millions of actual street dogs roaming China, particularly in the south. And with street dogs come the big-hearted who want to help them. Growing perhaps just as steadily as the number of dog owners in China is the number of volunteers rescuing, rehabilitating, and adopting out the dogs who are not as trendy as their pure breed cousins. In their ranks are expats and Chinese alike, who truly work tirelessly to change the lives of the helpless, and with them, the status of dogs in the country.

Owning a dog in China is not as glamorous as the pet expos make it sound. Most parks are dog-free, chicken bones littering the streets provide a tempting but dangerous treat for even the most obedient dog, and good vet care is practically non-existent outside of the first and second-tier cities. And while dogs have long been off the menu, they still don’t have the level of respect they deserve. 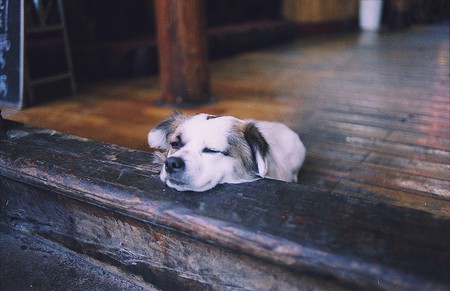