What Is Taoist Music and Why Is It Making a Comeback? 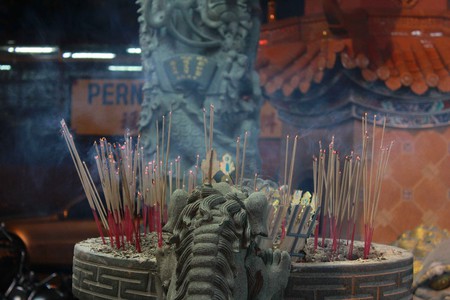 If many Chinese people can’t identify Taoist music, it must be even more difficult for an outsider to scratch the surface of the ancient folk tradition. But people like Yin Lugen are trying to change that. We take a look at why Taoist music is making a come back.

Music is one way to bring Yin and Yang into balance, and it is used for every Taoist ritual, from Yang rituals blessing the living to Yin rituals honoring the deceased. The rhythms reflect harmony and balance through a focus on instrumentation.

In Shanghai’s rural Chuansha town, elderly priest Yin Lugen is trying to keep Taoist music alive. He is often invited to weddings, birthdays, funerals, and other events to perform Taoist rites. Throughout the country, it is not uncommon to have a Taoist priest at such ceremonies, Taoism being one of China’s major religions. 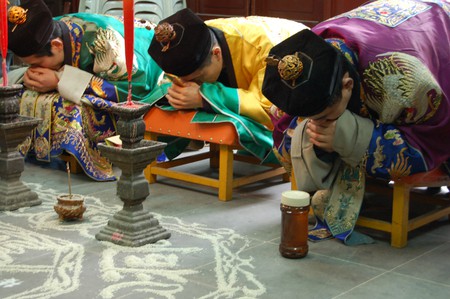 Yin grew up during a time when Taoist music was actively suppressed. During China’s rocky Cultural Revolution in the 1960s and 70s, ancient traditions were seen as provincial and backwards. Many believed that if the country wanted to catapult onto the international stage, such traditions were a necessary casualty. Perhaps this is the reason most Chinese people don’t know a lot about Taoist music, despite its ceremonial ubiquity.

“In my opinion, Taoist music is as good as any other form of Chinese folk music and could be promoted as a kind of New Age music,” Yin says.

Ritual music can be performed by one person with one instrument, two persons with two instruments, or four persons with four instruments, but the music is always the key component of the service. The entire dialogue of the ritual is intoned by a priest against the backdrop of the dizi, erhu, drum, bell, and other traditional instruments.

“The music in Taoism has rich ethnic style and traditional characteristics. When the melody starts, the atmosphere is solemn and respectful,” Yin says. “Taoist music is a way to speak to the gods, to pray for the dead and to relieve the pain of the living, so that an inner harmony is achieved.”