What Does Your Selfie Say About You? Chinese Study Breaks Down Duckface 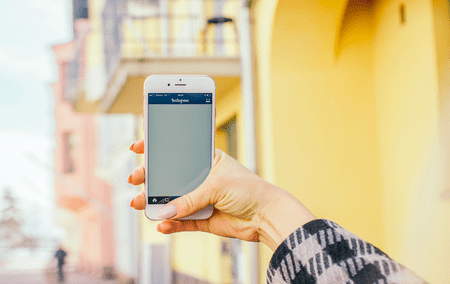 Taking, posting, and viewing selfies has become a daily habit for people all over the world. But do you ever wonder what your selfie says about your personality? Indeed, many have, including social scientists in China, who pioneered the first “selfie study” two years ago. This month, yet another Chinese study gets behind selfies, looking at the relationship between the Big Five personality traits and social networking behaviors—all through the lens of selfies. So, the question becomes, is a selfie just a selfie, or a more psycho-social signifier?

The Big Five personality traits, first developed by Ernest Tupes and Raymond Christal in 1961, and elaborated upon by J.M. Digman and Lewis Gldberg in 1990, include the following: Openness, conscientiousness, extroversion, agreeableness, and neuroticism. Social scientists Lin Qiu, Jiajui Lu, Shanshan Yan, of the Nanyang Technical University; and Weina Qu, and Tingshao Zhu, of the Chinese Academy of Sciences, pioneered the first study to provide a scheme that could be used to analyze selfies, in 2015.

These researchers drew on previous studies that matched the Big Five personality traits with people’s choice in footwear. Their research reached the conclusion that conscientious people are less likely to wear high-top sneakers, while emotionally stable people are more likely to wear brand-name shoes. Who knew shoes could say so much? Imagine what your selfie conveys.

People who make a duckface in selfies are rated as more neurotic.

People who press lips in selfies are rated as more open.

Eyes looking directly at the camera

People who take selfies with eyes looking directly at the camera are rated as more agreeable.

People who take selfies in public locations are rated as more conscientious.

Qiu, Lu, Yang, Qu, and Zhu found that they were able to match what they call “specific cues” in selfies related to agreeableness, conscientiousness, neuroticism, and openness. Compared to other types of portraits, selfies taken with a smartphone allow people to control facial visibility, emotional expression, and camera position. Researchers took into account that selfies are posted on social media sites for feedback from peers and strangers alike. Finally, it was noted that because selfies are so curated, and often manipulated by filters, there’s some evidence that the “specific cues” do not reflect the person’s true personality, but rather, how that person wishes to be perceived. However, in the end, the study concluded that despite such curation and manipulation, selfies still leave “specific cues” that predict in particular: agreeableness, conscientiousness, neuroticism, and openness. In other words, you can’t hide your true self, even in the most filtered selfie. Participants were drawn from Sina Weibo (a microblogging site similar to Twitter in China).

Following the results from the Qiu, Lu, Yang, Qu, and Zhu study, social scientists have begun to relate selfies, Big Five personality traits, and social networking behavior. Most recently, research has focused on the way people react to selfies on social media, and what that reaction (like leaving a comment) indicates about personality.

Published in the April 15 edition of the journal Personality and Individual Differences, researchers concluded the following: “Selfie posters with agreeableness and low openness show a high tendency of observing others’ selfies. In addition, tendency to comment or like others’ selfies is predicted by extroversion and agreeableness.” No real surprises here: previous studies have concluded that extroverts post more selfies and are more vocal on social media. However this research underscored that most people can be extroverts or introverts at some time in their lives, and such categories of personality need to be seen on a spectrum. Researchers in the latest selfie studies also noted that it’s most valuable to understand selfies and personality correlations on a continuum.

Still, the next time you post a selfie, or comment on one, for that matter, know that you’re revealing more of yourself than you might be consciously aware.