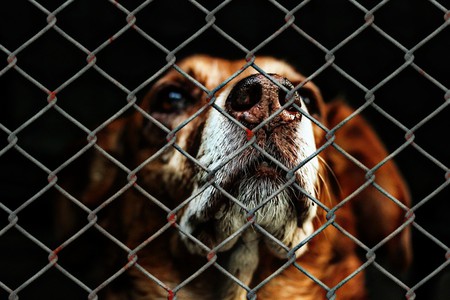 The Lychee and Dog Meat Festival, also known as the Yulin Dog Meat Festival, is an annual food festival held in Yulin, a city in the southeastern province of Guangxi in southern China. Held around the summer solstice and lasting ten days, the festival has drawn controversy both at home and abroad.

Why is the festival controversial?

It is estimated that around 10,000 dogs are killed during the festival. Critics claim that the animals are treated in cruel and inhumane ways, including being kept in cramped and unhygienic cages, being transported over long distances without food or water, and being killed with clubs. Photographs from the event taken by activists show some of the dogs wearing collars, suggesting that they might be stolen pets.

The festival’s defenders claim that dog consumption is simply part of Chinese culture, no different from slaughtering cows or chickens for meat. However, others rebut that the vast majority of Chinese people do not eat dog meat. Furthermore, they assert that the festival, which was first held in 2010, has no cultural or traditional value, and exists primarily for commercial gain. Millions of people from China and abroad have signed petitions to ban the slaughtering of dogs for meat.

Dogs have been used as household guards and hunters in China for at least seven millennia. Although people may have resorted to eating dogs during times of famine or extreme hardship in the past, most modern Chinese people have never eaten dog. In a survey published by Xinhua, 64% of respondents aged 16 to 50 supported permanently banning the festival, while almost 70% stated that they had never eaten dog meat.

Following the rise of Buddhism in the 10th century, dog meat fell out of favor in China, as Buddhist precepts forbid harming animals. Furthermore, the cultures of ethnic minorities, such as Manchus and Tibetans, also consider dog consumption shocking and barbaric.

A statement from the Yulin government

Yulin’s city government distanced itself from the festival in a statement published in Xinhua. The city’s administrators clarified that the festival is not an official or established holiday; rather, the festival is an unofficial event held by a small subsection of the city’s inhabitants. The statement stressed that ‘the Yulin government respects the concerns of certain netizens and organizations regarding the festival,’ and advocated for a ‘healthy food culture’ as well as ‘concern for and protection of animals.’