Top Tips to Know Before Travelling to Macau 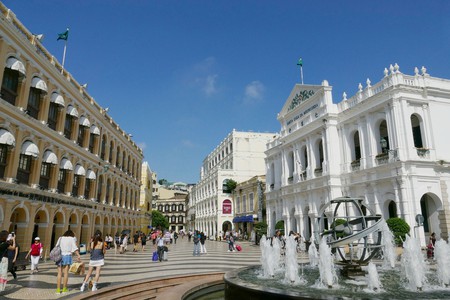 With its charming mix of East meets West culture, Macau is truly one of the most unique places that you could hope to visit. We’ve compiled some top tips and answered some common visitor questions so that you can enjoy this destination to the fullest.

Macau is located approximately 40 miles (64 km) from neighbouring Hong Kong. It consists of four main areas, the Macau Peninsula (which is home to the Historic Centre of Macao), the islands of Taipa and Coloane, which are now connected by landfill forming the fourth area of Cotai (home to the Cotai Strip and most of the new casino resorts).

How do I get there?

The most common way of reaching Macau is by ferry via neighbouring Hong Kong. The ferry journey takes one hour and there are two options. Ferry operator TurboJET (red ferry) travels directly to the Macau Peninsula ferry terminal every 15 minutes and the other ferry operator, Cotai Jet, (blue ferry) travels directly to the Cotai terminal, every 30 mins, with easy access to the Cotai Strip and Taipa Island. Macau also has its own International Airport which mainly operates flights to and from neighbouring countries in Asia.

What language is spoken?

The two official languages of Macau are Cantonese and Portuguese. However, Cantonese is the most common language spoken by locals. English is also widely understood – mostly in the casino resorts and main tourist areas. However, If you’re using taxis it might be better to look up the Chinese address of a place on Google and show the taxi driver that. 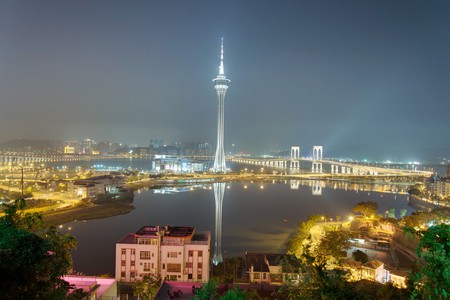 What currency do they accept and do I need to tip?

Macau has their own currency, MOP, which is called pataca. In fact, pataca is the Portuguese name for dollars. Everyone uses and accepts Hong Kong Dollars in Macau so you don’t have to change your money. But note that you cannot do the same in Hong Kong. Tipping is not customary and restaurants will routinely add a 10% service fee.

How long should I spend in Macau?

Macau is small, only 11 square miles, but there’s a lot to see and do. Two or three days will cover it.

Is there more to see in Macau than just casinos?

Macau may be known as Asia’s gaming capital, but there’s far more to this fascinating city than just casinos. It is truly one of the most unique places that you could hope to visit. Having formally been a Portuguese colony for more than 400 years, it’s the only place in the world where you have such a distinct mix of Eastern and Western culture and a unique combination of rich Chinese culture and Portuguese heritage. You can walk down the streets of Macau and on one side see streets with Chinese names and on the other side see them in Portuguese. Macau is also a UNESCO World Heritage Site with more than 20 historical locations of note. Beautiful Portuguese Catholic churches stand yards away from ancient Chinese temples. Stunning multi-billion dollar hotel resorts are located within walking distance from charming Mediterranean-style architecture and quaint European-style villages. For a unique experience, quite unlike anywhere else, Macau is well worth a visit. 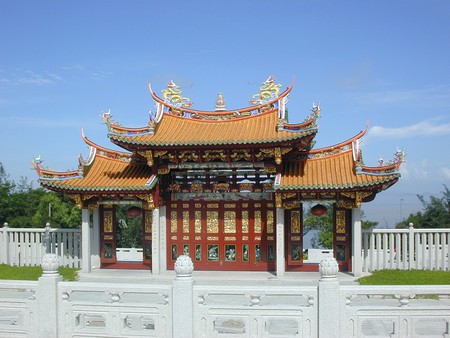 What is the best time of year to visit?

The best time to visit is between October and December when the weather and temperature is more comfortable. The summer months often bring stifling temperatures and most people tend to stay indoors in the cool air conditioning as outside you just sweat buckets. Macau has a moderate to hot climate and humidity is generally high. Typhoons are possible from May to September.

If possible, avoid visiting Macau at weekends and public holidays and try for low peak times on weekdays. Visiting the popular sites, like the Ruin’s of St. Paul’s, Senado Square and the Historic Centre of Macao at the weekend, is nigh on impossible as the narrow streets are overflowing with tourists and visitors, mainly from Mainland China. With a population of 650,900 living in just 11 square miles, Macau is officially the most densely populated region in the world.

Where can I try local cuisine?

What’s the best way to get around Macau?

The main modes of transport in Macau for visitors are the free hotel shuttle buses and taxis. They typically run between the hotels and ferry terminals every 15 minutes. Taxis are readily available too, but it’s best to look up the Chinese address of your destination on Google and show that to the driver.

Can you travel to Macau on a budget?

The city caters for all budgets, offering a wide range of three and four star properties as well as a fantastic range of impressive luxury hotels. It has traditional Portuguese-style pousadas and beachside youth hostels too.

Is Macau a safe place to visit?

For the most part Macau is very safe and visitors experience very low levels of crime. However, visitors should take the usual precautions that they would take in any city, eg take extra care of passports, credit cards and money in crowded areas and late at night.