7 Things You Need to Know Before Visiting Beijing 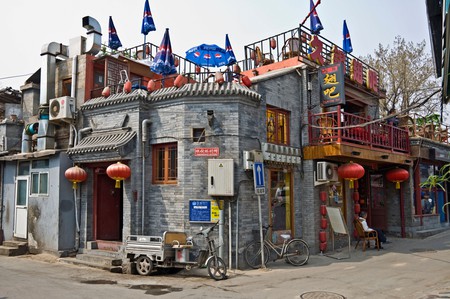 Restaurant at the corner of a street in a hutong – Beijing, China | © Delphotos / Alamy Stock Photo

China’s capital is a historic yet increasingly modern city that’s always changing, making it hard for visitors to know what to expect. We’ve put together a list of helpful things to know when travelling to Beijing.

Beijing is a massive city, home to more than 21 million people, and as such it’s a place of contrasts and constant change. Modern skyscrapers offer views of the Forbidden City and Temple of Heaven, while luxury cars share the streets with gas-powered rickshaws. For first-time visitors, it’s a lot to take in and easy to feel overwhelmed. You may wonder what essentials to bring, which districts to stay in, how to get around, and how to communicate with the locals. The good news is that Beijing is incredibly welcoming. Still, it’s helpful to know what to expect, making it easier to adjust and enjoy everything the city has to offer. Here are seven things to know when travelling to Beijing.

The best way to connect to the authentic feel of the city is by heading to the hutongs, the alleyways that have long defined the city. Staying in a hutong immerses you in local life and there are plenty of attractive hutong rooms available to rent on Airbnb. One area not to miss is the secluded Baochao Hutong, which is a short walk from the historical Drum Tower and Bell Tower area and its wealth of restaurants, cafés, tea houses and shops. Grab some street food, walk to nearby Houhai Lake, and watch street life pass by in these distinctive narrow lanes. 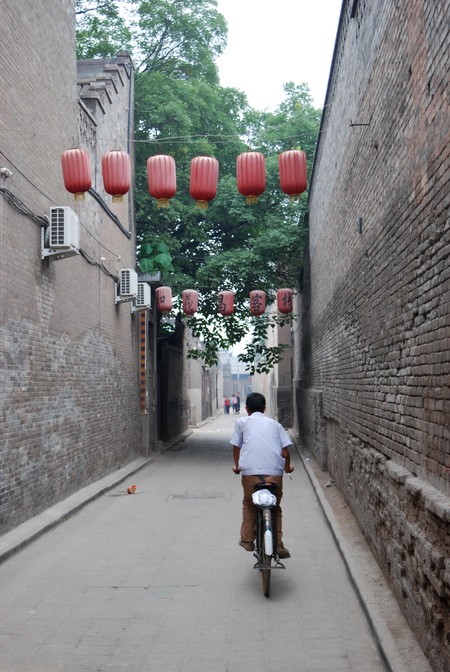 Beijing is a sprawling city but its superb public transport system makes it surprisingly easy to get around. Beijing’s subway is the country’s busiest, with 10 million people using it each weekday. If you can handle the crowds, rides start at just ¥3 (£0.35), while ticket machines and announcements are in both English and Chinese. The system is easy to use with convenient stops including the airport and tourist sites like the Summer Palace and Tiananmen Square. It does get packed during peak hours, but that’s just part of the experience.

The capital’s flat terrain also lends itself well to cyclists. Though the city is past its peak cycling years – it was once nicknamed the ‘Kingdom of Bicycles’ – recent years have seen an explosion in bike rentals, with the city home to a reported 2.4 million bicycle rentals in 2018. Grab a rental bike and cruise through traffic to get a feel for the land. 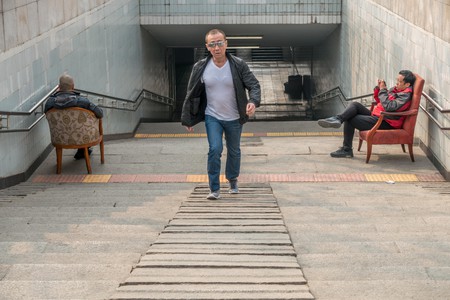 When nature calls while you’re out exploring the hutongs and other things to do in Beijing, you won’t have an issue finding a place to answer. The city has no shortage of public toilets – some have even been awarded a lofty four-star ranking by the government, which launched a ‘toilet revolution’ in 2015 to improve access and cleanliness in the nation’s public bathrooms. Public facilities are used not only by passers-by, but also by the patrons of cafés and restaurants that lack their own bathrooms. When using a public toilet in Beijing, expect to squat, and make sure to bring your own toilet paper; while facilities are plentiful, the paper is not. 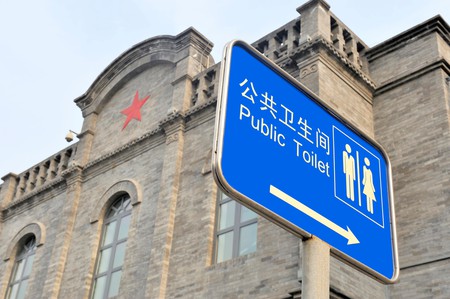 The locals are friendly

Beijingers are known for their outgoing, honest nature and love of conversation, which means getting to know the local people is an experience in itself. Loud and proud, Beijing locals are curious and intelligent, which is perhaps unsurprising given the city’s status as the political centre of China. Strike up a conversation with a random ‘lao Beijing‘ (Beijing local) on the street and you’ll learn more about the city than you ever would from simply reading a guide book. Never mind if your Mandarin skills are lacking: persistence and enthusiasm are key. Pick up a few essential Chinese phrases, though, and you’re likely to earn the Beijinger’s respect. Beijing taxi drivers in particular are an inquisitive and opinionated bunch, knowledgeable about a host of topics from Beijing pre-Olympics to the city’s current housing prices. 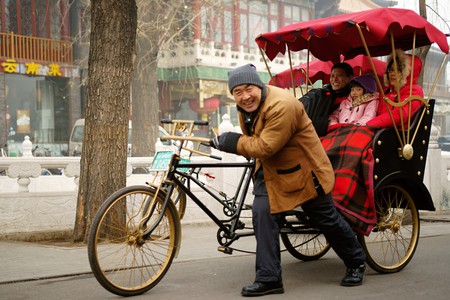 Digital payments are the norm

Unless you’re on some kind of magical all-expenses paid tour, you’re going to need some form of payment to get around Beijing. With ATMs all across the city, cash withdrawals are easy; however, even cash payment methods are becoming increasingly rare due to the ubiquity of digital payments. You may discover this the hard way when your taxi driver refuses your ¥100 note due to a lack of change. WeChat Pay and Alipay are the two biggest digital payment platforms in China. Currently, tourists can use WeChat Pay: simply download the WeChat app and link the WeChat Wallet to your personal bank account (international credit or debit cards are accepted). Voila! Scan away. 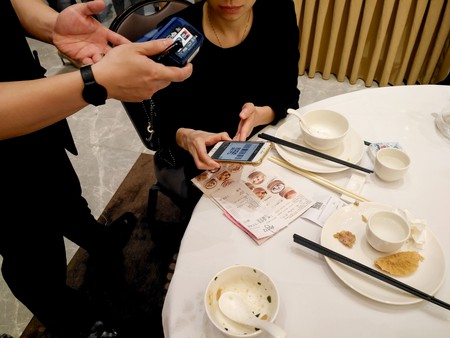 Forget any preconceptions about Beijing and smog: on blue-sky days, Beijing is the most beautiful place in the world. Beijing’s air quality is reportedly improving, but unfortunately the pollution index still occasionally reaches up to 500 parts per million, which is 20 times the safe one-day limit set by the World Health Organization. Expect stinging eyes, heavier breath, and photos that look like they were taken beside a smoke machine. When exploring the city, avoid air pollution by wearing a mask. Aim for one labeled at least N95 or higher: that means it removes 95 percent of particles greater than 0.3 microns. 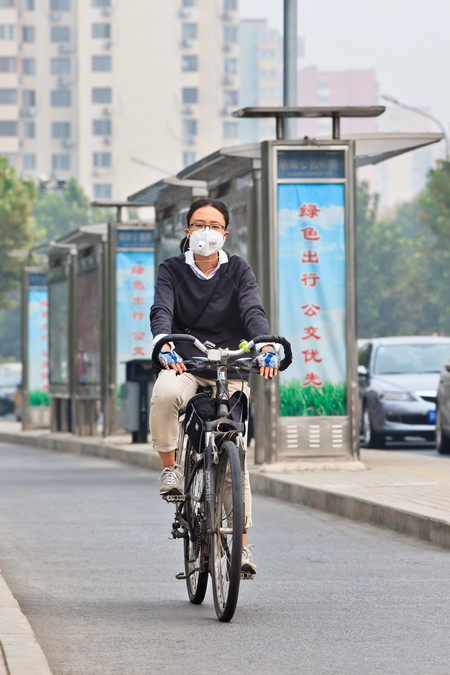 The local beverage scene is well worth dipping into. Craft beer pubs such as Arrow Factory, Great Leap Brewing, Slow Boat Brewery and Jing-A Brewery have taken over the city, and most feature at least a brew or two with a Chinese twist, such as using Sichuan peppercorns or fruit sourced from nearby farms. Chinese wine is also gaining prominence due to its recent success in international wine competitions. Look for brands such as Grace Vineyard, Silver Heights, Kanaan, and Helan Qing Xue. And while little known outside China, the country’s national tipple, baijiu, outsells vodka, rum, and whisky globally. It’s potent stuff, often served lukewarm as a shot at 52 percent, although more bars are now using it in cocktails – like hutong bar Capital Spirits Bar and Distillery. Order a flight and allow the knowledgeable bar staff to introduce you to the ‘jiu. And if you’re on the receiving end of the phrase ‘ganbei‘, that simply means bottoms up. 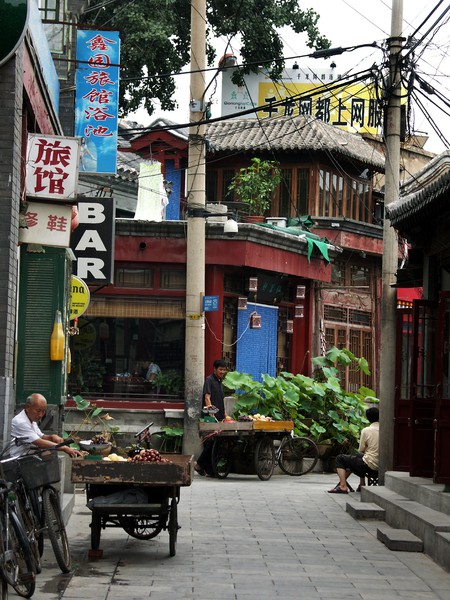 This article is an updated version of a story created by Jim Boyce.