Top Things to Do in Xujiahui, Shanghai 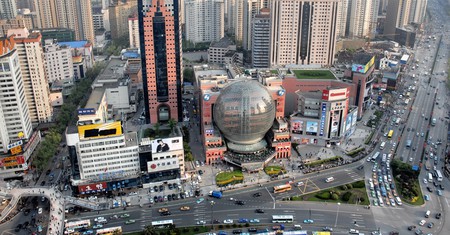 History and modern life collide in Xujiahui, a neighbourhood in Shanghai’s Xuhui district that blurs boundaries with the former French Concession.

This downtown area has its own unique cultural character, as the very place where China opened its educational institutions to the West. Today it’s mostly known for its shopping centres – but look beneath the surface and you’ll find a wealth of things to do. 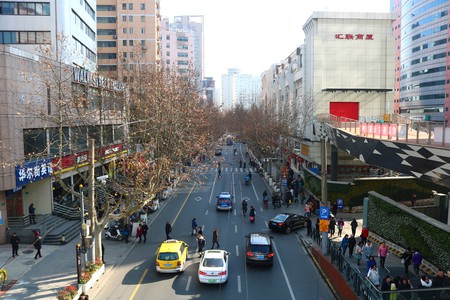 Shanghai’s shopping malls are glamorous destinations, where drinking and dining are as much of a draw as searching for that must-have item. Grand Gateway 66, conveniently located near the Xujiahui Metro station, is no exception. Stretching over six glitzy storeys (plus one below ground, centred around Olé, a swanky supermarket that sells imported wine and delicious pastries), this fashionista’s paradise has more than 400 boutiques. Big-name international brands and Asian cult favourites such as Particle Fever and AAPE are featured here.

You can’t miss Shanghai Stadium’s roof: a 300-metre-long, fabric-covered cantilevered structure that has become an iconic part of the city skyline. This 60,000-seat venue is an engineering feat, as well as a modern Xujiahui landmark. Fans flock here from throughout China to watch football matches between the 16 teams that comprise the Chinese Football Association Super League (better known as the Chinese Super League), whose first global ambassador was superstar David Beckham. If you’re lucky enough to snag tickets, make it a point to watch home team Shanghai International Port Group FC square off against rivals Shanghai Greenland Shenhua FC. The atmosphere is electric. 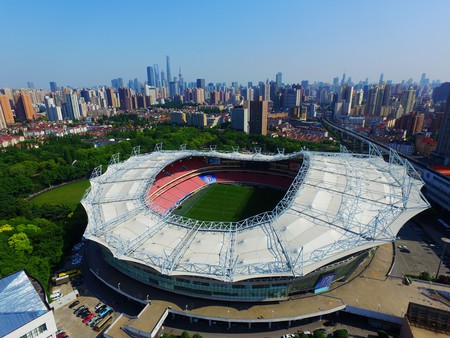 Take in a performance written by an acclaimed playwright

It can feel a little strange or even subversive to see a play located on the fifth floor of Xujiahui’s massive Metro City shopping mall. Yet despite being situated near bubble tea stands and department stores, the aptly named Theatre Above has plenty of pedigree. Award-winning playwright Stan Lai, who the BBC dubbed ‘the best Chinese-language playwright and director in the world’, opened the 699-seat venue to showcase his work in mainland China. Throughout the year, the American-born, Taiwan-based director stages a series of his plays such as A Blurry Kind of Love and Secret Love in Peach Blossom Land. Performances are in Chinese, but English subtitles are provided. Visit the Theatre Above website to find out what’s on and to buy tickets.

Immerse yourself in educational history

Beauty meets brains at Shanghai Jiao Tong University (SJTU), which was established in 1896 and has since been heralded as the ‘MIT of the East’. It’s worth visiting the university’s Xujiahui campus simply to stroll the picturesque gardens and gaze upon the grey and red-striped buildings, bearing hallmarks of American architectural influences and traditional Chinese style. Since you’re in the area, drop into the Museum of Shanghai Jiao Tong University’s History, which is ensconced within the campus’s 1919 former library. Within its three exhibition halls you can learn about SJTU’s educational achievements and evolution over the last century, with a chance to browse more than 700 cultural relics and materials. 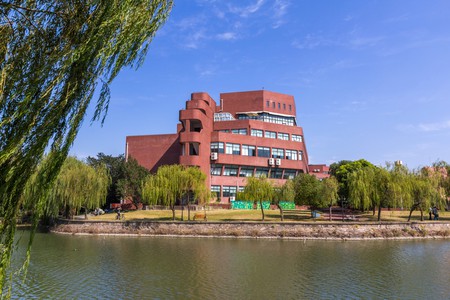 Shanghai has been dubbed the ‘cradle of Chinese cinema’. Movies were introduced to the country in 1896 and the industry has since flourished; taking on a distinct life of its own. More than 100 years of everyday Chinese life, often entwined with politics, were immortalised on the silver screen, as shown in the 30-plus exhibits at the Shanghai Film Museum. Built in a former film studio, the museum has 15,000 square metres of exhibition space organised thematically over four floors. As you enter on the fourth level, the Galaxy of Stars provides a primer on the luminaries in China’s film history. More than 70 interactive displays entertain and educate in this family-friendly museum. You can even see a set from the 1949 satirical comedy Crows and Sparrows, which documents the relationship between tenants living in a shikumen (stone-gate house). It also famously criticises corrupt Kuomintang bureaucrats.

It’s easy to overlook Hengshan Park since it’s obscured behind a wall and overshadowed by rambling Xujiahui Park across the street. But stroll past the police kiosk and through the iron gates and you’ll find an enchanting place, with curving pathways shaded by towering trees and bordering fragrant flower beds. Relax and read a book or join jovial seniors working up a sweat on the exercise machines.

If you haven’t already visited Xujiahui Park, take time to see this green space that was once occupied by the Ta Chung Hua Rubber Factory. Today the 86,000 square-metre park is a popular leisure destination. There’s a trio of basketball courts and a children’s playground, plus century-old camphor trees and a man-made river where you can spot turtles and koi fish. 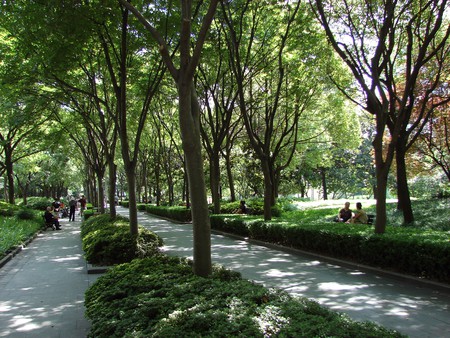 See a live performance at the Shanghai Grand Stage

There’s something special about elbowing your way through a sea of 10,000 adoring fans to witness a live musical performance. The Shanghai Grand Stage has hosted artists such as Eric Clapton, Kesha, and South Korean ‘K-pop’ boyband Super Junior. Also known as Shanghai Indoor Stadium or Shanghai Gymnasium (not to be confused with Shanghai Stadium, which hosts Chinese Super League football matches), this circular venue can seat up to 12,000 at sporting events and is China’s first theatre-style and multi-function indoor stadium.