Top Things To Do in Shanghai’s Former French Concession 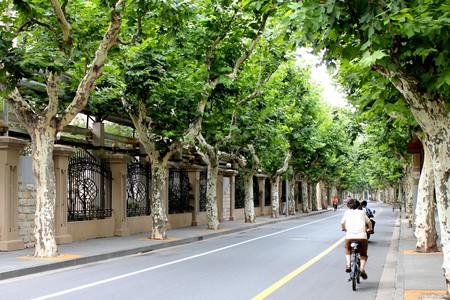 Shanghai’s former French Concession is a leafy sanctuary, brimming with garden villas and elegant boutiques. Head here for a taste of the quiet life.

It’s hard not to be charmed by the beguiling beauty of Shanghai’s former French Concession. Here, grand tunnels of London plane trees shade the streets, sheltering traditional shíkùmén (stone-gate) houses. This protected heritage neighbourhood was established in 1848 at the request of the French Consul to Shanghai, representing a convergence of cultures. Refreshingly devoid of look-at-me skyscrapers and glaring neon lights, it is a great place to step into the city’s past. The best way to revel in the romance is to lazily stroll its streets and alleyways, making pit stops at these must-see attractions.

Get acquainted with Shanghai’s premier architect at the Wukang Mansion 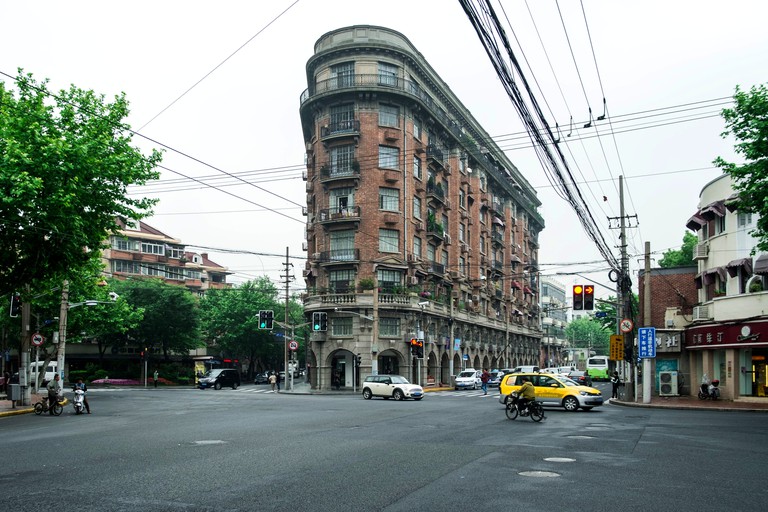 Hungarian-Slovak architect László Hudec has left his fingerprints all over Shanghai, with dozens of projects that captured the zeitgeist of the city during the concession eras. He’s still a household name among local people who call themselves wu fen, a Chinese abbreviation for ‘Hudec fans’. In the former French Concession, gaze up at the Wukang Mansion, which Hudec completed in 1924. Once called Normandie Apartments (an homage to a World War I-era battleship), the French Renaissance-style flatiron was home to Shanghai’s intellectuals and film stars. During the Cultural Revolution, it also bore a darker moniker – the Red Guards renamed it the Anti-Revisionist Tower. 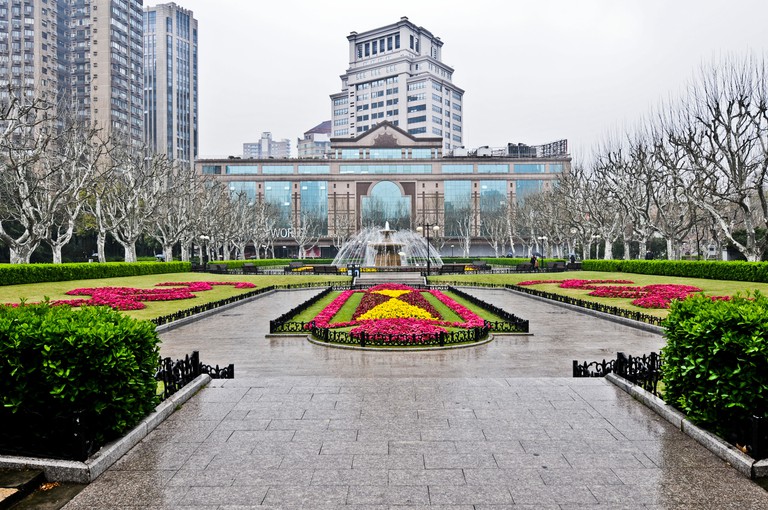 © kpzfoto / Alamy Stock Photo
Book Now
When walking among fragrant rose gardens as children fly kites above the grassy expanses of Fuxing Park, it’s hard to imagine that the Japanese military used this space as its parade ground in the 1930s. Traces of its long and tangled past, however, can be seen in this 92,000-square-metre (990,279-square-foot) urban green space that was originally a private park during China’s Ming Dynasty (1368-1644). In 1909, the French opened the park to the public, with classic Parisian designs such as the Sunken Flower Bed. Look for the 63-ton Marx and Engels statue that holds court at the park’s north end.
Open In Google Maps
Shanghai, China
Give us feedback 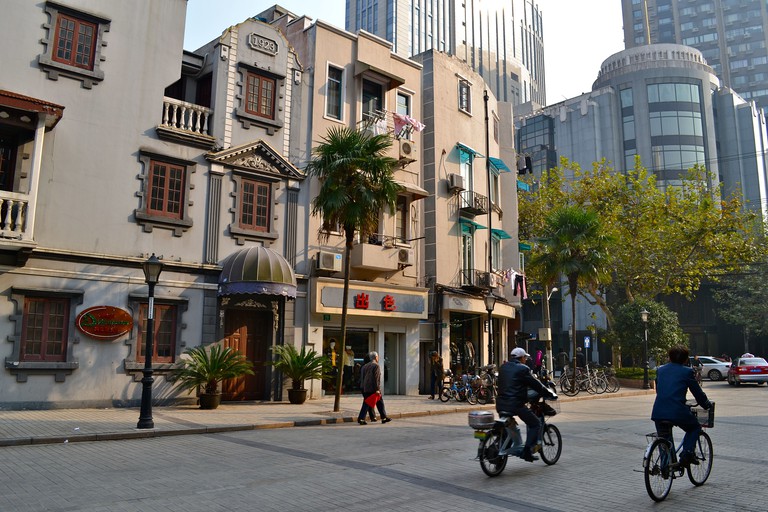 The lòngtáng (alleyways) lined with traditional shíkùmén (stone-gate houses) are crowded and confusing, but that’s part of Tiánzîfáng’s charm. Visit this compact retail complex to shop in shíkùmén that have been transformed into quaint boutiques filled with locally made items like leather bags, ornate silk qipao dresses (high fashion in Shanghai during the early 1900s) and stone-carved chops (stamps bearing the name of a person or company) – a Chinese tradition that goes back thousands of years. 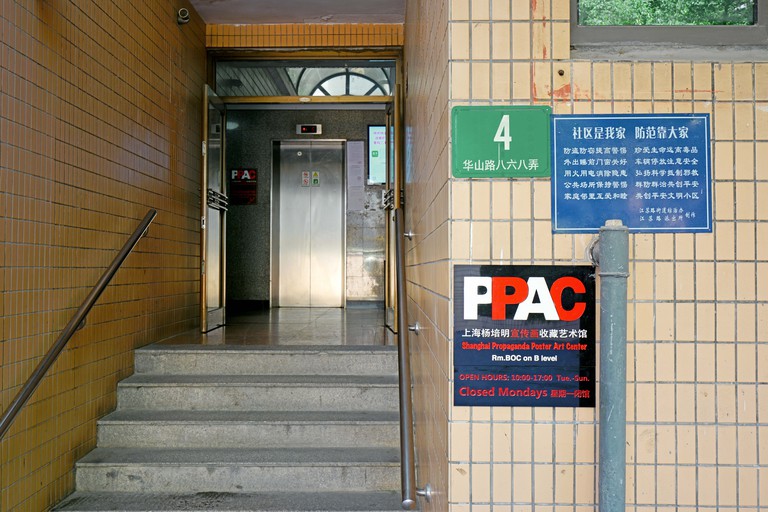 © EQRoy / Shutterstock
Book Now
Young men shouldering missiles, a woman presenting flowers to Chairman Mao and farmers riding a fire-breathing dragon are just some of the compelling visuals you’ll see at the Propaganda Poster Art Centre. Owner Yang Pei Ming’s pastime of collecting these legacies of China from 1940 to 1990 led him to open the private museum in 2002. He’s amassed a collection of 6,000 original propaganda posters, some of which you can purchase in the gift shop. Finding this subterranean hideaway is part of its allure – it’s in the basement at the back of an apartment building.
Open In Google Maps
Changning District Shanghai, China
+862162111845
Visit Website
Give us feedback

Shanghai is a city with a bottomless belly, and there’s no better way to get a taste for the cuisine served up in the French Concession’s tiny dumpling joints and European restaurants than by visiting a wet market. Similar to fresh produce markets, these local mainstays are run by smiling vendors selling everything from durian and dragon fruits to hairy crabs tied up with string. Head to the Guangyuan Road wet market in the early morning, and grab a hot slice of traditional Shanghainese breakfast – da bing (big bread) – near the entrance to eat as you explore. 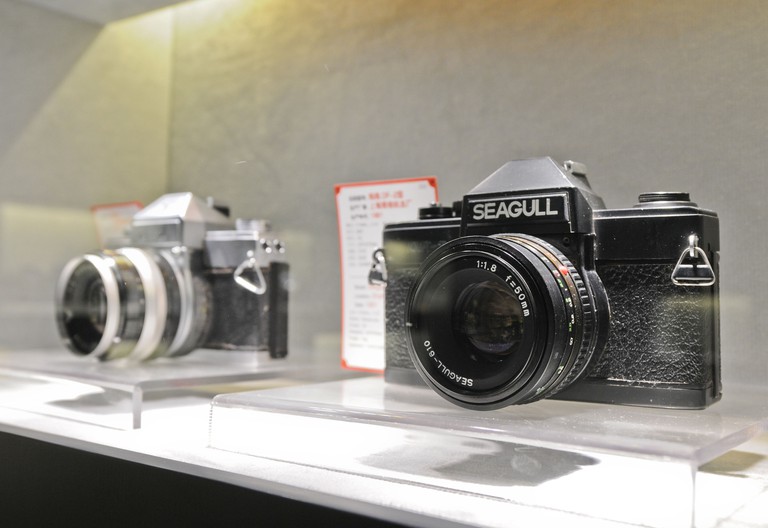 Get fully immersed in Shanghai’s photographic beginnings at the Shanghai Camera History Museum. Browse the third-floor collection of locally made Seagull cameras – China’s oldest and largest brand, founded in 1958. Alongside these relics from the country’s old state-run camera industry are 1940s-era Nikons, Leicas and more. Be sure to drop into the coffee shop and gallery to see contemporary photography exhibits and sip a cappuccino in the stunning second-floor space.

Discover Sanmao the Orphan, Mr Wang and Miss Bee, the creations of cartoonist Zhang Leping – a pioneering manhua (Chinese comic) artist who actively worked in Shanghai from the 1930s. Zhang was a participant in anti-Japanese cartoon propaganda and debuted the precocious Sanmao character – an orphan living on Shanghai’s mean streets after the Sino-Japanese War – in his cartoon serials in 1935. You can visit the artist’s former home on Wuyuan Road in the former French Concession. Examples from his work, described as “political pop culture for children”, are exhibited in the lane.