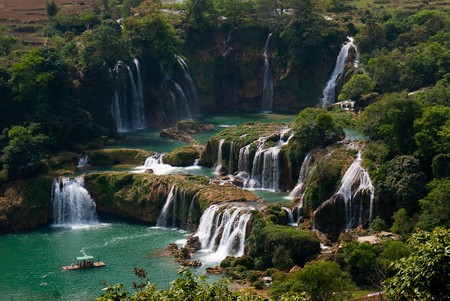 Guangxi, the province right above Vietnam, is known for mountainous terrain, stunning rice terraces, and a history that goes back thousands of years and numerous dynasties. Here’s our list of the top 20 cultural, natural, and scenic attractions in Guangxi.

The rice terraces in Longsheng should be on any traveler’s China bucket list. Cut into the side of mountains, the emerald-green rice paddies rise above low clouds like giant stairs, making for insanely Instagramable photos no matter the time of year. However, they are most resplendent in spring when they’re flooded and are said to look like the scales on the back of a dragon. 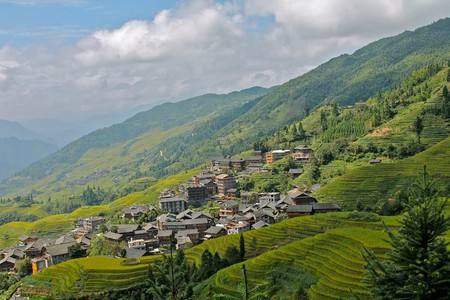 Starting in the Mao’er Mountains, the Li River flows through Guilin, Yangshuo, and Pingle, before merging with other rivers to form the Gui River. Walk around any of the cities it meanders through and you’ll likely see cormorant fishermen on bamboo boats and daring swimmers doing laps in the quick current. Take a river cruise and you’ll see 83 kilometers of karst mountains flanking the side, as well as other area attractions, like Elephant Trunk Hill. 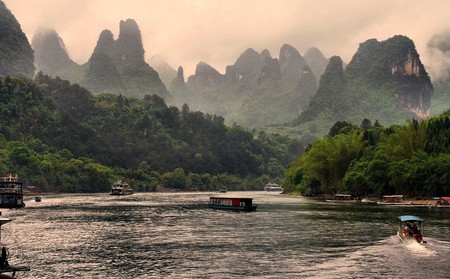 Considered some of the best-preserved ancient architecture buildings, the mansion buildings were built by a governor-general during the Qing Dynasty. The complex includes the Gonbao Mansion, Nanyin academy of classical learning, Cen Family Ancestral Hall, and Zengshou Pavilion.

A quick and popular hike, Old Man Mountain pokes skyward in the middle of town. The trail is mostly smooth stone steps that snake gradually around the hill. Once on top, visitors have a 360 degree view of the city. 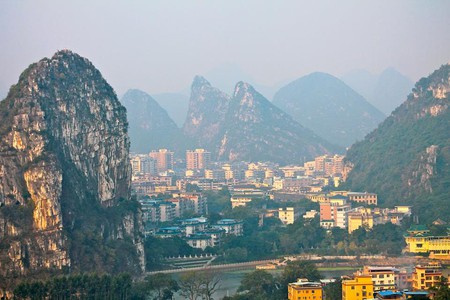 View from the top of Old Man Mountain | Bailey Berg

Over 1,000-years-old, this ancient city in northeast Shaoping County is home to a myriad of well-preserved pavilions, temples, folk homes, and massive ancient trees. Because the town is wreathed in mountains, transportation to it isn’t particularly convenient. But, that’s helped the town preserve much of its ancient relics and traditions.

One of the most obvious symbols of Guilin, this rock formation is known for resembling an elephant drinking water with its trunk. A cave called Moon-over-Water is tucked between its nose and leg and atop it all stands the Puxian Pagoda. 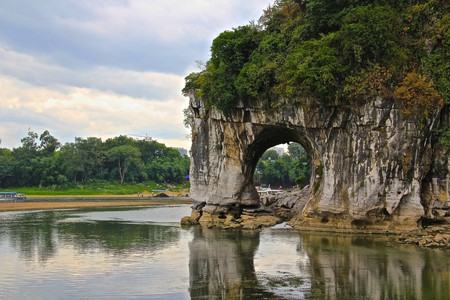 Named for the reeds growing outside the opening, this limestone cave system in Guilin is a must for all science and history lovers. The stalagmites, stalactites, and other rock formations are illuminated with multicolored neon lights and ancient writing from the Tang Dynasty is scrawled upon the walls. 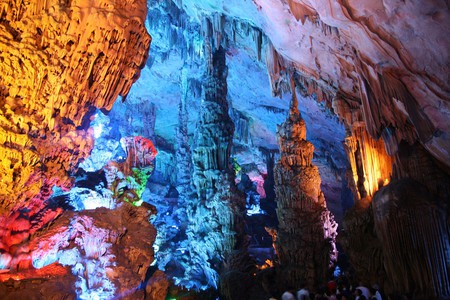 These twin pagodas stand alone in Fir Lake in downtown Guilin and combine culture, art, architecture and religion into one attraction. The Sun Pagoda, the world’s tallest bronze pagoda, is two stories taller than the Moon Pagoda, though both are connected by an underwater tunnel. The pagodas are most frequented at night, when they shine gold and silver light on the black water below. 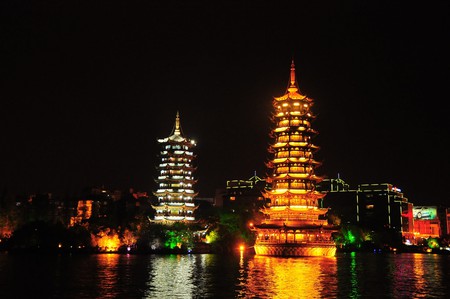 Located in inner Guilin and built between 1372 and 1392, this complex was originally the official residence of Zhu Shouqian, the great-nephew of the first Ming dynasty emperor. Between then and the end of the Ming dynasty, 14 kings lived there. Now, the complex functions as part of Guangxi Normal University and as a tourist attraction. Be sure to check out Solitary Beauty Peak and the Zhuangyuan Jidi Arch. 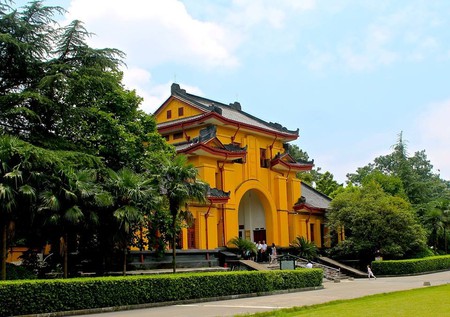 Located in Sanjiang County, this stone bridge is sandwiched between five stone piers and five four-story wooden pavilions. Essentially it’s a elaborately decorated bridge, pavilion, corridor hybrid set in immeasurably beautiful landscape. Be sure to pop over to the Dong villages nearby after you’ve walked through. 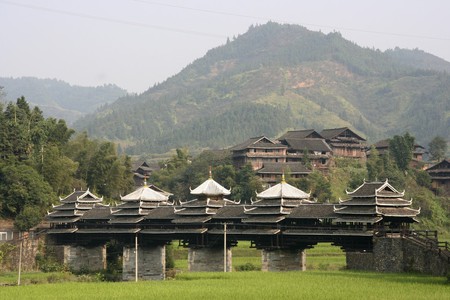 Just a few kilometers outside Yangshuo, this hill features a wide, semi-circular hole that naturally tunnels through the middle. It’s about a 20-minute climb to reach the arch on an easy concrete path. If you’re feeling adventurous, there’s a rougher, more arduous trail to the summit. 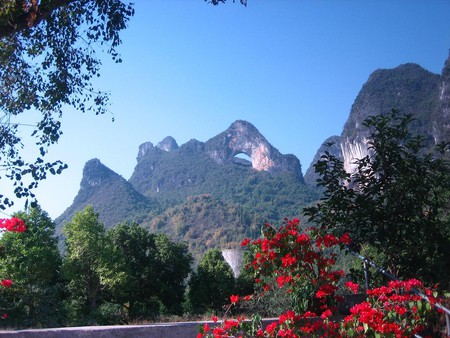 If you’ve come during the rainy season, a trip to the Guangxi Museum of Nationalities might be a nice respite from the mercurial weather. The highlights of the museum include reconstructed models of traditional homes used by various minority villages and a bronze drum exhibition.

Though the street is more than 1,400-years-old, locals often refer to it as “foreigner street” thanks to the number of tourist shops located there. Goods run a little more expensive here, but all the shopkeepers speak fairly good English, making it easy to pick up souvenirs like chopsticks, scrolls, calligraphy, paintings, snacks, and tea. There are also a number of bars and restaurants with Western food options scattered down the road. 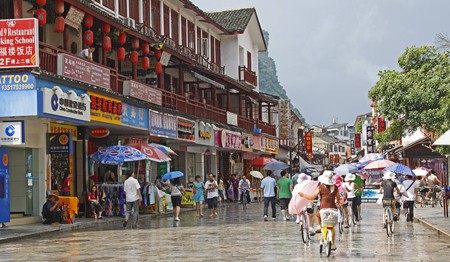 A little green oasis in the otherwise industrial Nanning, People’s Park holds a 17-acre lake, a botanical garden with a 1,000-year-old banyan tree, and Wangxian Hill, the highest point in downtown Nanning. The green space is sometimes referred to as White Dragon Park thanks to a legend about a general mistaking a flock of white sheep by the lake for a dragon.

The largest waterfall in Asia actually sits on two countries – China and Vietnam. Over 200-meters high and 70-meters tall (on the China side), water rushes down a three-tiered cliff to a thunderous crescendo on the rocks below, making for an awe-inspiring day trip.

Though this traditional Dong-style drum tower is pretty much the only tourist attraction in Sanjiang, it’s worth a stop along the way. Built without any iron nails, the tower is an interesting bit of architecture that dwarfs and diminishes all the surrounding structures.

Looking every bit like screensavers, the karst mountains of Yangshuo seemingly pop out of the earth like mighty stone pillars. They’re popular for die-hard rock climbers, too – the city boasts over 300 climbing routes ranging in difficulty from 5.6 to 5.13. 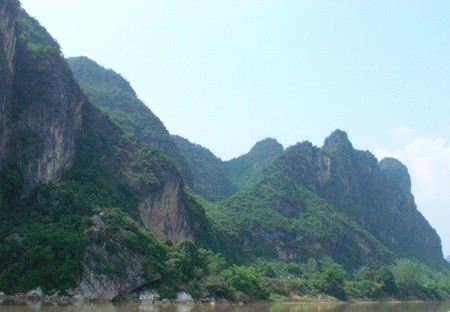 This walking street in downtown Guilin is the shopping center of town and is actually considered the first commercial shopping district in western China. Nearly 700-meters long, the street is home to a number of bars, restaurants, theaters, scenic spots, and galleries. 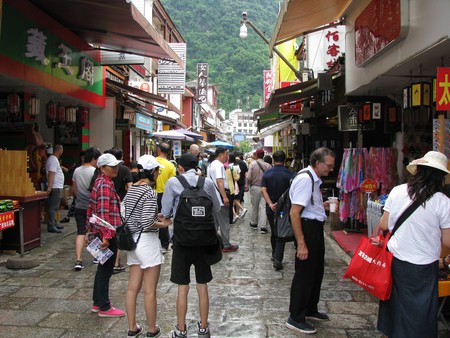 The unspoilt park makes for a relaxing day when you need to get away from the crowds. Full of karsts, underground rivers, natural bridges, and an extensive cave system, it’s easy to while away a day or two here.

Just off the coast of Guangxi, near Beihai, this island is the largest and youngest volcanic island in China. Rent a motor tricycle and pop over to Crocodile Hill, Saint Maria Church, the banana plantations, or find an idyllic stretch of beach and just unwind. 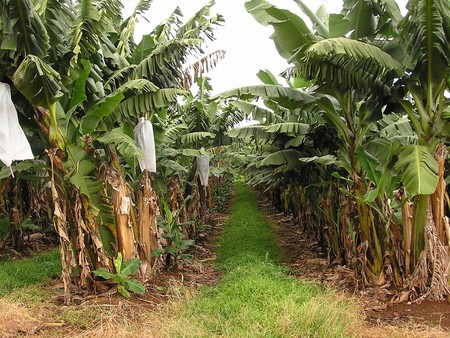