This Is the Number One Most Terrifying Hike in the World 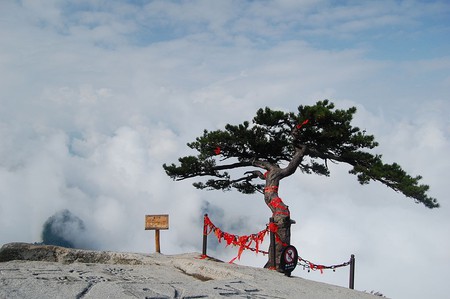 If your idea of a hike is a friendly stroll up a paved hilltop, you will want to think carefully before attempting this death-defying trek. It is so out-of-this-world dangerous that it’s the number one most terrifying hike on the planet!

One hundred and twenty kilometres east of Xi’an, near the city of Huayin, lies what is China and the world’s most insane hike, Mount Huashan. It is made up of five majestic peaks which come together to form what looks like a flower. Each peak is named after their direction: North, South, East, West and Central, with the South Peak by far the most treacherous. 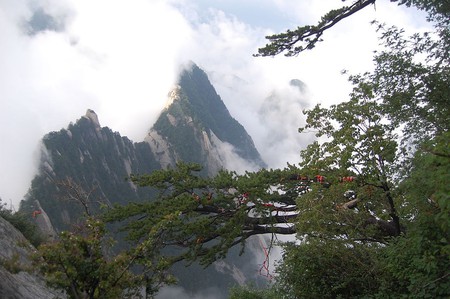 Mount Huashan peaks in the mist | © Darren On The Road / WikiCommons

The 2,160-metre-high ascent rises straight up the South Peak and is marked by numerous hazardous trails which, although risky, do add to the thrill of the climb. Although sections of the hike are more tame, you must navigate a host of ominous-sounding passes, including the Golden Lock Pass, Thousand-Foot Precipice, Hundred-Foot Crevice and Black Dragon, should you wish to climb to the top. 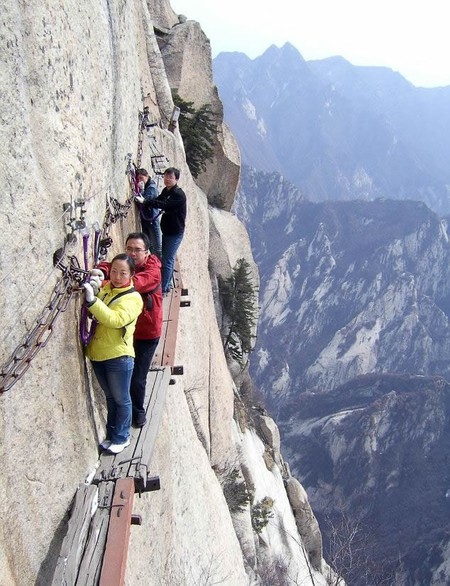 The thing is, a portion of these ‘trails’ are actually just floating boards attached to the cliffs and known as the ‘Plank Road’. And though they have been reinforced recently thanks to tourism, that doesn’t make them any less ghastly. Should you choose to to take on the challenge, you will literally be walking on 30-centimetre-wide man-made planks of wood jutting out from ancient rock, clutching for dear life on to the chain link drilled into the mountain on one side of you and a loose chain banister on the other, with nothing to catch you below for thousands of metres. Although official statistics are not kept, it is widely rumoured that 100 people plummeted to their deaths on this trail in 2017 alone. 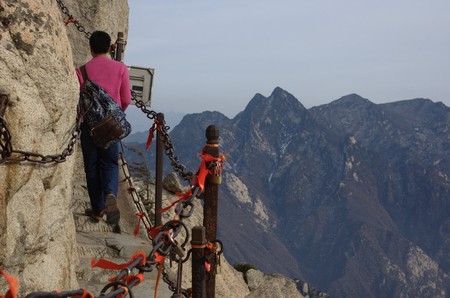 Nothing but chains between you and the ground below | © tak.wing / Flickr

The rewards are there, however, for those who choose to take the risk. From the summit, thrill seekers will be able to take in the four other peaks of the mountain, as well as the distant Yellow River below them.

The mountain itself has been a site of religious importance since the second century BCE when a Taoist Jade Spring Temple was built at its base. Taoism being one of ancient China’s foremost religious and philosophical traditions, promoting the importance of naturalness, simplicity, spontaneity, compassion, frugality and humility.

For those who are prepared for a thrilling but dangerous adventure, hiking Huashan is both a physical feat and a spiritual journey through China’s history. Just be sure to tread carefully.