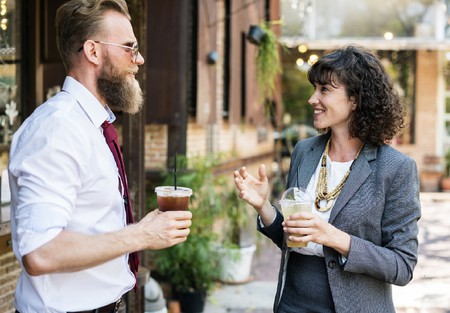 If you’ve ever wondered what the most widely-spoken languages in the world are, look no further.

This elegant map beautifully shows how many people speak the world’s most common languages and the countries in which they are spoken.

The circular diagram represents the 4.1 billion people who have one of the most popular languages as their mother tongue. 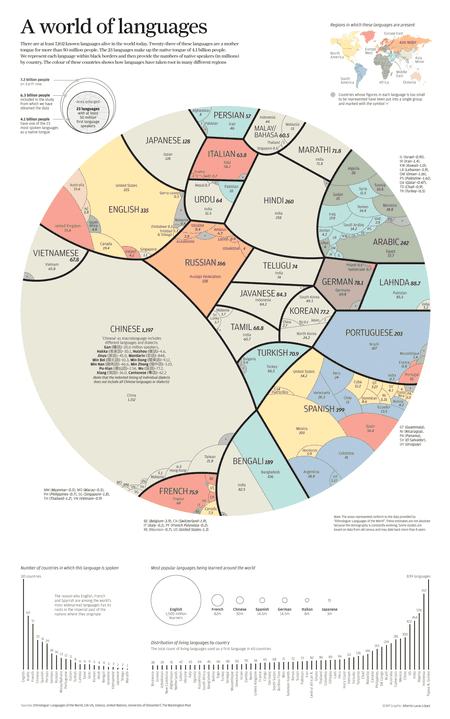 The mother tongues of the world | © Alberto Lucas Lopez

The map was created by Alberto Lucas Lopez, an infographic journalist, for the South China Morning Post.

Lopez said: ‘There are at least 7,102 known languages alive in the world today. Twenty-three of these languages are a mother tongue for more than 50 million people.

‘The 23 languages make up the native tongue of 4.1 billion people. We represent each language within black borders and then provide the numbers of native speakers (in millions) by country.’

Chinese is spoken by the most people, and English, Hindi and Arabic are also very common.

Smaller divisions within each section show the origins of each language, with the Spanish section showing a spread from Europe to South America. Russian and German, on the other hand, are relevantly landlocked in terms of language spread.

The map and graphs provides some interesting insights. While French is only spoken 75.9 million people, it is the second most popular language to learn.

This map is not the same as the one which depicted every country’s ‘official’ language, as it shows what people actually speak.

Interested in different dialects? Check out the oldest languages that are still spoken today and the most beautiful ones from around the world.