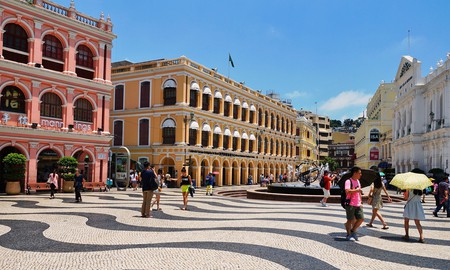 Senado Square is unlike anywhere else in China. In fact, you’d be forgiven for thinking that you were somewhere in Europe. Macau’s main town square, sometimes referred to as Largo do Senado, is surrounded by Portuguese-style pastel coloured buildings and its distinctive mosaic wavy tiled paving which make it one of the most colourful and visually striking squares in the world. Popular with visitors, the square is an ideal place to sit around the rim of the central fountain and watch the world go by. 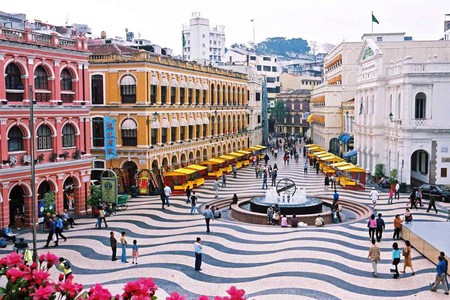 More than 20 distinctive pastel monuments of Macau’s colourful history surround the square, many of them protected buildings. The square is part of the Historic Centre of Macau which was inscribed as a UNESCO World Heritage Site in 2005.

Besides the neoclassical style pastel-coloured buildings, many visitors are quick to notice the wavy mosaic tiled paving. This unique paving was laid in the early 1990s when the square was declared a pedestrian-only zone in order to accommodate the increasing number of tourists. 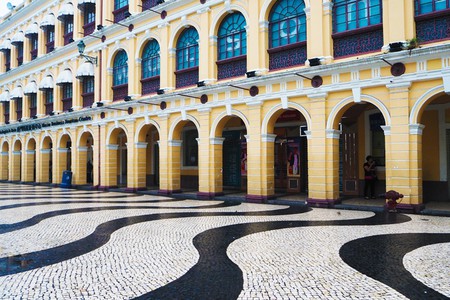 Senado Square takes its name from the Leal Senado Building (Portuguese for Loyal Senate). Located at the far end of the square, the building was originally built in 1784 as the seat of Macau’s Portuguese government. Since the handover back to China in 1999, it is still home to Macau’s municipal council. The building is neoclassical in design and has retained all of its original master walls and primary layout, including the Portuguese-style courtyard garden in the back, which is well worth a visit. 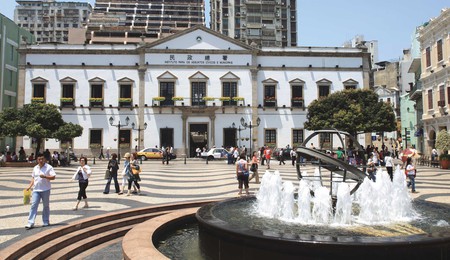 There are an array of souvenir shops and traditional Chinese restaurants around the square. Firework displays, lion and dragon dances are usually held on special days such as the Chinese Spring Festival and Christmas.

Dotted around the square are other significant buildings to keep an eye out for. To the east of the square lies the Macau Cathedral – considered the most influential church in Macau. At the end of the paved road, there is the yellow painted St. Dominic’s Church – a stunning 16th-century Catholic church. On the third floor of the church, there is a museum of paintings, sculptures and ornaments that illustrate the history of the Roman Catholic Church in Asia. 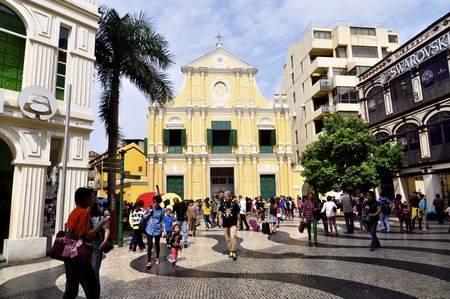 Walk to the north of the church and you will arrive at the Ruins of St. Paul’s. This is the most famous landmark in Macau. To the east of the Ruins is the Macau Museum, in which historical relics of Macau are exhibited. 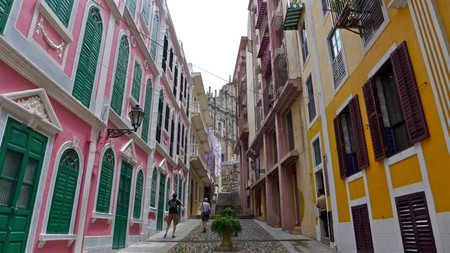 For more of Macau’s colourful European-style architecture, be sure to visit Travessa da Paixão which in Portuguese means “Love Lane”. Located just off from the Ruin’s of St Paul’s, this romantic little lane, no more than 50 metres long, is decorated with pink and yellow European-style buildings – it’s the closest thing to feeling like you’re in Europe, when you’re actually in China. Surreal, yes, but well worth a visit.