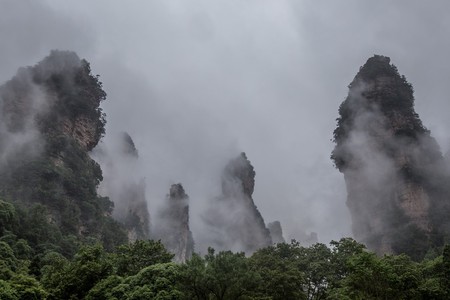 The Zhangjiajie National Park is both a UNESCO World Heritage Site and a UNESCO Global Geopark. The Southern Sky Column is made of quartz-sandstone and there are around 3,000 of these cliff mountains in the park, all part of a bigger reserve known as the Wuling Mountain range.

There are many hiking trails that can be taken, leading to an array of viewing points that offer dramatic, and dramatically different viewpoints. In addition to the towering peaks, there are also caves, ponds and waterfalls.

‘The most striking thing for me was just the dramatic landscape, the dramatic peaks, the rugged landscape’, says Knudsen. ‘The air was damp and moist, and transient showers came and went as quickly as the fast-moving clouds.’ 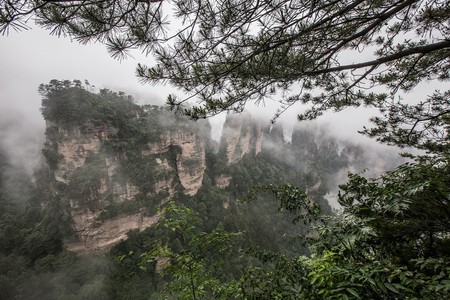 Knudsen, who stayed for two nights in the national park, says he had to go far off the beaten trail to not see anyone. ‘What I found striking was the weather pattern, how the misty clouds move with you,’ he says. ‘You’re walking and suddenly you are surrounded by mist, completely white, and then it’s gone after 10, 15 minutes and the view is crystal clear.’ 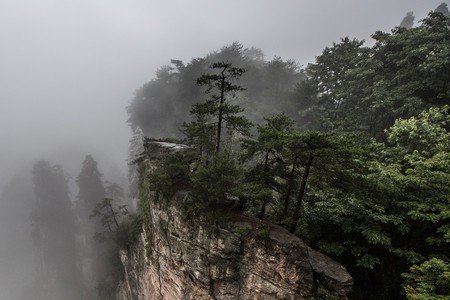 Tianmen means sky gate or can be more romantically translated as ‘Heaven’s Door’ in Mandarin. You can get a cable car to the top, the longest in the world. Having visited at the tail end of the national holidays in October, Knudsen remembers Tianmen being busier with visitors than Zhangjiajie, as it can be reached by the town below.

‘This picture (below) was taken from the cable car going up to Tianmen Mountain from Zhangjiajie town’, recalls Knudsen. ‘You could drive too, as the green bus in the photo is doing.’ 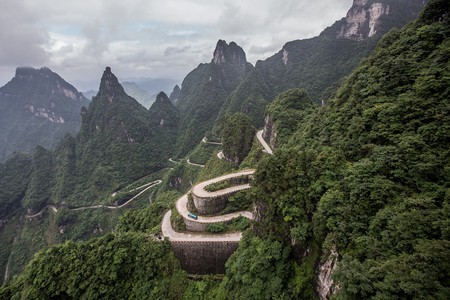 The photo below was taken on the way down from the cable car, it shows the edge of Zhangjiajie town. 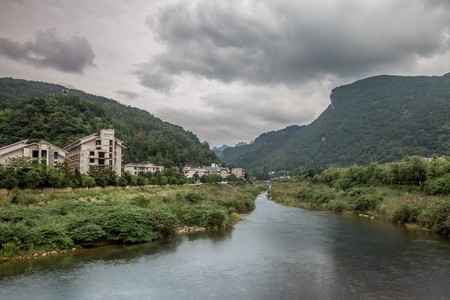 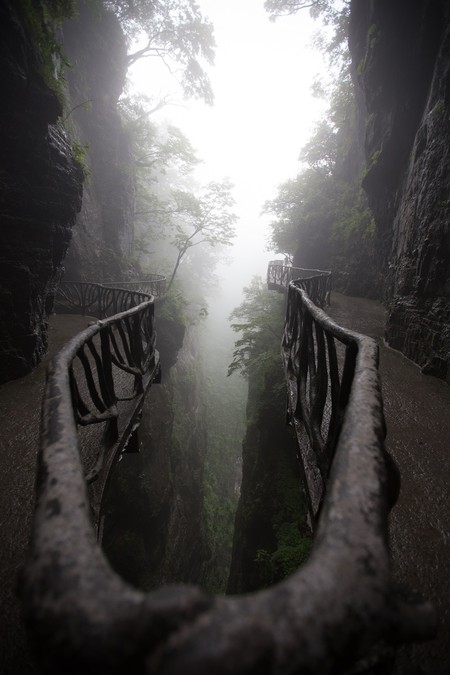 ‘There was one part in the national park where there were some monkeys, they weren’t overly friendly; they were chill’, says Knudson. Aside from these apathetic natives, the park is in fact home to many endangered species, including the Chinese Giant Salamander. 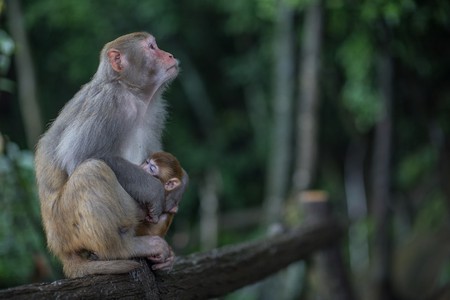 ‘This (below) is just of a simple bridge that acted as a pathway between parts of the mountain range.’ 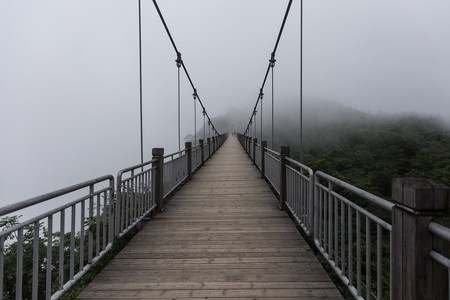