Is This Theme Park in China Home to the World's Most Terrifying Thrills? 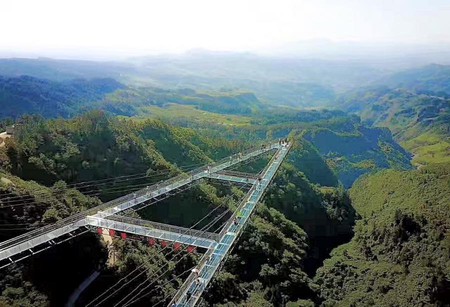 China’s Wansheng Ordovician Theme Park is not for the fainthearted – among other scare-inducing attractions, it’s home to the world’s longest glass footbridge. Fancy a sky walk to test your terror limits? Here’s everything you need to know.

For hair-raising experiences, China’s Wansheng Ordovician Theme Park takes some beating. Located 100 km (62 miles) from Chongqing, a major city in southwest China, the park is home to the largest concentration of sky-high attractions in the world.

Among its delights is the world’s longest glass footbridge, which hangs off a mountain 120 metres (390 feet) above ground. There’s also a swing on the edge of a 300 metre (1,000 foot)-high cliff. A thrill-seeker’s paradise or a nightmare of the highest degree? You decide.

The park’s star attraction is the world’s longest cantilevered glass walkway. The bridge is completely transparent so that you can appreciate (or not) the severe drop beneath the sheet of glass that supports you. At a cost of 40 million yuan (US$6.5 million) to construct, the bridge took one year to build and was accredited by Guinness World Records as the longest of its kind.

Seemingly floating in the sky, the walkway extends 80 metres (262 feet) from the cliff edge, and is suspended almost 121 metres (400 feet) above a gaping chasm. New rules dictate that no more than 30 visitors are allowed to stand on the bridge at any one time. 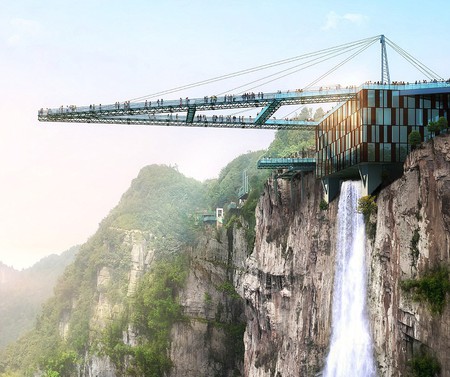 Not quite the relaxing time on the swings you used to enjoy as a kid in the local park, this attraction takes extreme swings to a whole new 1,000 foot (300 metre) level. Wearing only a harness, adrenaline junkies are pushed by a member of staff as they swing off the edge of a vertical cliff-face. Highly vertigo-inducing, it’s possibly better to take the plunge on a foggy day when you can’t see the terrifying drop below you. 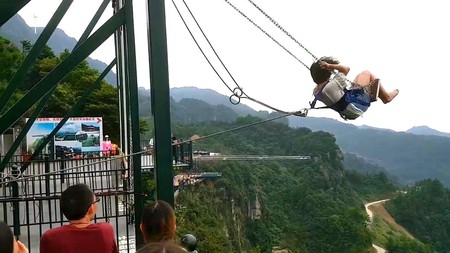 “Mind the gap” has never been more essential when walking across this 152 metre (500 foot)-high gap bridge in the sky. The bridge is essentially little more than a horizontal ladder with big gaps in between each ledge. Protected only by a harness, guests can truly live life on the edge as they precariously hop from one ledge to the next – trying not to fall between the cracks.