The Water Towns Route: A Road Trip Itinerary From Shanghai–Suzhou 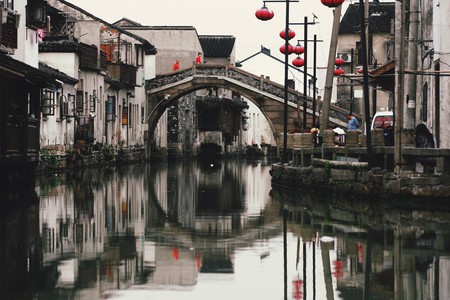 One of the most spectacular things about Shanghai is its position next to eight ancient water towns. These towns were built on canals, still have traditional architecture and are all between half an hour to two hours’ drive from the Bund. There’s a famous Chinese saying that translates as, ‘Above there is heaven. Below there are Suzhou and Hangzhou.’ These eight water towns deserve a similar saying.

Best for: Couples and history buffs 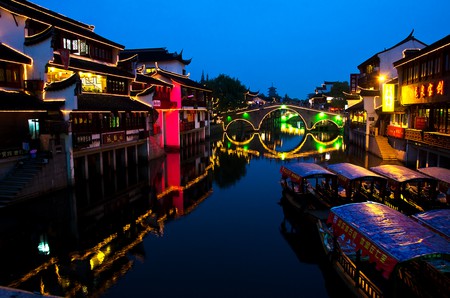 Qibao barely counts as a stop on a water town road trip as it is already located within Shanghai’s city limits; the distance and travel time written above is from The Bund to Qibao. The perfect town to whet your appetite for more, Qibao is known for its outrageous and delicious street food. At just a few streets long, Qibao is more like a mini-town. It is best enjoyed during the week, as it can get packed with tourists on the weekend. Highlights include the cheap shopping and the Qibao Winery. 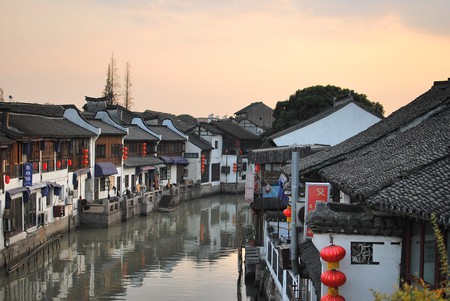 Zhujiajiao is also easily accessible from Shanghai, with buses from Shanghai South Railway Station departing throughout the day. Its accessibility also makes it one of the most popular water towns, but this has led to commercialisation and heavy weekend crowds. Highlights include the 36 ancient bridges, traditional architecture, and Dianshan Lake. 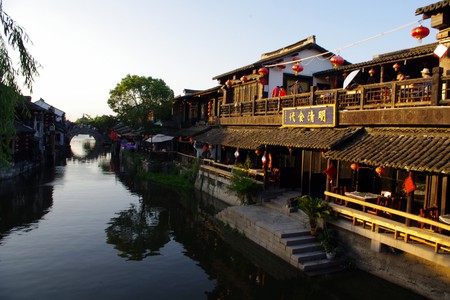 Smack dab in the middle of Shanghai, Hangzhou, and Suzhou is little Xitang, whose quiet, attractive houses were used to film the roof-hopping scene at the end of Mission Impossible III. It is the only one of the eight water towns to feature sheltered waterside streets, a unique feature of Chinese architecture called langpeng. Highlights include the Fastener Museum and West Garden. Entrance to the town is RMB100 ($15). 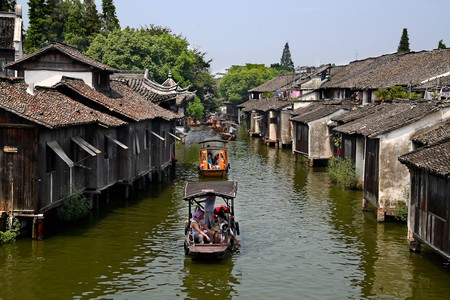 Wuzhen’s beauty is also its downfall. As possibly the most famous water town in China, Wuzhen attracts intense crowds, especially on the weekends. The town is split along the main canal into an east and west section, each charging separate entrance fees – RMB100 (US$ 15) for the east, RMB80-120 (US$12–17) for the west and RMB150 (US$22) for both. The east features a park with regular kung fu performances by a man atop a boat. The west is best visited at night when its renovated houses light up. Highlights include folk performances and craft workshops. 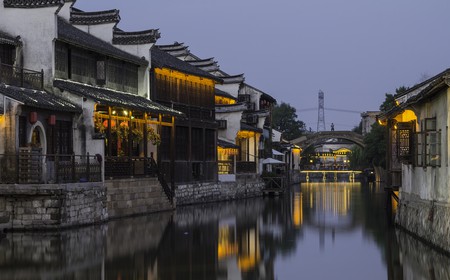 Peaceful Nanxun offers the perfect respite from the crowds of Wuzhen. This is one of the only water towns that hasn’t given way to commercialism. Visitors can enjoy the sight of locals relaxing by the canals and going about their daily business just as they have been for hundreds of years. Nanxun has a RMB100 (US$15) entrance fee that covers all attractions except boat rides. Highlights include Little Lotus Garden and Jiayetang Library. 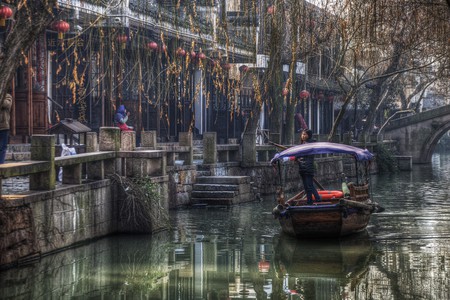 One of China’s oldest water towns, Zhouzhuang has become very popular and commercialized. It is also one of the prettiest towns of the bunch. Plenty of bridges, and Ming and Qing Dynasty residences, make for perfect picture opportunities, but beware of steep tourist prices. Entrance to the town is RMB100 (US$15) and highlights include Chengxu Temple and folk arts and crafts. 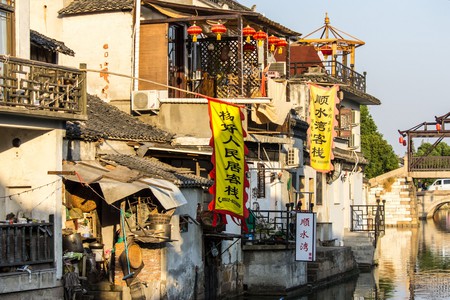 Tongli is one of the smallest water towns and one of the quietest. Tourists used to flock here for the China Sex Museum, but it has since closed, making Tongli a relaxing and crowd-free stop on the way to Suzhou. Its architecture is similar to that of Zhouzhuang, but on a much smaller scale. Highlights include 15 canals and more than 40 bridges. Entrance to the town is RMB100 (US$15).

Luzhi is virtually undiscovered by tourists. Its architecture, which dates back to the Song Dynasty (960-1279) has not been reconstructed, unlike that of most water town architecture, giving visitors a peak into ancient China that is rarely available these days. The town is surrounded by five lakes and is only a short drive from Suzhou, making it a worthwhile stop before arriving in the city. Highlights include the ancient residences and canal rides with singing boat-women.

Now you’ve made it. Suzhou is not considered a water town, but it does feature long canals with ancient bridges. Other highlights include the Humble Administrator’s Garden and Tiger Hill. While Suzhou is now a city home to 1.3 million people, its position on the lower reaches of the Yangtze River makes it feel cozy and intimate.