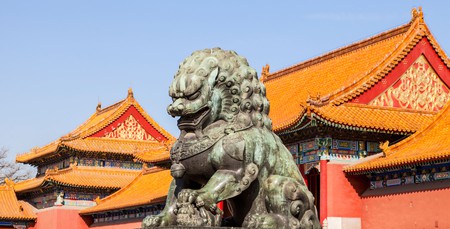 The Forbidden City in Beijing, China, should be on everyone's bucket list | © travellinglight / Alamy Stock Photo

China’s capital has endless activities and attractions for visitors to explore. Here is Culture Trip’s ultimate bucket list guide to this bustling megacity.

Beijing is a city where the old and new coexist in perfect harmony. Its rich history, cultural splendour and increasingly modern amenities have resulted in mountains of stuff to see and do – meaning narrowing down your itinerary is no easy task. To start you on the trip of a lifetime, Culture Trip has explored all facets of this electrifying city – bringing you the ultimate Beijing bucket list. 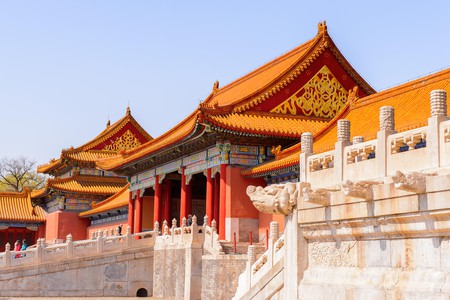 Home to eight distinguished UNESCO World Heritage sites, Beijing is undeniably a sprawling piece of living history. To experience all of these major historical landmarks is an ambitious task, so here is where to start. Located in the centre of Beijing, in all their glory, are the Imperial Palaces of the Ming and Qing Dynasties, including the Forbidden City. Visitors can explore both the Ming Dynasty and Eastern Qing Dynasty tombs during the same trip, due to their proximity. These landmarks are generally considered the most popular of Beijing’s attractions, and certainly among its most impressive.

Long considered a highly important burial and World Heritage site, the Western Qing tombs, completed in 1737, lie in the southwestern part of Beijing. A total of 78 members of the Qing Dynasty are buried here, including four emperors and their immediate families. The Western Qing tombs are lesser known to tourists, making it a more private site to experience.

The Peking Man site is an excavation site of ancient human remains dating back over 750,000 years. The many bones that were found aided palaeontologists significantly in understanding human evolution.

Featuring dazzling blue lakes, enchanting gardens and ancient palaces, the Summer Palace was an imperial garden during the Qing Dynasty – added to the World Heritage list in 1998. It is one of the more popular tourist attractions in Beijing, with visitors invited to admire it from both boat and land.

Trail the Great Wall of China 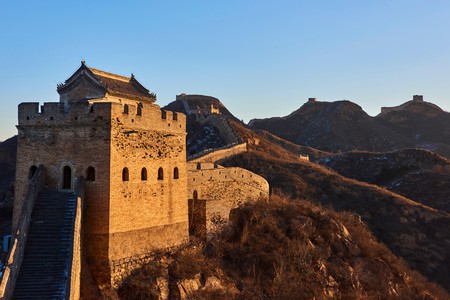 Stretching a whopping 13,171 miles (21,196 kilometres), the Great Wall of China is Beijing’s most famous entry on the World Heritage list. This massive fortification stone wall was constructed as early as the seventh century BC, and it still stands today. A hefty 356mi (573km) of the Great Wall are accessible in Beijing, making it a must for anyone looking to check off a major bucket-list site.

Hiking the Great Wall is one thing, but hiking the untouched parts of the wall is another. With a more rigorous terrain, off-roading like this can be daunting and dangerous – but for more adventurous and advanced hikers, it can be a once-in-a-lifetime climb. Culture Trip strongly advises that you seek out a tour guide for these ventures.

Climbers with the ambition to hike all the way can opt to camp on it, allowing them time to rest and prepare for longer expeditions. Camping on the Great Wall is an excellent way to truly immerse yourself in Chinese history and get a feel for what it must have been like traversing this massive structure in its heyday.

For adventure-seekers who are up for a challenge, running the Great Wall of China is an exhilarating way to experience the structure. The race varies in length – runners can choose to run 5.5mi (8.8km) or a half or full marathon. The Great Wall Race takes place in May each year, so if you’re interested, get your sneakers ready and start training.

For another unique bucket-list check, diving the Great Wall is another option. Unbeknownst to many, a large chunk of the wall has been submerged underwater since the construction of a nearby dam in 1977. This submersion now allows divers to get up close and personal with the sunken stone. Incredible architecture and aquatic life can now be spotted during the dive, making this an ethereal experience.

For a more family-friendly but still thrill-seeking adventure, tobogganing down the Great Wall is incredibly fun. The trip down is exhilarating and the views, breathtaking; plus, it makes getting down a whole lot faster.

Conquer the peak of Jingshan Park 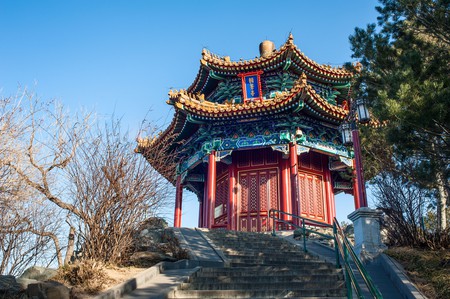 Jingshan Park is located directly north of the Forbidden City, encompassing 57 acres of history and urban parkland. The site’s artificial hill and pavilions were constructed during the Ming Dynasty and now serve as a lookout point to view Beijing’s city centre. From the peak of the hill, climbers can look out over the Forbidden City and gaze towards the Chinese capital’s glittering skyline. For a relaxing walk through history, climbing to the peak of Jingshan Park is compulsory. 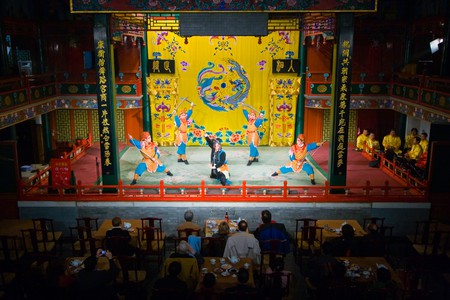 People watch the Peking Opera, a must for anyone visiting Beijing | © dbimages / Alamy Stock Photo

Peking Opera is highly valued in Chinese culture. Dating back to the Qing Dynasty, this art form is a portrayal of Chinese history and folklore that has survived the test of time. The opera comprises traditional music and makeup, vibrantly coloured costumes and tales that reflect the country’s history. Peking Opera is regarded as an important visualisation of the past, and a cornerstone of Beijing culture, making it essential to any bucket list. 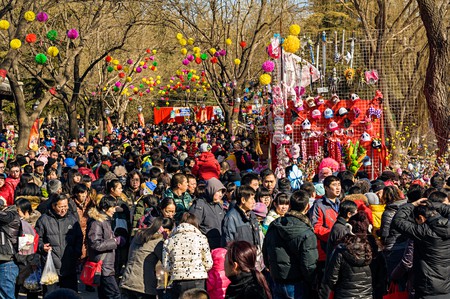 Nothing says “ultimate” more than celebrating major Chinese holidays in the country’s capital city. Where traditions run deep, and celebrations are engrained in the local culture, Beijing is the place to get your party on during the following holidays.

Celebrating Chinese New Year in Beijing is a must. Traditionally, Chinese New Year was a time to honour ancestors. Yet as time has passed, it has transformed into a celebration of life; family and friends gather for a reunion dinner to wish for good health, a long life, happiness and prosperity. Chinese New Year holds huge cultural significance and experiencing it firsthand should be on everyone’s bucket list.

The Spring Festival is an extension of the New Year. With thousands of people celebrating in Beijing, it can get chaotic – but it is an experience unlike any other. The festivities last an impressive 15 days, and during this time, multiple events pop off across the capital.

The Mid-Autumn Festival, otherwise known as the Harvest Moon Festival, is another great holiday to add to your Beijing bucket list. The festival celebrates the harvest during the autumn season, with friends and family gathering to give thanks and pray. During this time, enormous amounts of mooncakes are consumed, and Chinese culture is celebrated throughout the city, making for a relaxing, joyous time to experience Beijing. 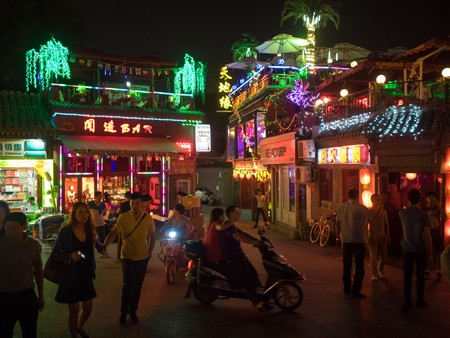 People are out and about enjoying the nightlife in Beijing, China | © ONEWORLD PICTURE / Alamy Stock Photo

There is no better way to end an eventful excursion filled with bucket-list checks and adventure than by participating in some Sanlitun boozing. This urban drinking oasis is located in Beijing’s Chaoyang District, filled with bars and late-night eats perfect for ending a long day.

Beijing’s bars can be broken down into four major categories: karaoke, high-end, one-off boutique and pumping clubs. With China’s drinking culture being as predominant as it is, this bar-filled sub-district is key to experiencing the real Beijing.