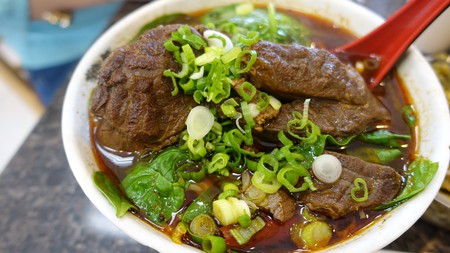 In Shanghai, as in most Chinese cities, it may seem like there’s a halal beef noodle shop on every corner. But according to a decades-old social agreement, such shops must maintain a distance of 1300 feet (400 meters) or suffer the consequences. Although the agreement holds no water in court, its backers have power in numbers, and in cultural solidarity.

When Shanghai resident Xian Guolin opened a noodle shop in Shanghai’s bustling People’s Square neighborhood, he expected his halal offerings to be a success. But soon, his RMB1.5 million ($218,000) investment seemed destined for failure. The shop was losing RMB4500 ($654) a day. The loss wasn’t because his noodles weren’t good. Instead, customers simply couldn’t get in. His shop was being blockaded by rival noodle shop owners who claimed he was violating the Shaanxi-Ningxia-Gansu treaty.

The Shaanxi-Ningxia-Gansu treaty is a social pact that prohibits Hui Muslims from opening halal noodle shops within 1300 feet (400 meters) of each other. The pact was formed in the eponymous provinces, all of which have a large Hui Muslim minority population. It originally stated, according to restaurateurs, that a Hui village could only have one noodle shop at a time.

However, when many Hui people moved east, the pact moved with them. Maintaining their halal customs when they migrate is necessary for the minority’s cultural survival, Pomona College anthropology professor Dru Gladney told the New York Times. Unsurprisingly, the halal food industry has thrived. Lanzhou Beef Noodle restaurants have become ubiquitous, not just within Lanzhou, the capital of Gansu province, but in all cities the Hui people have moved to. 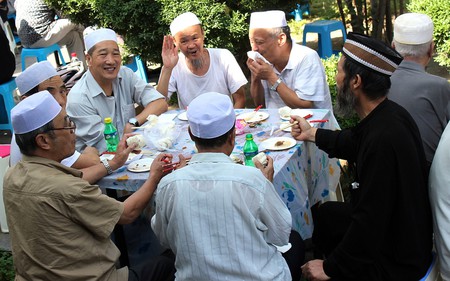 Reactions to Mr. Xian’s plight were mixed. Many netizens condemned the protesters, and even the Islamic Association of Qinghai got involved. The association denounced the treaty and said Mr. Xian’s shop promoted healthy competition. Other Shanghai noodle shop owners, however, seemed to agree with the protesters. “We worked so hard to climb our way up, so we can’t tolerate people who do not respect the treaty,” said fellow Hui restaurateur Ma Yi Buo La. “People who don’t abide by the treaty, they’re not good people.”

As halal eating becomes more and more popular, the treaty is starting to seem outdated and a bit ridiculous. Yet, most Hui noodle shop owners still observe it. “I have a big family to support. If one restaurant ignores the treaty, the rules will be broken, and more restaurants will follow suit,” protest organizer Ma Jinglong told Chinese publication Sixth Tone. 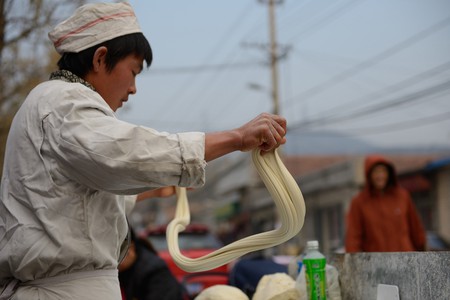 Had Mr. Xian taken his case to court, he likely would have won, as the “treaty” has no legal binding. Instead, Mr. Xian, rejecting a RMB300,000 ($43,600) buyout, appeased his rivals by dropping the halal logo and the word “beef” from his sign.

If you are interested in supporting Mr. Xian, you can visit his new Pudong location at 98 Liuhe Rd.